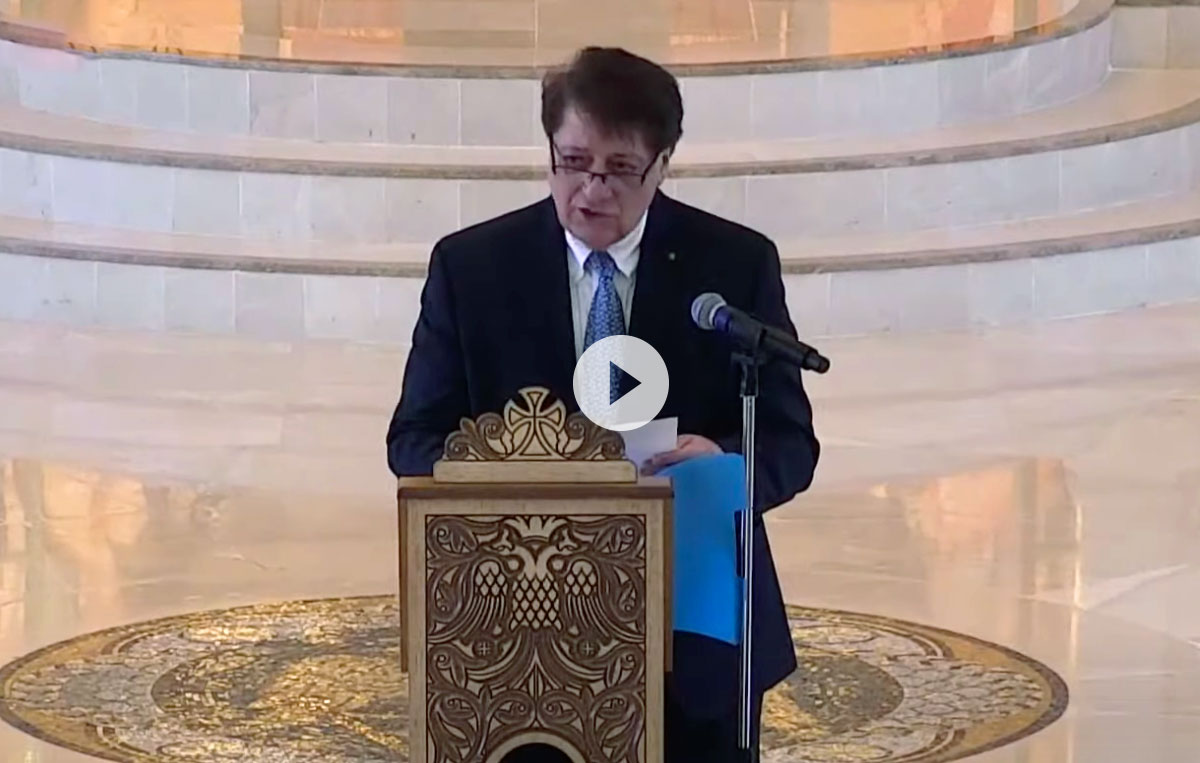 Dr. Kartalopoulos, an emeritus Chaired professor of the University of Oklahoma, explained that when the Greeks revolted after almost four centuries of Ottoman oppression, “they had no military training, and no organization. They had no military equipment, and no battleships. They were against a mega-empire that had hundreds of thousands of armed soldiers, and a navy equipped with modern guns.”

However, Dr. Kartalopoulos explained, “Greeks had something no one else had: deep faith in God, and unshakeable patriotism that was based on a strong foundation of democratic ideas and values.” He added: “They had the Hellenic Spirit. For thousands of years, it was handed down from generation to generation. Like a beacon, its light shined to the civilized world. Four centuries of oppression could not dim this light.”

Noting that the American Revolution took place just a few decades before the Greek Revolution, Dr. Kartalopoulos pointed out that the American Founding Fathers were deeply influenced by principles that Greek thinkers originated: “They found many ideas in the ancient constitutions of the Hellenistic Lycian League (a confederation of 23 ancient Greek cities in Lycia, Asia Minor), and in the Achaean League in Peloponnese, and in the Athenian democracy.”

In his State of the Union addresses in both 1822 and 1823, U.S. President James Monroe spoke in support of the Greek struggle for independence; Thomas Jefferson and Daniel Webster also expressed their admiration for the Greek freedom fighters.

According to Dr. Kartalopoulos, American citizens George Jarvis, Dr. Samuel Howe, and Jonathan Miller, “organized Greek Relief Funds, and shipped clothing, food items and medical supplies to Greece. Similarly, American Colleges, Churches and U.S. Army officers contributed funds. Theaters staged productions and dedicated the proceeds to the Greek cause. And, in admiration of their bravery, cities in the U.S. were named after heroes of the Greek War for Independence, such as Ypsilanti, Michigan (in 1826), after Ypsilantis.”

Dr. Kartalopoulos also explained how the struggle between Greece and Turkey is not over. Turkish belligerence extends even to the cultural sphere: “Christian churches and monasteries in Turkey, most have been demolished, or converted to social clubs, or to Mosques. Just few months ago, despite the worldwide outcry, the Hagia Sophia Museum and the Hora Museum, both UNESCO-protected, were arbitrarily converted to Mosques. And, as we speak, the Ecumenical Patriarchate in Istanbul (Constantinople) still endures pressure in many forms, despite the many efforts of the Archons of the order of St Andrew.”