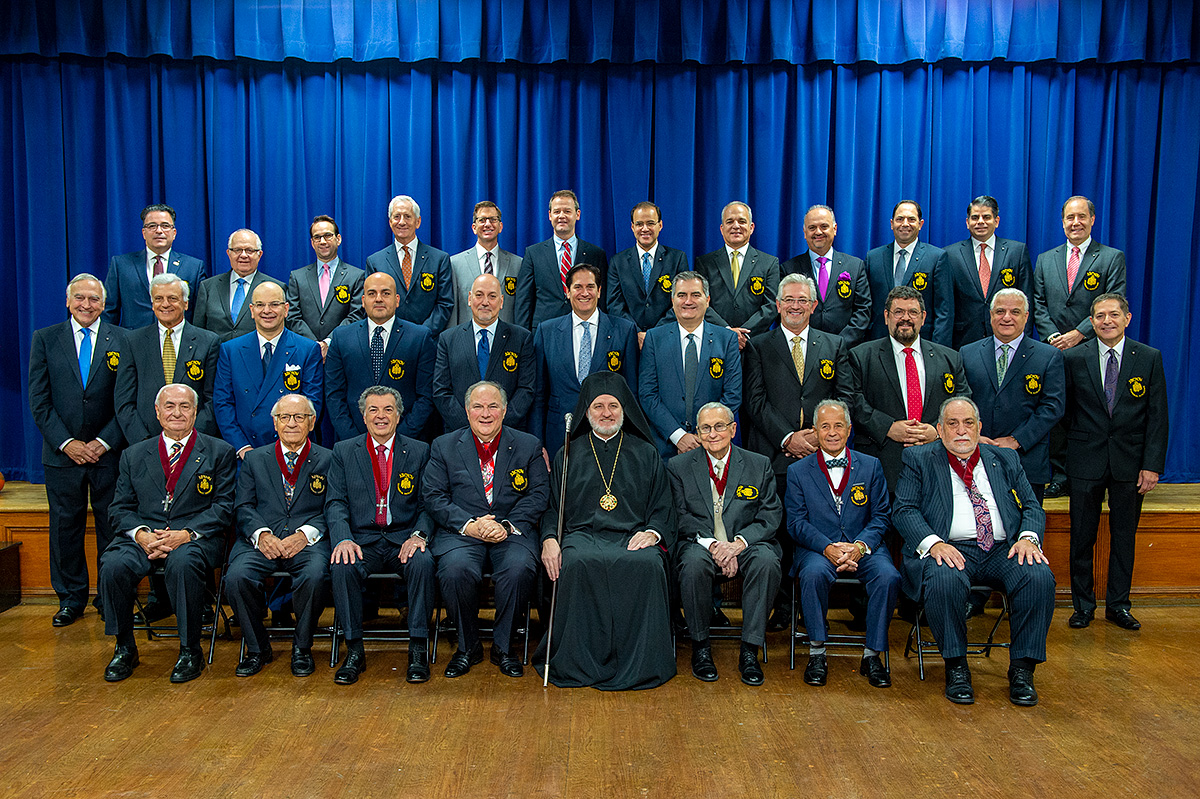 His Eminence Archbishop Elpidophoros of America pictured with members of the Executive Committee of the Order of Saint Andrew and the Archon Class of 2019.
© J. Mindala

The Exarch of the Ecumenical Patriarchate, His Eminence Archbishop Elpidophoros of America, in the presence of His Beatitude Metropolitan Epiphaniy of Kyiv and All Ukraine, presided at the Investiture of twenty-four new Archons from throughout the United States, following the Divine Liturgy at the Archdiocesan Cathedral of the Holy Trinity, on Sunday, October 20, 2019.

His Eminence told the new Archons: “Today is truly a day of rejoicing in the Church, for we embrace new Archons of the Ecumenical Throne – new defenders of the Faith, who have committed themselves to the Great Church of Christ with all their heart, soul and mind.” His Eminence also stated: “As you wear the Archon cross, the insignia of your devotion, so you will be called to bear the Cross of the Lord, and to live sacrificially for the Mother Church of Constantinople.” He concluded: “Your Office as an Archon is part of the healing, an antidote to the poisons of duplicity and falsehood that is being perpetrated in the Church today. Embrace your Offikion with that joy of the Resurrection! It is none other that His All-Holiness himself who chose the title for you, out of his love for you and appreciation of your dedication to the Great Church of Christ. You are all most worthy of this noble honor!”

The National Commander of the Order of Saint Andrew the Apostle, Dr. Anthony J. Limberakis, explained: “The Archons represent the nobility of the Church, both in Byzantine and modern times, and with this noble characterization is associated an extraordinary responsibility, noblesse oblige, to continue sustained and distinguished service to the Church. It is the Archon who is the most ardent supporter of the Ecumenical Patriarchate and serves as a goodwill ambassador of the Phanar in his daily life.”

During the solemn Archon Investiture service, Archbishop Elpidophoros presented each Archon with the Cross of St. Andrew along with the official Patriarchal Certificate specifying the offikion designated by His All-Holiness for each Archon.