This Executive Summary of the 2019 State Department Report on Religious Freedom in Turkey provides evidence that nothing has changed: Turkey has made little or no progress, and as in past years, continues to be listed as an egregious violator of religious freedom. The Order reiterates our hope that the international human rights community will direct its attention to the plight of the Ecumenical Patriarchate and of all Christians and other religious minorities in Turkey, and that the Turkish government will heed the repeated calls to grant full religious freedom to its embattled Christian minority. 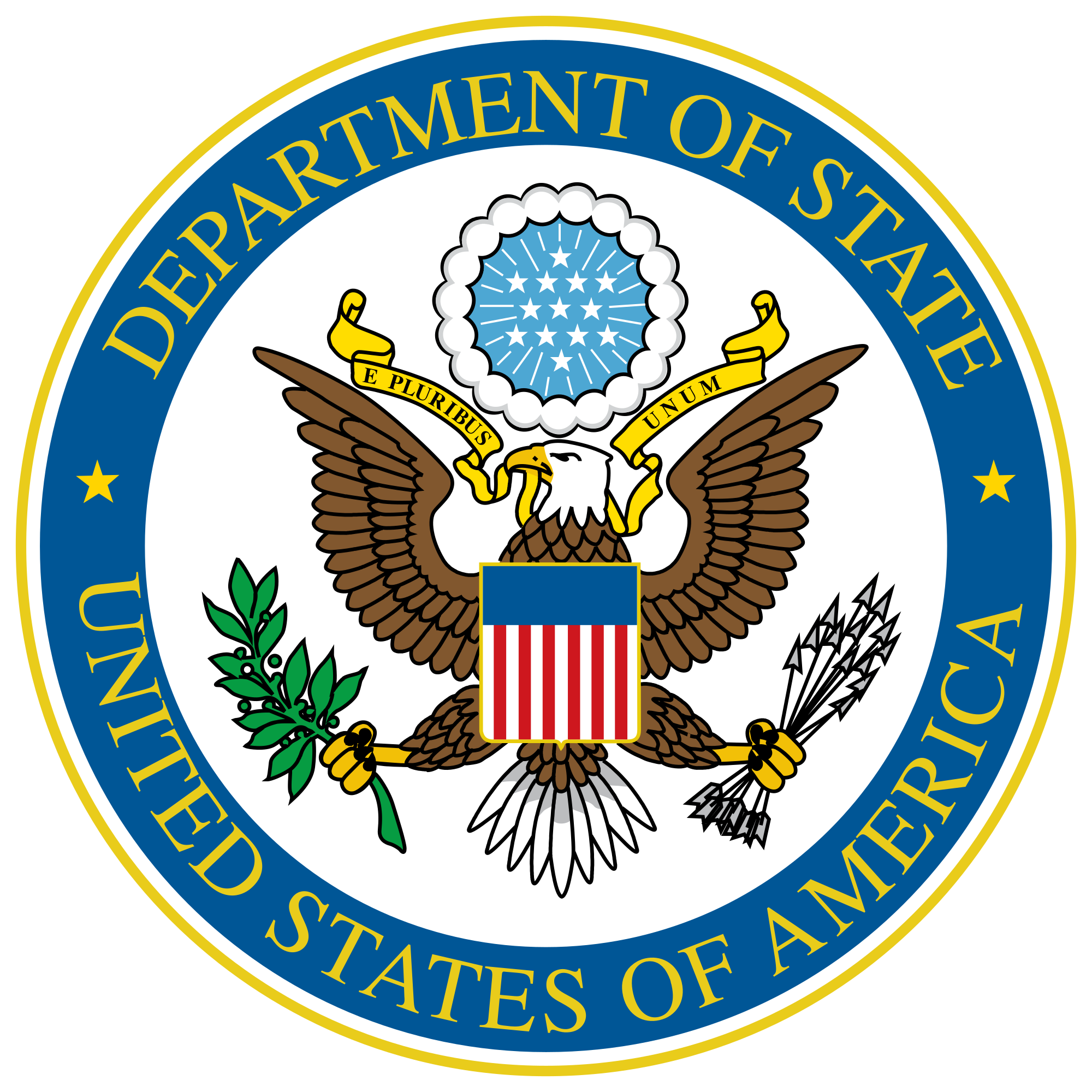 The constitution defines the country as a secular state. It provides for freedom of conscience, religious belief, conviction, expression, and worship and prohibits discrimination based on religious grounds. The Presidency of Religious Affairs (Diyanet), a state institution, governs and coordinates religious matters related to Islam; its mandate is to promote and enable the practice of Islam. The government continued to limit the rights of non-Muslim religious minorities, especially those not recognized under the government’s interpretation of the 1923 Lausanne Treaty, which includes only Armenian Apostolic Orthodox Christians, Jews, and Greek Orthodox Christians. Media outlets and nongovernmental organizations (NGOs) reported an accelerated pace of entry bans and deportations of non-Turkish citizen leaders of Protestant congregations. The government did not recognize the right to conscientious objection to military service. In January the European Court of Human Rights (ECHR) ruled the government violated the European Convention on Human Rights because it refused to allow Seventh-day Adventists to establish a foundation. In October a court ruled the Ministry of Interior and the eastern city of Malatya, Malatya Governorate, were not liable in a 2007 case involving the killings of three persons in an attack on a Christian publishing house. The Armenian Apostolic Orthodox community elected a new patriarch in December; members of the community and rights organizations criticized government interference in the election process. Minority communities continued to object to the prevention of governing board elections for religious foundations. The government continued to restrict efforts of minority religious groups to train their clergy, and the Greek Orthodox Halki Seminary remained closed. Religious minorities again reported difficulties opening or operating houses of worship; resolving land and property disputes and legal challenges of churches whose lands the government previously expropriated; operating or opening houses of worship; and obtaining exemptions from mandatory religion classes in schools. The government did not return any church properties seized in previous decades. Religious minorities, particularly members of the Alevi community, raised challenges to religious content and practices in the public education system. In March President Recep Tayyip Erdogan publicly raised the possibility the status of the Hagia Sophia in Istanbul could be changed from a museum to a mosque. With President Erdogan in attendance, the Syriac Orthodox community broke ground in August on a new church in Istanbul, the first newly constructed church since the country became a republic in 1923. In May President Erdogan inaugurated the country’s largest mosque, which may accommodate up to 63,000. The government continued to provide security support for religious minority communities and paid for the renovation and restoration of some registered religious properties.

In May a Muslim televangelist associated with a private television station converted a 13-year-old Armenian boy living in Turkey to Islam during a live broadcast without his parents’ permission. Members of the Armenian community and members of parliament (MPs) denounced the action. According to media reports, isolated acts of vandalism of places of worship continued to occur. In October unidentified individuals wrote on the door of the home of the president of Bursa’s Pir Sultan Abdal Association, an Alevi organization, “It is your time for death.” In February an unidentified person or persons sprayed graffiti on the Surp Hreshdagabet Armenian Church in the Balat District of Istanbul with derogatory messages on the door and walls. Anti-Semitic discourse continued in public dialogue, particularly on social media. In July a video posted on social media showed children at an apparent summer camp being led in chants calling for “death to Jews.” In January the premier of the film Cicero generated controversy and condemnation when the scenery for the premier’s red-carpet walk depicted features of a concentration camp, including striped uniforms draped on barbed-wire fencing and guard dogs. Some progovernment news outlets published conspiracy theories involving Jews and blamed Jews for the country’s economic difficulties and potential sanctions. In October social media users and media outlets shared photographs of anti-Christian and anti-Semitic posters hung at municipal bus stops in the central Anatolian town of Konya by the local branches of the Anatolian Youth Association and National Youth Foundation. In December the local prosecutor’s office in Konya said in a statement it would not pursue prosecution in the case because the act in question did not present “a clear and eminent threat to the public safety.”

The Ambassador, visiting senior U.S. officials, and other embassy and consulate officials continued to engage with government officials to emphasize the importance of respect for religious diversity and equal treatment under the law. Embassy and consulate representatives and visiting U.S. government officials urged the government to lift restrictions on religious groups, make progress on property restitution, and address specific cases of religious discrimination. Senior officials continued to call on the government to allow the reopening of Halki Seminary and to allow for the training of clergy members from all communities in the country. Embassy and consulate officials also met with a wide range of religious community leaders, including those of the Greek Orthodox, Jewish, Armenian Apostolic Orthodox, Catholic, Protestant, Alevi, and Syriac Orthodox communities, to underscore the importance of religious freedom and interfaith tolerance and to condemn discrimination against members of any religious group.

The Ambassador, Charge d’Affaires, other embassy and consulate officials, and visiting U.S. officials regularly engaged with government officials throughout the year, including at the Ministry of Foreign Affairs, Diyanet, and GDF. They underscored the importance of religious freedom, interfaith tolerance, and condemning hateful or discriminatory language directed at any religious groups.

U.S. officials also provided overviews of the 2018 International Religious Freedom report in private meetings with government officials. They offered to hear from government representatives specific claims of potential religious freedom issues raised by local religious communities and how best to collaborate between the governments of the two countries to protect and respect religious freedom.

The Secretary of State and other senior U.S. government officials continued to urge government officials to reopen the Greek Orthodox seminary in Halki and allow all religious communities to train clergy in the country. In May the Charge d’Affaires and the Istanbul Consul General visited Halki to demonstrate ongoing interest in the reopening of the seminary. In October staff of the consulate general in Istanbul joined representatives from 24 other missions and the foreign ministry to visit Halki with Ecumenical Patriarch Bartholomew I. In April the Charge d’Affaires attended Easter services at the Greek Orthodox Cathedral of St. George to show support for religious minorities.

In March embassy officials met with the leaders of a recently renovated Greek Orthodox Church in Antalya to learn more about the community’s concerns and aspirations for its growing congregation, and to express the U.S. government’s interest in promoting religious freedom in the country.

In September the Principal Officer of the consulate in Adana attended the annual Mass at the historic Armenian Akdamar Church near Van in the east of the country, officiated by the acting Armenian patriarch, to emphasize U.S. government support for religious minorities in the country.

In April the Istanbul Consul General traveled to the city of Edirne to visit Muslim, Jewish, Christian, and Baha’i historic sites and demonstrate the U.S. government’s commitment to religious freedom. In May senior embassy officials hosted a Jewish community leader at the embassy to learn firsthand about the community’s views and concerns.

In January a senior embassy official attended a Holocaust Remembrance Day ceremony at Ankara University with senior host government officials and the leadership of the country’s Jewish community. Local media provided positive coverage of the event.

Senior U.S. embassy and consulate officials regularly engaged with a wide range of religious community leaders to hear and address their concerns, visit their places of worship, and promote interreligious dialogue. Officials from the embassy and consulates met with members of the Greek Orthodox, Jewish, Armenian Apostolic Orthodox Christian, Armenian Protestant, Armenian Catholic, Protestant, Alevi, Syriac Orthodox, Syriac Catholic, Roman Catholic, Chaldean, Church of Jesus Christ, and Baha’i Faith communities, among others, throughout the country. The embassy and consulates utilized Twitter, Facebook, and Instagram to emphasize the importance of the inclusion of religious minorities, including messages under hashtags such as #DiniOzgurluk (religious freedom) on designated days that recognized and underscored the U.S. government commitment to religious freedom and human rights.