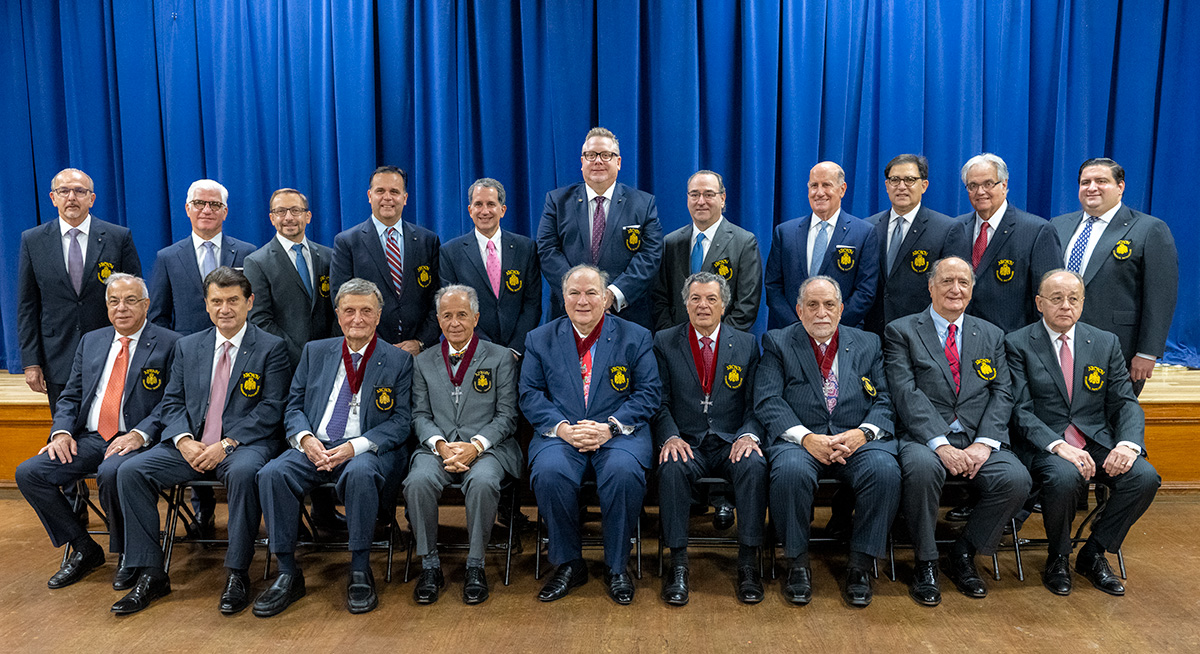 His All-Holiness Ecumenical Patriarch Bartholomew, in the presence of His Eminence Archbishop Elpidophoros of America, presided at the Investiture of eighteen new Archons from throughout the United States, following the Divine Liturgy at the Archdiocesan Cathedral of the Holy Trinity, on Sunday, October 31, 2021. The new Archons have dedicated themselves to the protection and defense of the Mother Church of Constantinople.

His All-Holiness told the new Archons: “We observe that the titles of Archons conferred on you and henceforth borne by you, represent significant public and ecclesiastical ministries and offices in the history of the Eastern Roman Empire and our Orthodox Church. They presuppose education, legal knowledge, diplomacy, linguistic skills, high intelligence and, above all else, devotion to the sacred mission of the Church and our People’s sacred traditions.”

His All-Holiness also stated: “Archons have always offered manyfold and invaluable contributions to the Church and our Nation, and they continue to this day their service, organized into two Brotherhoods – the Order of St. Andrew, to which you all now belong, and the Brotherhood of ‘Panagia Pammakaristos’ comprising members outside of the United States. These around 1500 Archons throughout the world contribute in many ways and effectively to the support of the multidimensional and sacred work of the Mother Church, as well as to the defense of its inalienable rights, as demonstrated by the immense and admirable initiatives of the Order of St. Andrew under the dynamic leadership of Archon Aktouarios Anthony Limberakis.”

The National Commander of the Order of Saint Andrew the Apostle, Dr. Anthony J. Limberakis, said: “The Archons represent the nobility of the Church, both in Byzantine and modern times, and with this noble characterization is associated an extraordinary responsibility, noblesse oblige, to continue sustained and distinguished service to the Church. It is the Archon who is the most ardent supporter of the Ecumenical Patriarchate and serves as a goodwill ambassador of the Phanar in his daily life.”

Because of the COVID-19 pandemic, the Investiture of the new Archons was postponed last year. At the 2020 Archon Weekend, which was held virtually, Dr. Limberakis explained that the investiture had to be conducted in person, as it was akin to an ordination, a solemn commitment on the part of the new members to commit themselves to the Holy Great Church of Christ with all their heart, soul, mind, and strength.