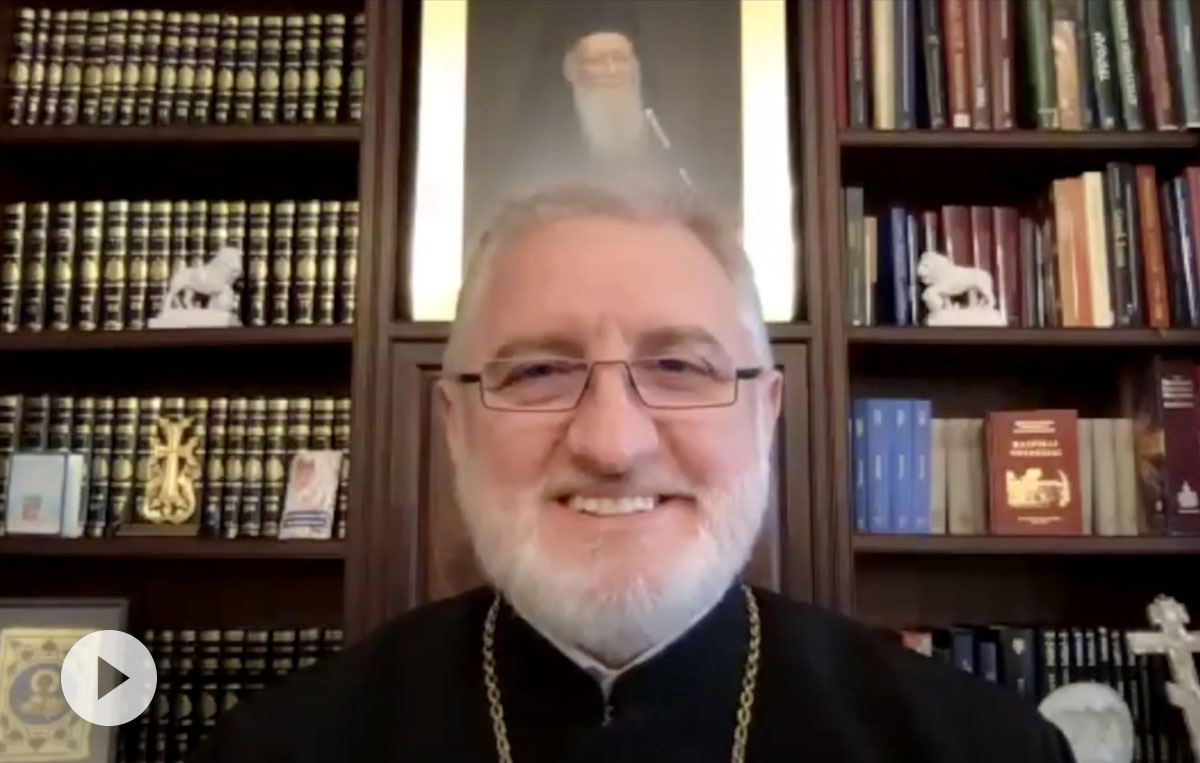 With the blessings of His Eminence Archbishop Elpidophoros of America, the Seventeenth Annual National Archon Lenten Retreat of the Order of Saint Andrew the Apostle, Archons of the Ecumenical Patriarchate, was held on Saturday, April 3, 2021. His Eminence Archbishop Elpidophoros served as the retreat master, speaking on the theme of “Retreat: the Spiritual Sabbath.”

Dr. Anthony J. Limberakis, National Commander of the Order of Saint Andrew, introduced the Retreat by recalling that this was not the first time His Eminence had led the National Archon Lenten Retreat, as he did so in 2009, while an Archimandrite and Chief Secretary of the Holy and Sacred Synod of the Ecumenical Patriarchate.

Archon Peter Skeadas, Spirituality Committee Chair, stated: “Each year, during the Great and Holy Lent, the National Archon Lenten Retreat provides for a period of tranquility and spiritual illumination. This year, amidst an unfathomable worldwide pandemic crisis, we welcome the reconnection with God during a period of fasting and prayer.”

His Eminence noted that “the word ‘retreat’… is both a verb and a noun. And as both, it has a number of meanings. We recognize that there is double meaning when we say that ‘we are in retreat.’ Depending on the context, it could mean that we have turned tail and run away in the face of a stronger adversary. Or it could mean what we are doing today, that we are taking time out of our lives to create space – to create a pause – so that we can probe the deeper meaning of our existence.”

His Eminence stated that “when we engage in retreat, we engage in a divine activity,” a spiritual Sabbath, for which he enunciated four principles:

First, it is a divine activity, blessed and sanctified by God.

Second, its purpose is to connect us more closely to the Lord of the Sabbath, Jesus Christ.

Third, pausing in retreat to sanctify our time and to catch a taste of eternity.

Fourth, to enter retreat, which requires a change of heart, more than a change of place. It may only take a moment, but it must be intentional, full of purpose, and motivated by love.

His Eminence concluded: “We are called to keep the spiritual Sabbath, and to keep it holy. May we ever be so blessed to pause with our Lord, in love and thanksgiving. Thus, we shall also attain to His Glorious Resurrection on the Third Day; through the prayers of the Holy Theotokos and the First-Called Apostle Saint Andrew. Amen.”

Archon Michael Psaros, Spirituality Committee Co-Chair expressed the gratitude, respect and love of the Archons for His Eminence Archbishop Elpidophoros.