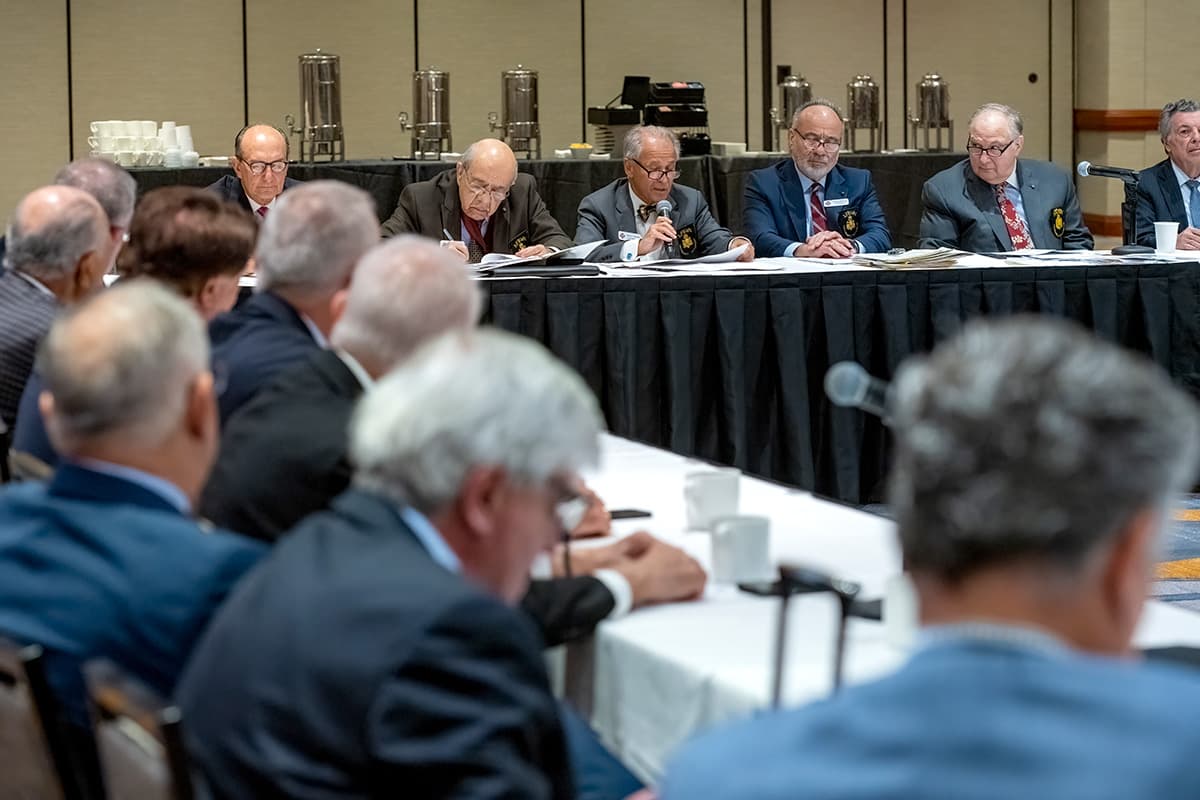 Several reports were offered during the Joint Meeting. (Photo by J. Mindala)

On Friday, October 7, 2022, during the Order of Saint Andrew the Apostle’s annual Archon Weekend, a meeting was held that included members of the National Council, Regional Commanders and Engagement Committee Chairs and Vice Chairs at the New York Hilton Midtown Hotel. The participants offered an overview and briefing regarding regional Archon activities in their respective Metropolises and planned activities of the Engagement Committees.

After an invocation by Rev. Protopresbyter Alexander Karloutsos, Spiritual Advisor of the Order, and the reading of the Epistle and Holy Gospel lessons of the day, Archon Anthony J. Limberakis, MD, National Commander of the Order, welcomed those who were in attendance. Archon Gus M. Pablecas, National Secretary of the Order, called the roll and read the minutes of the National Council Meeting of September 2, 2022, which were approved. Archon Peter J. Skeadas, the Order’s National Treasurer, then offered a Treasurer’s Report, presenting Bills for Approval and an update on the Exarch’s Appeal.

Following the Treasurer's report, the Financial Statements for the years ending December 31, 2021 and December 31, 2020, as prepared by the OSA Auditors BDO and represented by Jeremy Meisel was reviewed with the National Council, including the Audit Wrap-up Report. Mr. Meisel pointed out that as stated in the Financial Statements, that following the review of the books and records, the Independent Auditors report concluded that in their opinion, the “financial statements present fairly in all material respects, the financial position of the Order as of December 31 and 2021 and 2020, in accordance with accounting principles generally accepted in the United States.”

Dr. Limberakis then provided an update on the status and activities of the Ecumenical Patriarch Bartholomew Foundation.

After a discussion of old and new business, the meeting was adjourned with a benediction from Fr. Alexander Karloutsos.

View Photos of the Joint Meeting