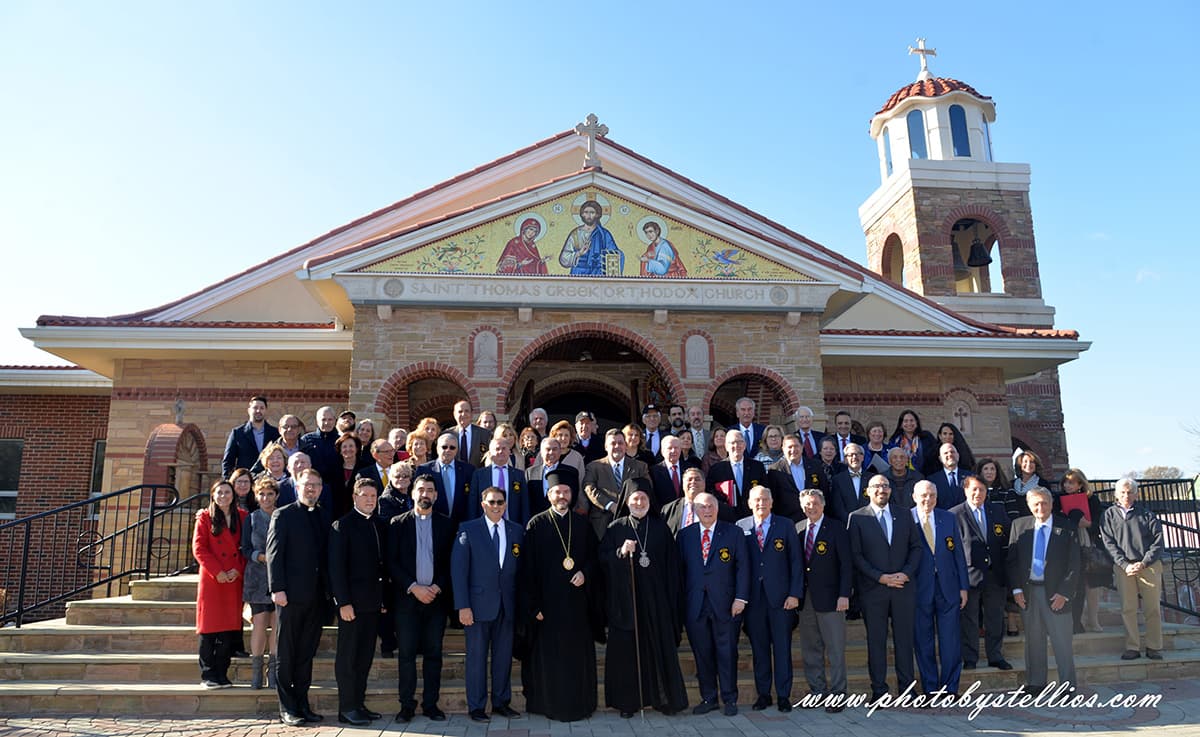 In the presence of His Eminence Archbishop Elpidophoros of America, His Grace Bishop Apostolos of Medeia, six Greater Philadelphia priests and deacons, the Consul of the Hellenic Republic, Dimitris Papageorgiou, and over one hundred attendees, the Archons of Greater Philadelphia hosted their seventh Symposium, and for the first time, at Saint Thomas Greek Orthodox Church in Cherry Hill, New Jersey on November 19, 2022. The Symposium focused on the Ecumenical Patriarchate under Ottoman rule and the events leading up to, as well as the ramifications following, the Great Catastrophe of Smyrna in 1922. The Symposium was live-streamed and video-recorded for future reference. 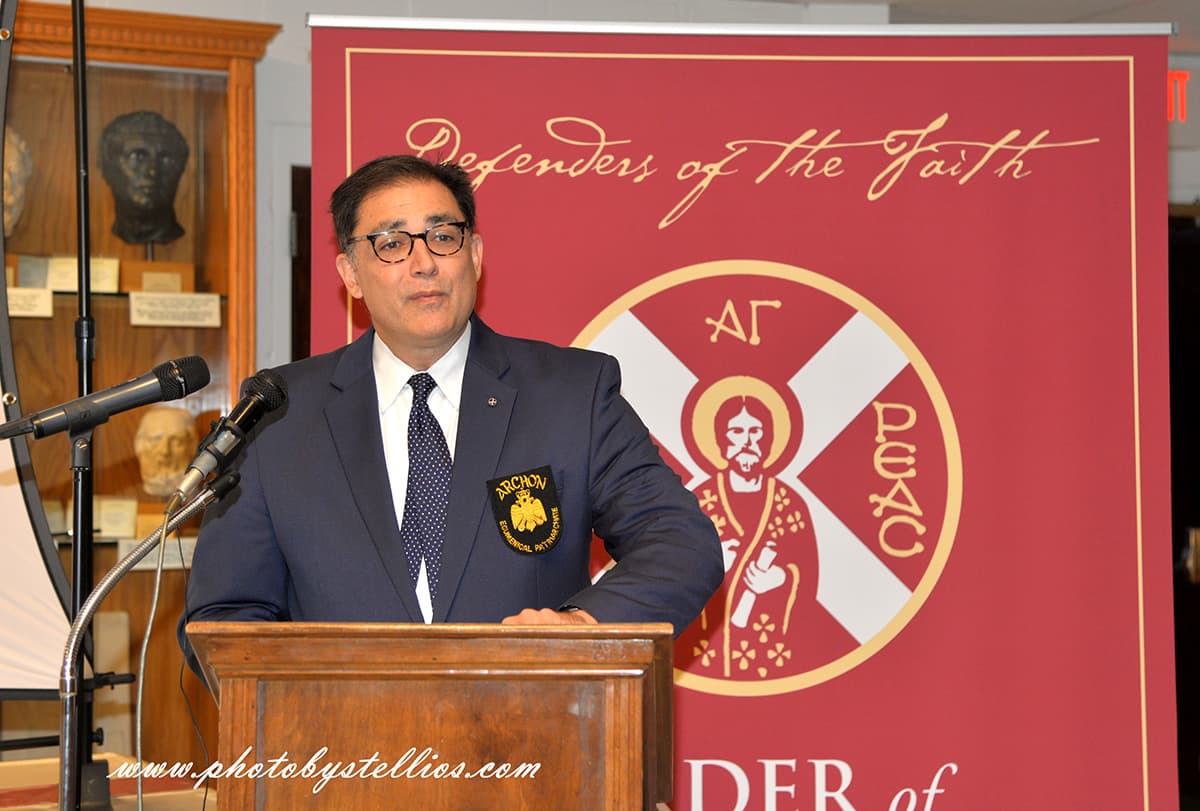 The featured speaker was a noteworthy scholar and authority of the Ottoman period, Anastasios “Tom” Papademetriou, PhD, Professor of Historical Studies at Stockton University in New Jersey. Dr. Papademetriou, Archon Didaskalos tou Genous, was joined by 20 of his brother Greater Philadelphia Archons in the audience. The Order of Saint Andrew the Apostle, Archons of the Ecumenical Patriarchate, of the Greater Philadelphia area underwrote the program.

The program chairman and moderator was Cary J. Limberakis, DMD, Archon Aktouarios and Regional Commander for the Metropolis of New Jersey. Dr. Limberakis began by explaining the nature and mission of the Archons of the Ecumenical Patriarchate, noting that “as defenders of the faith, the Order of St. Andrew’s special concern is to protect the Ecumenical Patriarchate, and to that end, it has developed a multifaceted, global strategy to address the religious freedom deficit in Turkey which has pervaded that country since its inception following World War I.” 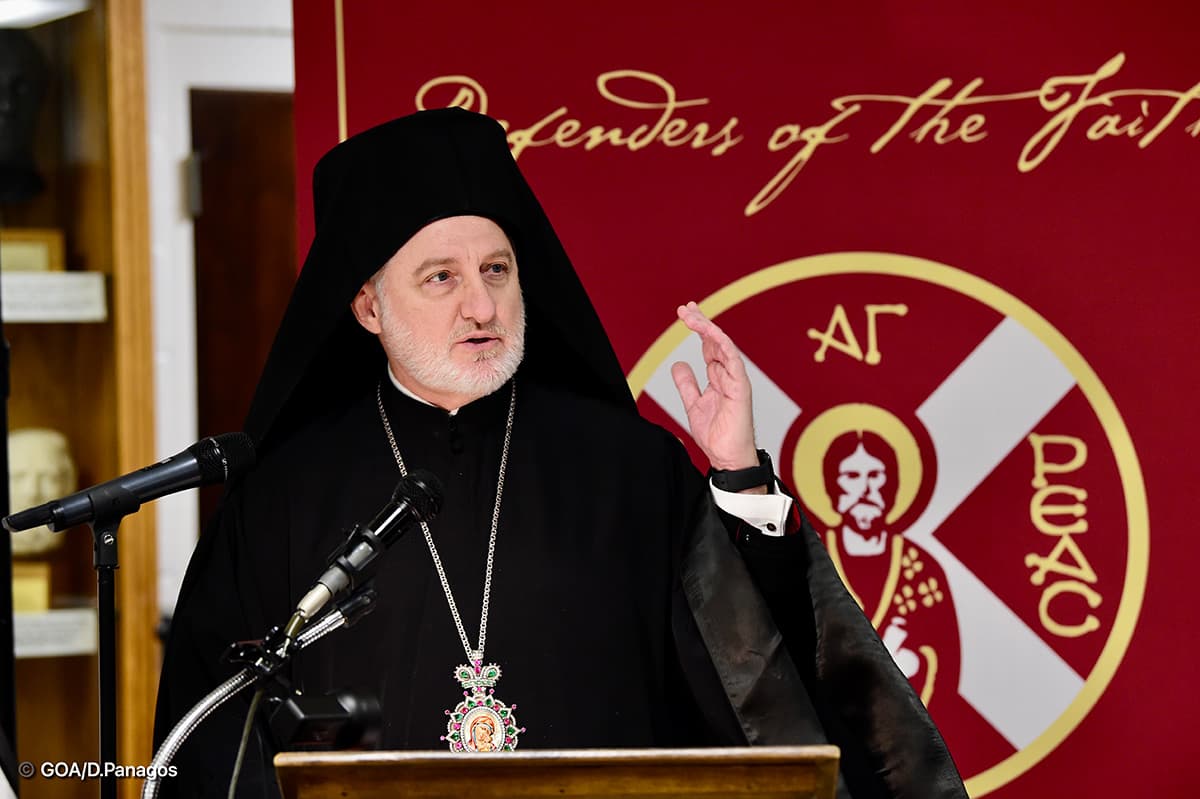 The Symposium was steeped in the history of the Mother Church and its martyria and diakonia. In his opening remarks, His Eminence Archbishop Elpidophoros said: “Our Mother Church has always possessed the patience and faith to continue its spiritual mission under any circumstances. The period under Ottoman rule was difficult and at times very turbulent, but the Ecumenical Patriarchate found its path to service for the entirety of the Church…. We should never discount the Magnalia Dei – the wondrous acts of God that accompany the Church on Her earthly sojourn. Even the greatest defeats can open doors unforeseen and unexpected. The difference is a matter of faith.”

Echoing His Eminence’s reminder of our Church’s resilience and power to endure, Dr. Papademetriou presented a litany of fateful events during the 400-year period of Ottoman rule that the Ecumenical Patriarchate not only survived but utilized as opportunities to carry out its sacred mission and expand it even further. Timelines, photographs and actual accounts brought clarity and realism to each lecture. Dr. Papademetriou’s presentations filled the gap in historical knowledge of all too many Greek Orthodox faithful and reminded them of all-important truths that they are duty-bound to convey to future generations. 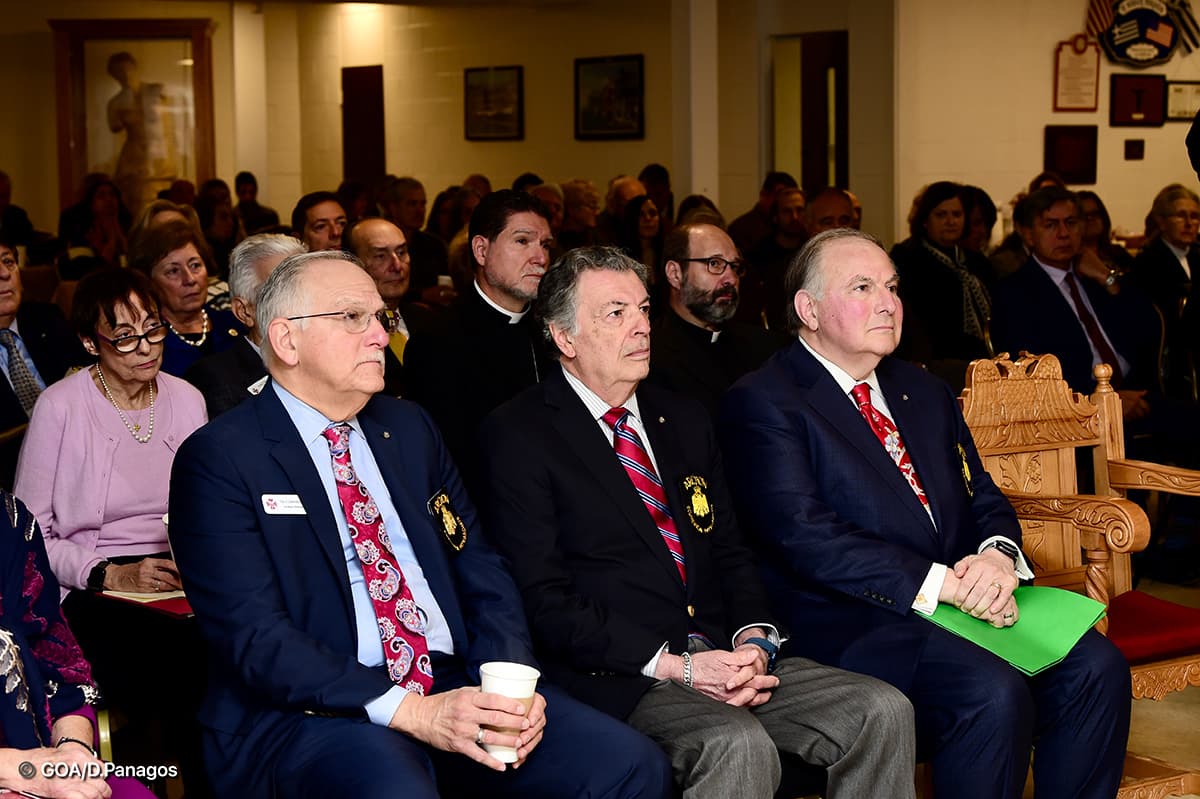 At the conclusion of the four-hour program, the National Commander of the Order of Saint Andrew the Apostle, Anthony J. Limberakis, MD, spoke to the audience about the necessity to support the vitality of the Ecumenical Patriarchate and its ability to continue to carry out its sacred mission by contributing to the Ecumenical Patriarch Bartholomew Foundation.

Following the Symposium, the Archons of St. Thomas hosted a Lenten luncheon for the Hierarchs and Clergy.

View Photos of the Symposium
Watch a Video Recap Interview