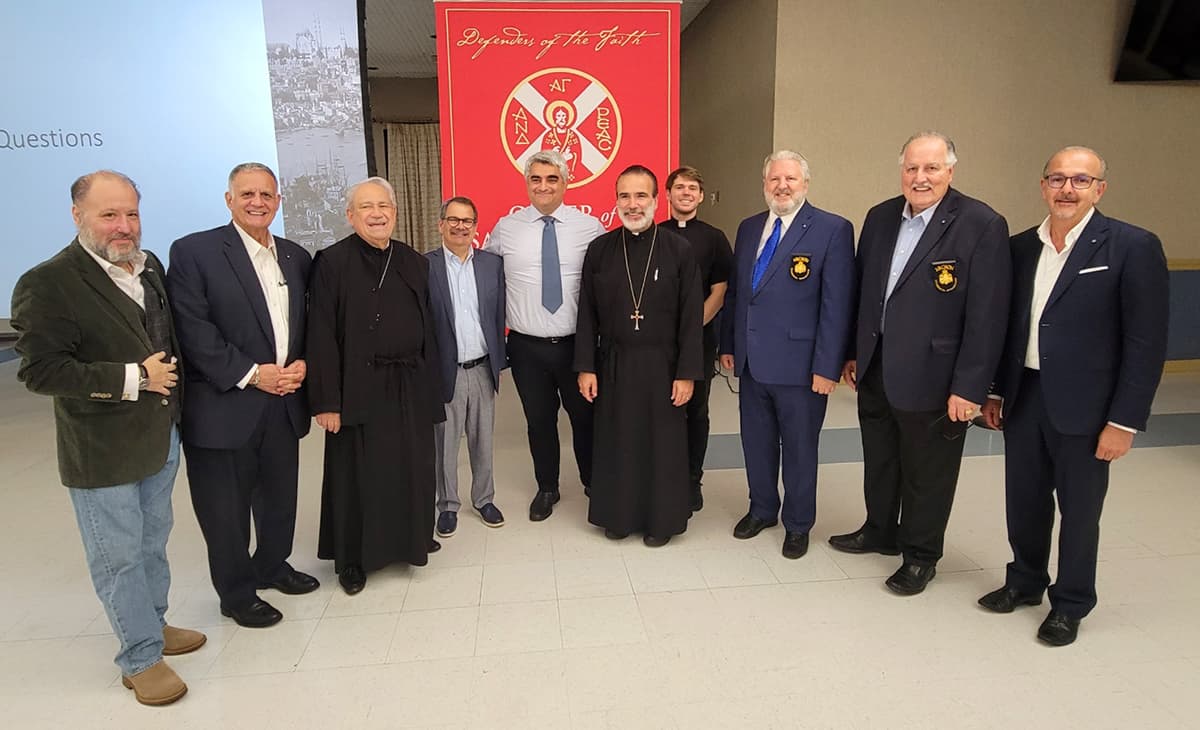 On Thursday, November 10, 2022, the Archons of the Tampa Bay Area, members of the Order of St. Andrew the Apostle, sponsored a presentation commemorating the 100th Anniversary of the Catastrophe of Smyrna. The program, presented by Dr. Yiorgos Topalidis of the University of Florida, was entitled “Smyrna 1922: Memory and Erasure of a Greek Speaking Orthodox Christian Community.”

In Smyrna in September 1922, after the Turkish military captured the city, it was destroyed in a great fire. As many as 125,000 people were killed, almost all of them Greek Orthodox Christians, and the Greek community that had existed in the city since ancient times was eradicated.

Hosting the program was Holy Trinity Greek Orthodox Church in Clearwater, Florida; it was well attended by priests and parishioners from throughout the region. Dr. Topalidis and Archon Regional Commander Theodore P. Vlahos, M.D., offered poignant and heartbreaking accounts of the tragic events of that period.

Dr. Topalidis, who serves as Director of the Ottoman Greeks of America Project, is an expert on the emigration of Greeks from Ottoman lands to the U.S.A, Greece and other countries. He explained to those present how this tragedy caused so many refugees to settle in Greece and all over the Americas.

Dr. Vlahos, who has travelled extensively throughout Turkey, gave his own recollections of the bittersweet feelings he experienced when visiting Smyrna. Several members of the audience echoed this, giving accounts of their experiences, as well as the experiences of their grandparents who came to the United States as refugees from that tragic event. Dr. Vlahos also explained how this historic event has an effect to this day upon the continued persecution of the Ecumenical Patriarchate and upon our own religious freedom, as well as upon modern Greek-Turkish tensions. 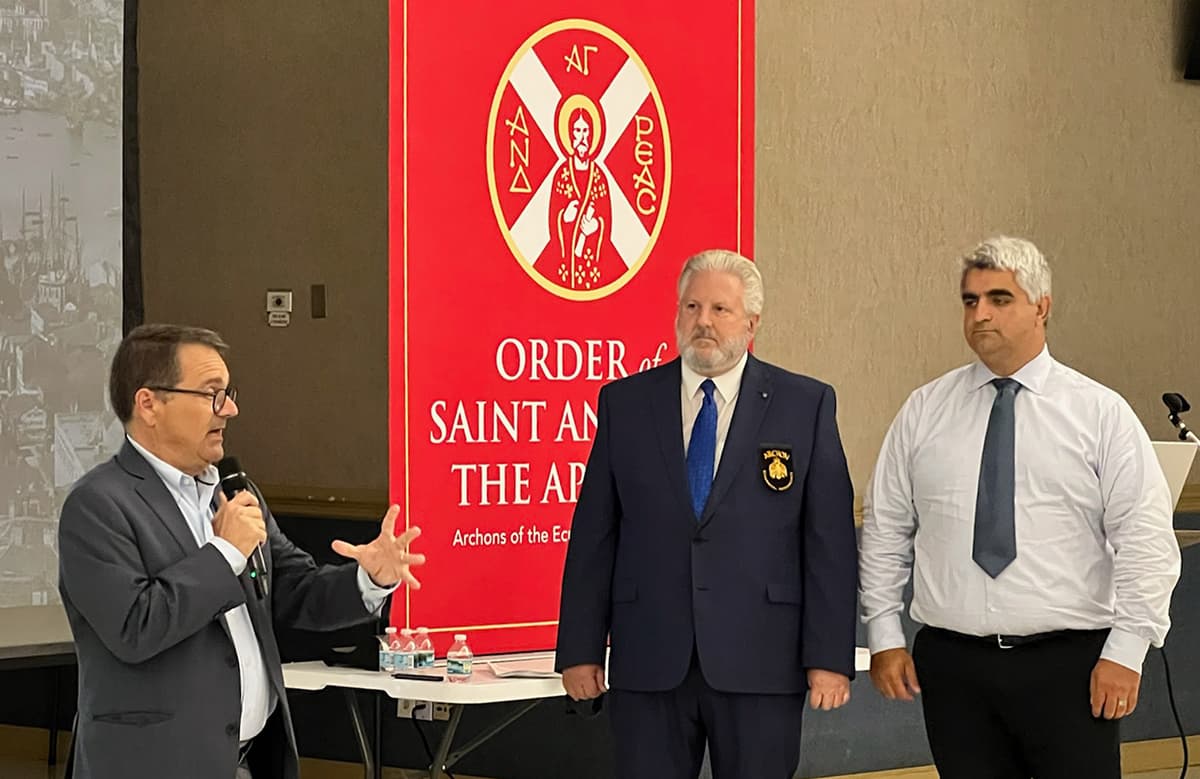 Several Archons were in attendance, including the Honorable Gus Bilirakis, United States representative for Florida's 12th congressional district, and Archon National Council member Dr. Nicholas Loutsion. Congressman Bilirakis gave details of his efforts to ensure that this terrible event never be forgotten, and to restrain Turkish aggression in the Aegean.

The event concluded with a reception featuring traditional sweets of Smyrna provided by the Archon wives.