A Dialogue with the US Ambassador to Greece

Print A Dialogue with the US Ambassador to Greece
Mail 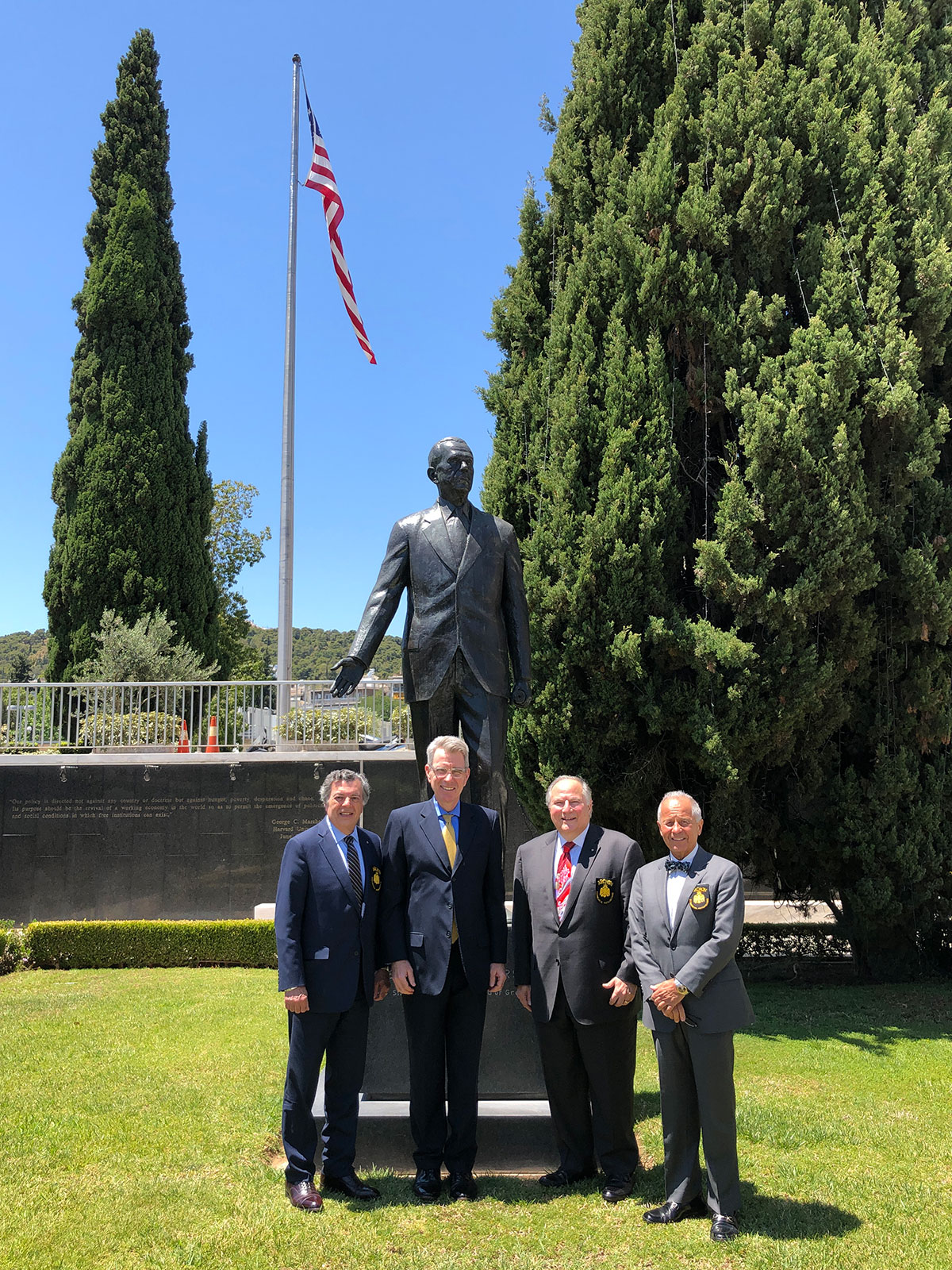 On May 30, 2019, a delegation of the Order of Saint Andrew the Apostle comprised of National Commander Dr. Anthony J. Limberakis, National Secretary Hon. B. Theodore Bozonelis, and National Treasurer Peter J. Skeadas met with the United States Ambassador to Greece Geoffrey R. Pyatt at the United States Embassy in Athens, Greece.

A meaningful and productive dialogue took place with Ambassador Pyatt focused on the United States bilateral ties and strong support for His All-Holiness Ecumenical Patriarch Bartholomew, and the shared values of religious freedom for the Ecumenical Patriarchate, Christians, and all Faiths throughout the world.

In particular, religious freedom discussions centered on the need for recognition and a legal status for the Ecumenical Patriarchate in Turkey, the opening of the Halki Seminary, the persecution of Christians in the Middle East approaching genocide levels, and the recent grant of autocephaly to the Ukrainian Orthodox Church’.

Ambassador Pyatt, having also served as the United States Ambassador to the Ukraine, was very knowledgeable and discussed the issues of the grant of autocephaly to the Ukrainian Orthodox Church by His All-Holiness. The delegation informed Ambassador Pyatt of the Order’s recent Virtual Townhall Meeting with expert panelists and participants to debate the issues surrounding autocephaly and the propaganda from the Moscow Patriarchate. In addition, the delegation advised the Ambassador that the Order has now presented in a portable e-book format available for download through the Order’s website “The Ecumenical Patriarchate and Ukraine Autocephaly, Historical, Canonical and Pastoral Perspectives.”

The Ambassador further emphasized the United States support for His All-Holiness and that he is encouraged by the election of His Eminence, Archbishop Elpidophoros of America to strengthen the religious freedom ties of the United States with the Ecumenical Patriarchate and the stability and respect for the Archdiocese in America. See also Twitter: Geoffrey Pyatt @USAmbPyatt.

The meeting concluded with a dialogue on democracy and freedom with the Ambassador noting the upcoming elections in Greece and the importance of the bicentennial of Greek Independence 1821- 2021 with its close parallels to the American Revolution.