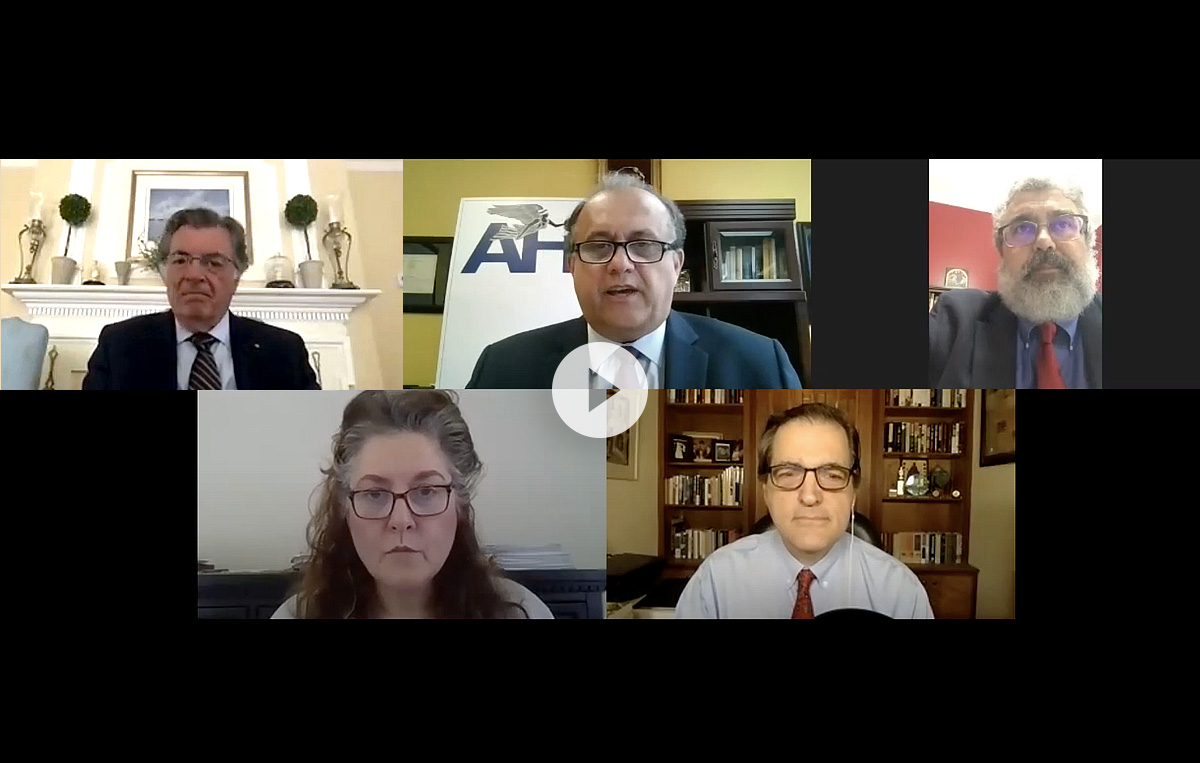 The American Hellenic Institute (AHI) held a Virtual Speakers Forum on the topic, “An Analysis of the 2020 U.S. Commission on International Religious Freedom Report: Its Implication for the Ecumenical Patriarchate and Religious Freedom in Turkey,” June 10, 2020.

Drawing from their different backgrounds, each panelist provided a unique perspective through which to view the topic, during the discussion. Dr. Prodromou elaborated on the systemic nature of Turkey’s egregious violations of religious freedom, which caused it to be placed on the U.S. Commission’s “Special Watch List,” an action which she did not deem sufficient. She also explained how Turkey is the only NATO member to be placed on such a list, in addition to describing the geopolitical implications that Turkey’s actions have for the broader region. The Hon. Bozonelis described various Turkish violations against religious freedom and the Ecumenical Patriarchate, namely the deprivation of a fundamental legal status of the Ecumenical Patriarchate, the forcible closure of the Theological School of Halki, and the movement to convert the Hagia Sophia from a museum to a mosque. Mr. Tozzi focused on “Neo-Ottomanism,” and explained how Turkey is competing for influence and attempting to stake a claim for leadership over the Sunni Muslim world, and weaponizing religion in that context. Piero also talked about how the promotion of religious freedom can be advanced in the policy centers of Washington, DC.

“We appreciated the generous time our panelists afforded our audience, “AHI President Nick Larigakis, who hosted the webinar, said. “We valued their perspectives on the Commission’s annual report on Turkey as well as their insights about the current state of religious freedom in Turkey and the impact upon the Ecumenical Patriarchate.”

In a May 5 statement, AHI welcomed the U.S. Commission on International Religious Freedom’s annual report that critiqued Turkey’s treatment of religious minorities and agrees with the report’s assessment that Turkey engages in, and tolerates, severe violations of religious freedom pursuant to the International Religious Freedom Act (IFRA). However, AHI contends the Commission should have recommended Turkey for a “Country of Particular Concern” designation.