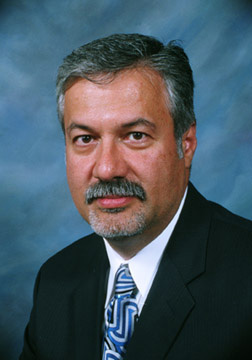 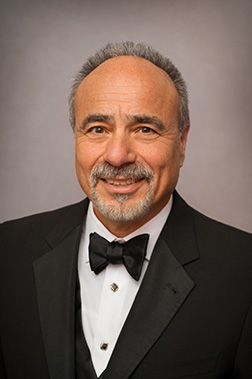 New York, NY - With the blessing of His Eminence Archbishop Demetrios of America, Exarch of the Ecumenical Patriarchate, and in consultation with His Eminence Metropolitan Iakovos of Chicago, and pursuant to the Archon governing Bylaws, National Commander Dr. Anthony J. Limberakis has appointed John G. Manos, Archon Eutaxias, and Gus M. Pablecas, Archon Ostiarios, Regional Commanders for the Archons of the Metropolis of Chicago.

John G. Manos was born in Rethymno, Crete, Greece. He immigrated to the United States with his family in 1967, and grew up in Chicago, Illinois. He is a banker and a registered architect.

He obtained a Bachelor of Architecture degree from the University of Illinois, and after practicing architecture for several years, he moved on to the construction industry, launching a design and building company with his spouse, Elena, in Nashville, Tennessee, where he lived from 1986 to 1994.

When he returned to his hometown, Chicago, in 1994, John became involved in commercial real estate lending, which ultimately shaped his career, leading to his current position as President of Bank Financial, Illinois’ largest thrift and a publicly traded bank. In addition to his family’s commercial real estate property and management company, he launched a retail grocery store chain with his partners in 1996, specializing in, amongst other things, Greek products.

John is a board member and a member of several civic and philanthropic groups. Being an active member in the Greek-American community and proud of his Hellenic roots, he has served as a volunteer and held leadership roles in a number of local, regional, and national Greek-American organizations. He was most recently President of the Pancretan Association of America and is currently on the Board of the PanHellenic Scholarship Foundation.

He served on the board of St. Demetrios Greek Orthodox Church, a member of AHEPA since 1996.

John is known and recognized by the Greek-American and the broader American Community as a philanthropist, a distinguished business leader, and a youth advocate.

While President of the PAA, he spearheaded a national relief effort to assist Greece during the devastating economic hardship. In a very short period of time, substantial funding was raised and distributed to soup kitchens, shelters, orphanages, and clinics throughout Crete. In addition, by working together with the International Orthodox Christian Charities (IOCC), he mobilized efforts to ship 3 containers with over $1.5 million in medical supplies to Greece.

John was recognized by the Mayor of Chicago, Richard M. Daley, and the City Council with a Resolution with an Outstanding Citizen Award in 2007.

John currently lives in Bloomingdale, Illinois, with his wife, Elena. They have 3 children: Patricia, George, and Eleni.

Archon Gus M. Pablecas was born in Chicago, Illinois residing and raised in a modest apartment with his parents, brother and grandparents, which he reflects helped form the bond and love for his Church and Hellenism. He was baptized at the Assumption Greek Orthodox Church in Chicago, where he attended Church and Sunday School as a child.

He attended Wright College and Lewis University, earning an AA degree in Criminology and a BA degree in Social Justice.  Married and working full time, Archon Pablecas made his way through Lewis University, driving nightly to attend classes, determined to earn his degree and did so graduating with honors.

Archon Pablecas pursued a career in law enforcement and worked for a branch of the Department of Justice, the Federal Bureau of Investigation and held several positions with the Bureau, including Special Agent for the FBI. He has been a member of the Chicago Crime Commission, served on the Police Commission and currently serves on the Board as a Director for the Society Former Special Agents FBI, Chicago Chapter.

After leaving the Bureau, Archon Pablecas spent the majority of his career in the real estate development arena which evolved into condominium conversions; asset property management; acquisitions of apartments, retail shopping centers, industrial properties, office buildings, land acquisitions and in the hospitality industry. In addition to holding many positions as a Managing Member, he is the President and CEO of Pabcor Equities.

For the past 30 years, Archon Pablecas has been active with his time, talent and treasures to his local parish, the St. Nectarios Greek Orthodox Church in Palatine, Illinois. He has served as Parish Council President for six terms and has held positions as First Vice President; Chairman to the Finance, Ways and Means, Budget, Real Estate, Vision 2000, Expansion Center and Mortgage Reduction (GROOM) Committees. Archon Pablecas lead a committee that sought and acquired a strategic five acre land parcel that was contiguous to the Church and vital to the future of the St. Nectarios community.

Archon Pablecas served on the Planning & Development Committee for the St. Iakovos Retreat Center for the Greek Orthodox Metropolis of Chicago and went on to serve as an original Board Member and major financial supporter of the Retreat Center. He currently serves on the advisory committee for the PanHellenic Scholarship Foundation as well as a member of the Chicago Metropolis Council. He has served on the Metropolis Ad Hoc Committee and is a member of the Hellenic Society of Constantinople. Archon Pablecas is a recipient of the Archdiocesan Medal of St. Paul.

Archon Pablecas recently traveled to Berlin, Germany in December 2013 to attend "The Archon 2nd International Conference on Religious Freedom". The theme was “Tearing Down the Walls” with the conference being held at the historic Hotel Adlon, located at the legendary Brandenburg Gate. He said it is one of the most memorable, educational and inspiring experiences of his life, reinforcing the importance of the progress made by the Archons and the need for our continued support, as Archons, to actively participate in the protection of our Mother Church.