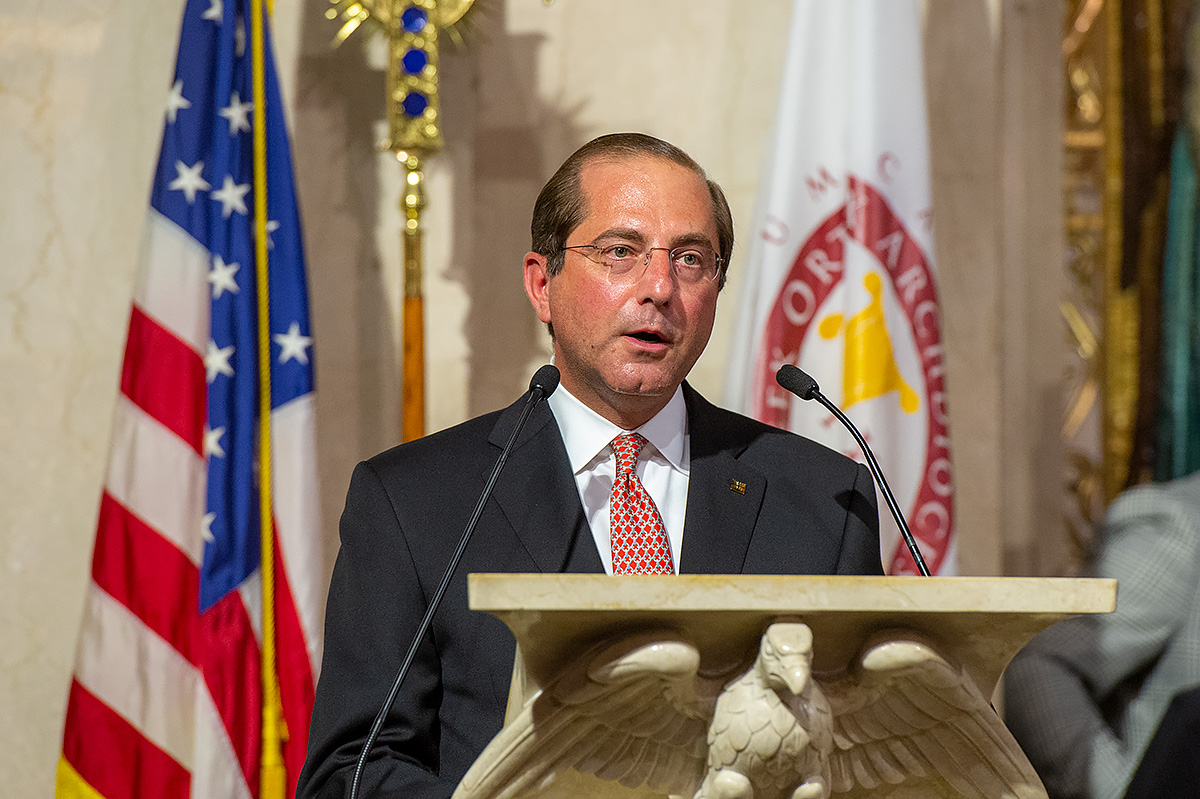 The Hon. Alex M. Azar II, former U.S. Secretary of Health and Human Services, is slated to serve as master of ceremonies at the 2021 Athenagoras Human Rights Award Banquet on October 30, 2021, in New York City.

A strong defender of religious freedom during his tenure as Secretary of Health and Human Services, Secretary Azar, an Orthodox Christian, spoke at the enthronement of His Eminence Archbishop Elpidophoros of America at the Archdiocesan Cathedral of the Holy Trinity on June 22, 2019.

His Eminence Archbishop Elpidophoros said: “As our brother in the Orthodox Faith, former Secretary of Health and Human Services Alex Azar is the ideal Master of Ceremonies for the Athenagoras Human Rights Award Banquet. Secretary Azar is committed simultaneously to the eternal truths of the Gospel and the highest ideals of the American dream. I admire his commitment to both – to Jerusalem and to Athens, for they are the foundation of our civilization.”

Dr. Anthony J. Limberakis, National Commander of the Order of Saint Andrew the Apostle, Archons of the Ecumenical Patriarchate, stated: “Secretary Azar has a deep understanding of and appreciation for the important role Greek Orthodox Church has played over the course of American history. His commitment to our Faith and to human rights in our country and around the world are deep and longstanding, and will shine forth powerfully at the Athenagoras Human Rights Award Banquet.”

The Athenagoras Human Rights Award was established in 1986 by the National Council of the Order of Saint Andrew the Apostle. The Award was named after one of the great Church leaders of the 20th Century, the late Ecumenical Patriarch of Constantinople, Athenagoras I. The Award is presented every year at the Annual Banquet of the Order to a person or organization that has consistently exemplified by action, purpose and dedication, concern for the basic rights and religious freedom of all people.