The Small and Great Message of the Metropolitan of Buenos Aires 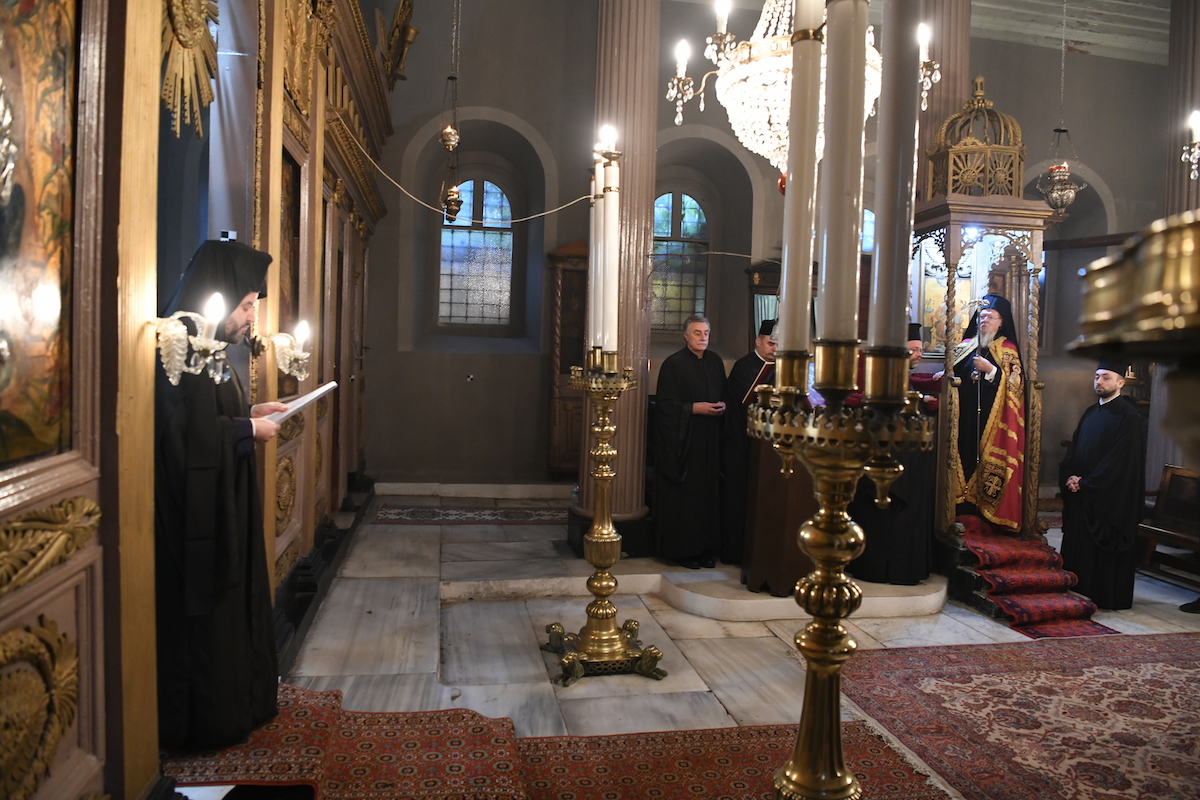 In front of the Ecumenical Patriarch and Hierarchs of the Throne

The newly elected Metropolitan Joseph of Buenos Aires came before the Ecumenical Patriarch Bartholomew and the Hierarchs of the Throne on Thursday, December 5, for the Small Message.

Addressing the Metropolitan of Buenos Aires, His All-Holiness expressed his confidence that he would make a brilliant pastor and urged him to “deal with the problems of our young people and to try to bring them closer to Christ and the Church and, more generally, to connect more closely, despite long distances, the flock of his Eparchy to our Ecumenical Patriarchate.”

The Ecumenical Patriarch then added:

“Also, be careful, brother, in the choice of your clergy, that there may be a general rebuilding and revitalization of the parishes of your divinely-sustained Eparchy and of its living Orthodox witness in the neighboring lands of the Metropolis of Buenos Aires.

“In remembrance with love and honor, we pray and wish you all success. You have no other choice. And may the worldwide Eparchies of our First-Throned Church function in an exemplary manner, and may the lantern of the Phanar be lighted and shine forth in all the world. Axios!"

In his response, Metropolitan Joseph expressed his gratitude to the Ecumenical Patriarch and the Hierarchs of the Synod for his election and assured them that he would minister to the people of God in the Eparchy entrusted to him with devotion to the Mother Church.

Then, in the Patriarchal Church of Saint George, in the presence of the Hierarchs, the Patriarchal Court and other clergy and lay pilgrims, the Metropolitan of Buenos Aires completed the Sequence of the Great Message, during which his election was announced in the church, and he replied with the text of the Eucharist, accepting the “decree.”

At the conclusion of the Great Message, Bishop Joseph received the congratulations and good wishes of all present.