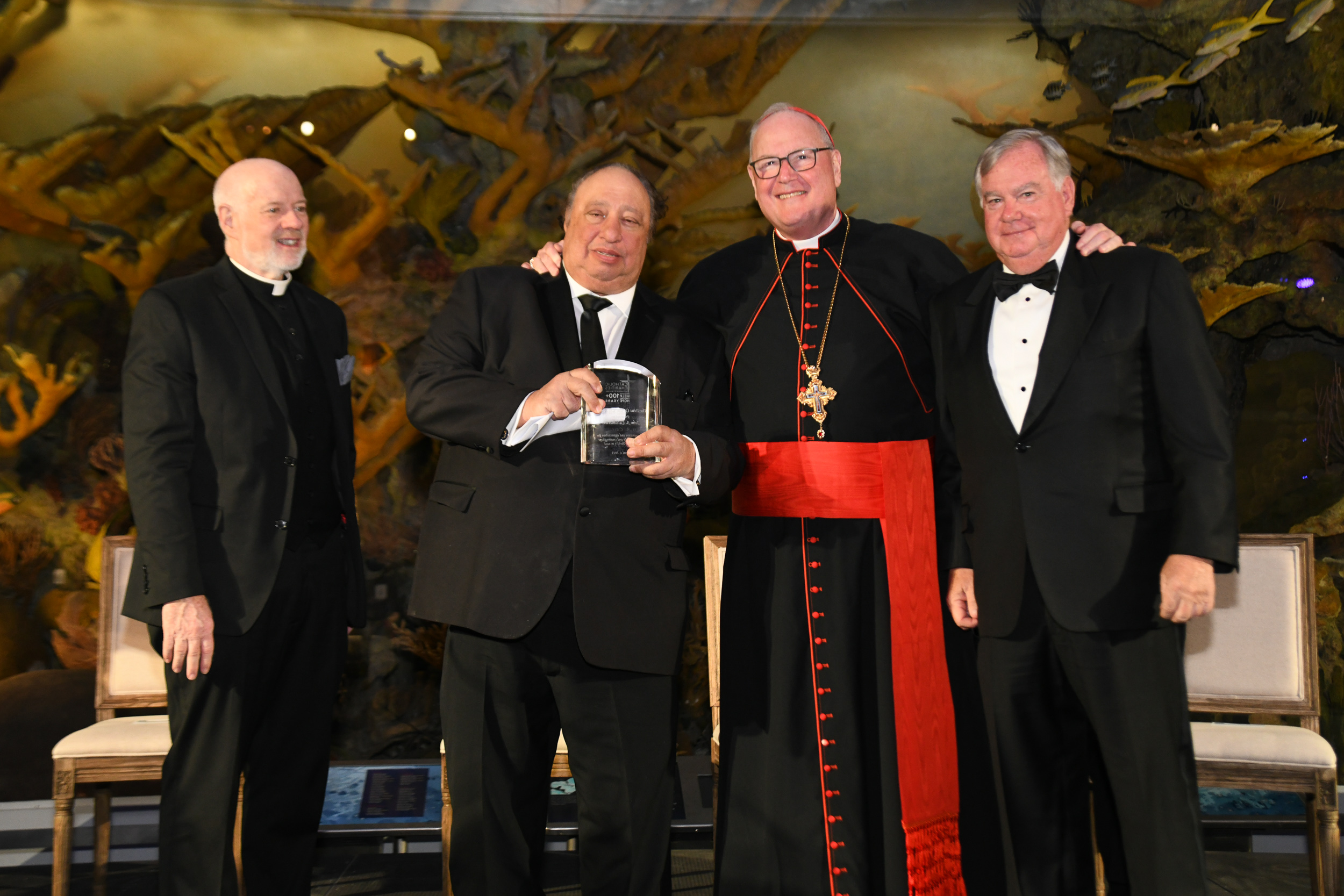 Members of the Board of Trustees of Catholic Charities join His Eminence Timothy Michael Cardinal Dolan, Archbishop of New York, to honor Archon John A. Catsimatidis.
© J. Nelson

Said Archon Catsimatidis: “Our challenge for the future: in the last ten years, 400,000 Christians died in the Middle East… And we all have to work hard to make sure it doesn’t happen again.”

Catholic Charities is a federation of approximately 90 agencies and programs located throughout the 10 counties of the Archdiocese of New York, helping to solve the problems of New Yorkers in need -- non-Catholics and Catholics alike -- with services that protect and nurture children, resolve family crises, assist the hungry and homeless, support the physically and emotionally challenged, and integrate immigrants and refugees.

In 2017, Catholic Charities marked a 100-year legacy of service and launched the next century of providing help and creating hope for New Yorkers in need.