The presentation noted events held during the annual Archon Weekend, which took place from October 7 to 9, 2022, in New York, including the Athenagoras Human Rights Award Banquet, along with some of the accomplishments and challenges facing this year’s Athenagoras Human Rights Award recipient, His Beatitude Theodore II, Pope and Patriarch of Alexandria and All Africa. Also noted was the Archons’ $100,000 donation, as well as the additional $250,000 raised by faithful Archons for the ministries of the Patriarchate of Alexandria and All Africa.

The Regional Commanders also highlighted this year’s recipient of the 2022 Nicholas J. Bouras Award for Extraordinary Archon Stewardship, Michael G. Psaros, Archon Ostiarios; the Archon Religious Freedom Mission to Romania, Bulgaria and Greece; the Archons’ presentation at the Organization for Security and Co-operation in Europe (OSCE); and the orientation and Archon Boot Camp held for the Class of 2022 Archons. 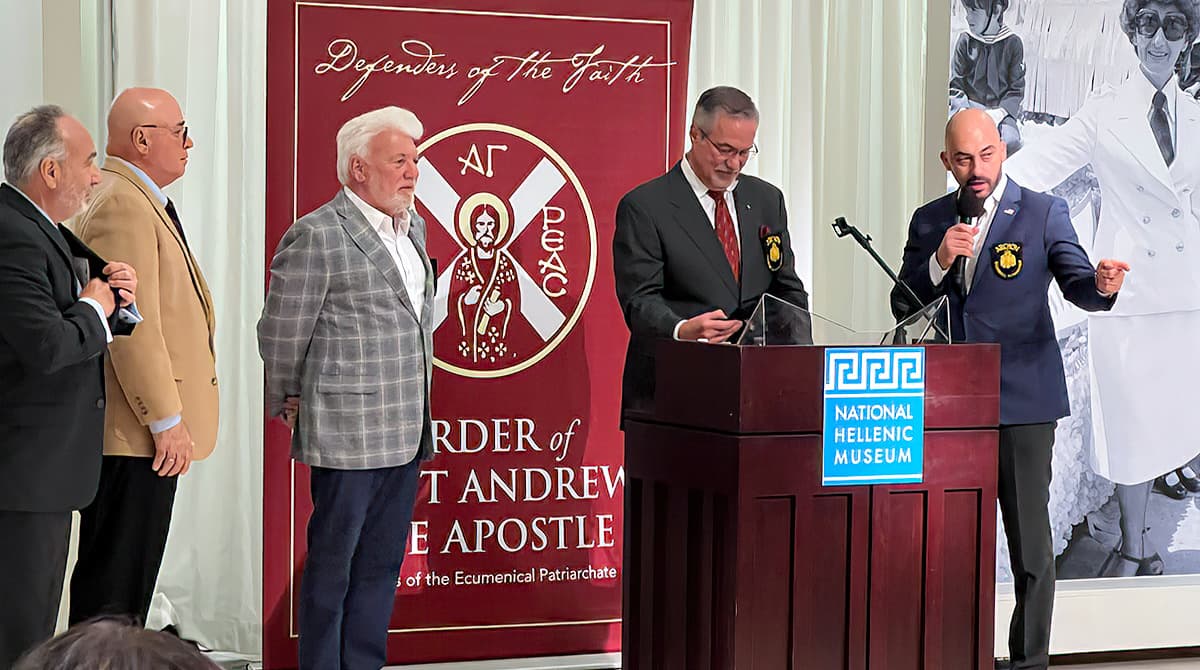 In closing, Regional Commanders Manos and Pablecas introduced three of the newly invested Archons who were present at the event: Archons James Lakerdas, Archon Asekretes; Yanni Sianis, Archon Skevophylax; and Dr. Thomas Williams, Archon Orphanotrofos; each of whom also briefly addressed the guests.

Ultimately, in coordination with the National Archon Office, the Archons of the Ecumenical Patriarchate hope to build a relationship with the National Hellenic Museum and establish a permanent Archon exhibit at the museum.

The Archons extended a special expression of gratitude to the entire Board and staff at the National Hellenic Museum for co-hosting the Archon’s Christmas Meet and Greet.

The Archons hope to make the Christmas Meet and Greet at the National Hellenic Museum an annual event.

View Photos of the Event