Cliffs of Freedom: The heroic story of Greece’s fight for freedom from the Ottoman Empire

Print Cliffs of Freedom: The heroic story of Greece’s fight for freedom from the Ottoman Empire
Mail 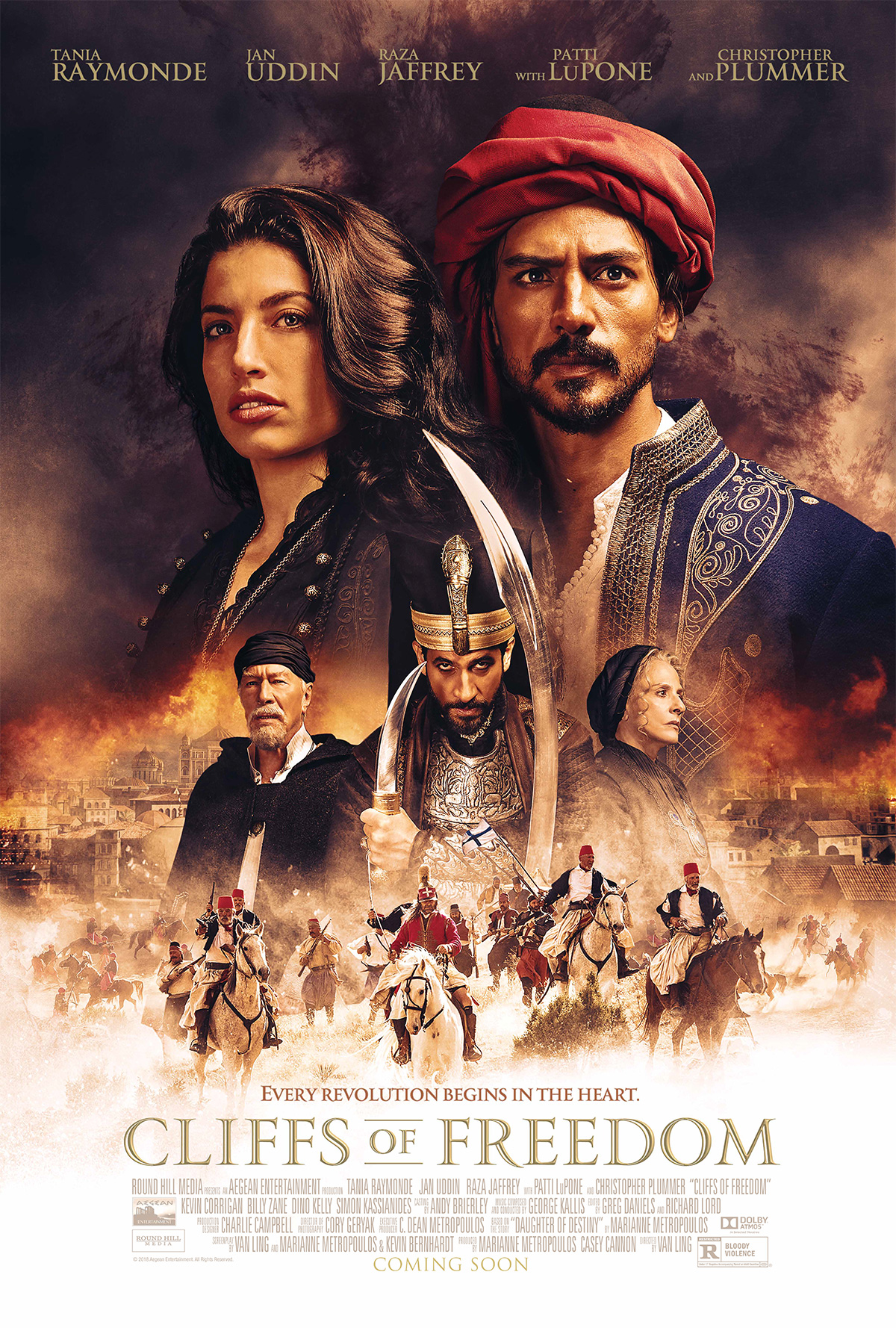 Dear Brother Archons and friends of the Order of Saint Andrew:

We are pleased to inform you about an exciting new feature film that tells the heroic story of Greece’s fight for freedom from the Ottoman Empire: Cliffs of Freedom.

The original story was written by Marianne Metropoulos, and she and her husband, Archon Dean Metropoulos, produced this powerful epic film. Archon Dean is the president of FAITH: An Endowment for Orthodoxy & Hellenism, and is a devoted son of the Ecumenical Patriarchate.

Set at the dawn of the Greek War of Independence of 1821, Cliffs of Freedom is a gripping drama placed against the backdrop of real history. It tells the story of an ill-fated romance between Anna Christina, a young Greek village girl, and Tariq, a conflicted Turkish officer who has doubts about his countrymen’s brutal methods of occupation. When their romance brings tragedy to her village, Anna Christina vows revenge against the Turks, joining the Greek rebellion and becoming a fearless and even legendary rebel who inspires her people. Having believed that she could leave her feelings behind, Christina must face off against the man who still loves her and wants to keep her safe, but who has now been tasked with her capture.

Their encounters and skirmishes inevitably lead to a tragic confrontation during a pivotal battle between the Greeks and the Turks that will change the course of history. The film supports, and is affiliated with, HRH Prince’s Trust International Initiative in Greece.

Cliffs of Freedom premiered in London on February 16, 2019, and is set to open in select theaters in the U.S. in early March, with international release to follow. Please look for the film in your local theaters and request it if it isn’t scheduled, and alert your family, fellow parishioners, and friends to this epic yet intimate human drama, which captures the spirit of Greece and brings important aspects of our collective Greek history to mainstream audiences. Please also ask your parish priest to include a pdf flyer in your parish bulletin.

Yours in our common service to Christ
and His Holy Church,