In the wake of the murder of George Floyd, the Order of Saint Andrew, Archons of the Ecumenical Patriarchate, declares our support for all actions to end racial injustice, and reaffirms the Greek Orthodox Christian Church’s unequivocal support for racial equality and the equal dignity of all people before Almighty God.

The Holy Scriptures tell us that “the Lord does not look at the things people look at. People look at the outward appearance, but the Lord looks at the heart.’” (I Samuel 16:7) In line with this Biblical imperative, the Greek Orthodox Church in America has been unwaveringly committed to racial justice for as long as Orthodox Christians have been in the United States.

As far back as 1862, while the Civil War was raging in the United States, His All-Holiness Ecumenical Patriarch Joachim II of Constantinople stated that “the Northern States, guided by true reason and evangelical principles, persistently seek the abolition of the slavery of the blacks,” while “the Southern States, blinded by a badly understood material interest, obstinately and anti-Christianly seek the perpetuation of slavery.” His All-Holiness of blessed memory correctly predicted that “if we cast a careful eye upon the wonderful events of this age, we shall be inclined to believe that those who contend so nobly for the most unquestionable and humane rights, will, God helping them, reach the object of their desires.” 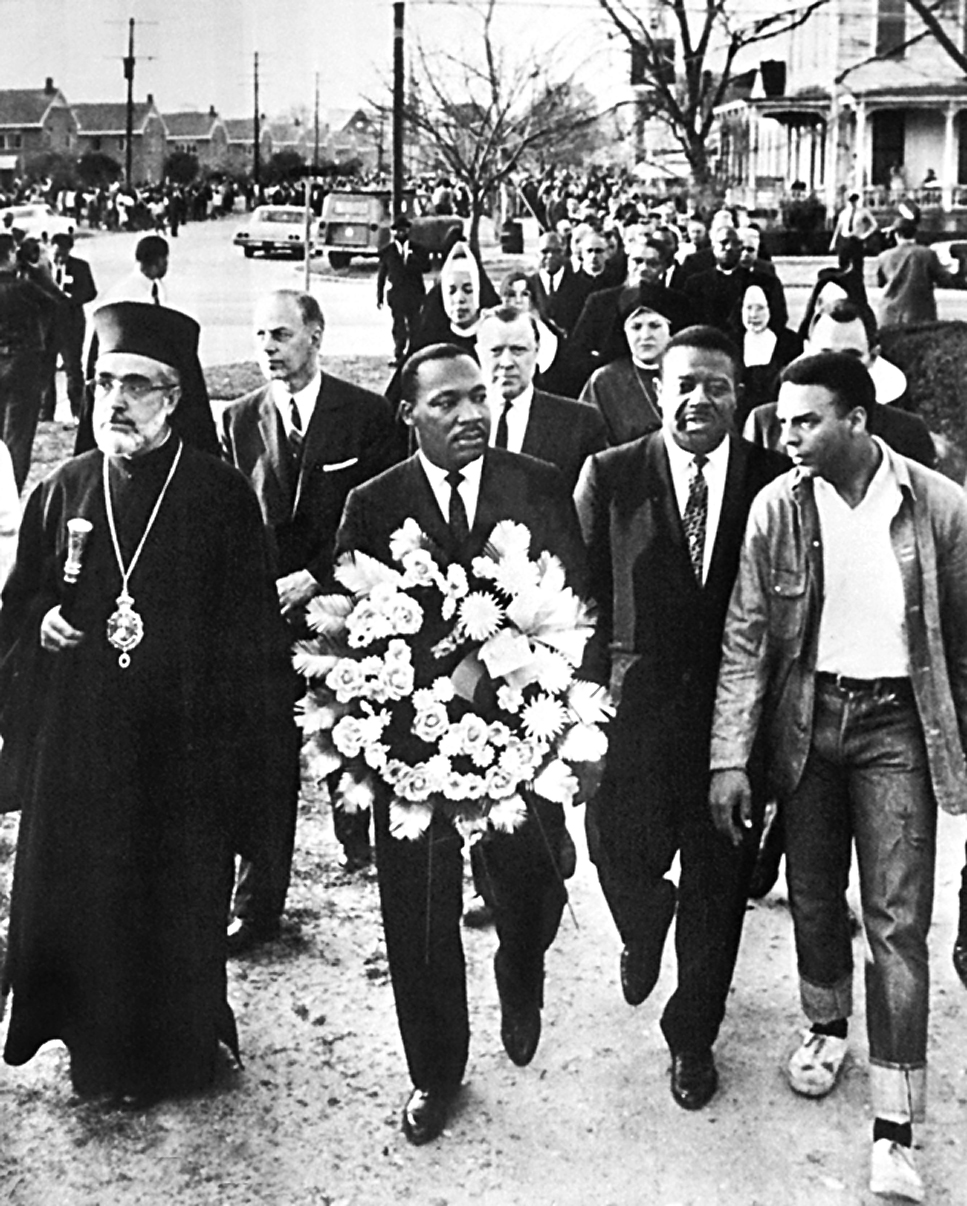 A century later in 1965, His Eminence Archbishop Iakovos of America joined the peaceful demonstration against racism that was led by the Rev. Martin Luther King, Jr. in Selma, Alabama (video here). His Eminence explained: “Unlike most of you I was not born in the United States, to live and enjoy democracy. I came to the United States from Turkey, where I was a third category citizen. So, when Martin Luther King, Jr. had his walk to the courthouse of Selma, Alabama, I decided to join him, as I said this is my time to take revenge against all those who oppress people. Upon my return, someone called me ‘prothoti’ - traitor - some others that I should be ashamed of what I had done - some, that I am not an American - some, that I’m not a Christian. I know that civil rights and human rights continue to be the most thorny social issues in our nation, but I will stand for both rights - civil and human - as long as I live.”

His Eminence’s support for the civil rights movement was so courageous and significant that a photo of the Archbishop with Martin Luther King was published on the cover of Life Magazine on March 26, 1965. An aide to Archbishop Iakovos recalled that “he had received threats if he would dare to walk with Dr. King, but he never thought twice of his decision.” 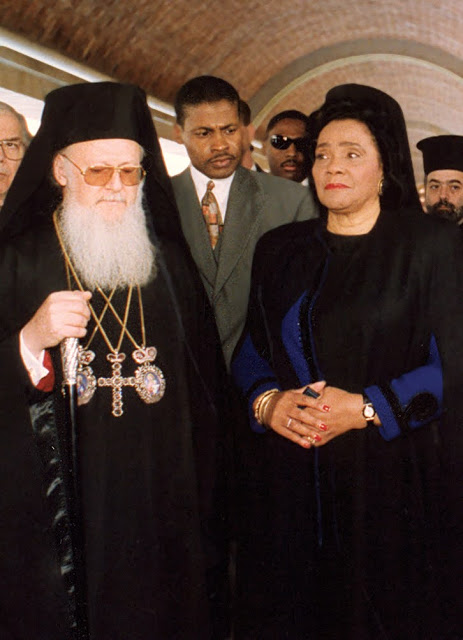 Thirty years later, in October 1997, His All-Holiness Ecumenical Patriarch Bartholomew visited the tomb of Martin Luther King and laid a wreath on the resting place of the slain civil rights leader. Ecumenical Patriarch Bartholomew was the first religious leader to visit the Martin Luther King Center for Social Change, which is next to the Ebenezer Baptist Church in Atlanta, where King served as pastor in the early days of the civil rights movement.

The Ecumenical Patriarch was received by Dr. King’s widow, Coretta Scott King, who noted that her husband had been “deeply moved by the support of Archbishop Iakovos for the civil rights movement,” and praised “the continued support of the Greek Orthodox Church in America.” 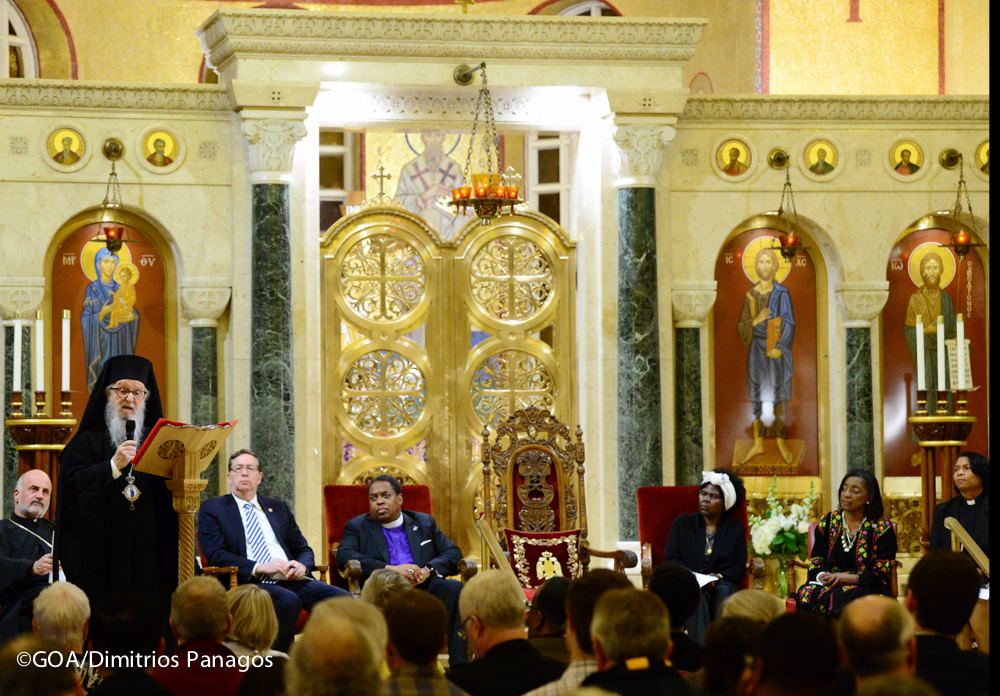 In 2018, His Eminence Archbishop Demetrios of America played an integral role in the National Council of Church’s ACT Now! Unite to End Racism initiative. He stated: “Those who went before us sacrificed a great deal, even their lives, to further the mission of racial equality. And while significant laws have been established and strides of social change should not be overlooked, we must continue up the path to reach the desirable target.” He called on foes of racism to become “icons of Christ.” 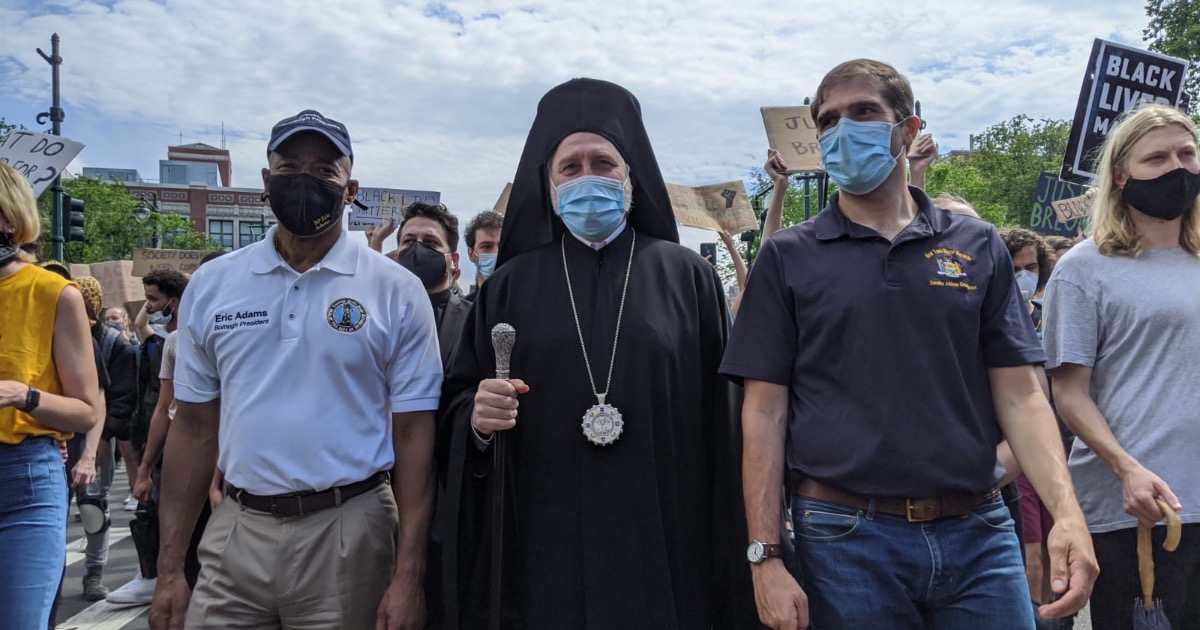 This is also the position of the current Archbishop of America, Elpidophoros, who recently took part in a Social Justice demonstration against racism that was held in Brooklyn, New York. His Eminence declared: “The unjust slaying of George Floyd cannot be where America stands. Violence only breeds violence, but when such violence is perpetrated by those in authority, we must all stand up and say: ‘Not on our watch!’ We must stand against racism and stand for equality for all.”

After this peaceful demonstration, Ecumenical Patriarch Bartholomew called Archbishop Elpidophoros to thank him for participating.

As Archons George Demacopoulos and Aristotle Papanikolaou recently observed: “Archbishop Elpidophoros understands the urgency of the present moment. History has shown that Iakovos was right to have marched at Selma. It will also prove Archbishop Elpidophoros right for walking in Brooklyn.” Archon Theodore Theophilos recalled Dr. King’s renowned “Letter from the Birmingham Jail,” in which King wrote: “I have watched white churches stand on the sidelines and merely mouth pious irrelevancies and sanctimonious trivialities.”

The Greek Orthodox Church in America has not been and will not be one of those churches. We have experienced discrimination ourselves and lack of religious freedom in Turkey, where the government has systematically denied basic human rights to the Ecumenical Patriarchate and that nation’s Christians for over a century. This experience has sensitized us to all manifestations of injustice, and we are determined to stand against them, as our Lord and Savior Jesus Christ commanded us: “A new command I give you: Love one another. As I have loved you, so you must love one another.” (John 12:34)