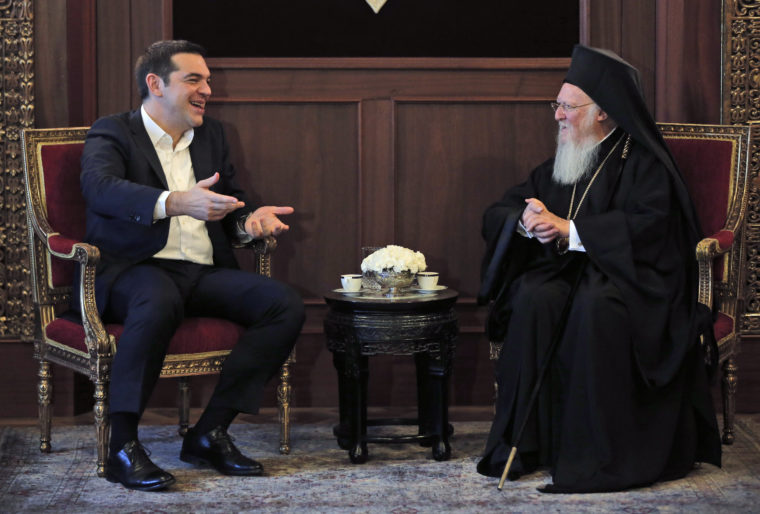 On Wednesday, February 6, 2019, the Feast Day of St. Photios the Great, Ecumenical Patriarch of Constantinople, His All-Holiness Ecumenical Patriarch Bartholomew is set to meet with Alexis Tsipras, the Prime Minister of Greece, at the famed Theological School of Halki, which was forcibly closed down by Turkish authorities in 1971.

On the island of Halki, His All-Holiness will celebrate the Divine Liturgy for the Feast Day of St. Photios, who is the patron saint of the Halki Theological School. Prime Minister Tsipras will attend the Divine Liturgy, which will be followed by a reception and luncheon, and then hold private talks with Ecumenical Patriarch Bartholomew.

Tsipras will be the first Greek Prime Minister to visit the Theological School of Halki since 1933, when Prime Minister Eleftherios Venizelos visited. For well over a century, the Theological School of Halki met the educational needs of the Ecumenical Patriarchate  and of the Orthodox Church in general. In 1971, however, the Turkish government closed the School under the pretense of a law prohibiting private institutions of higher education. Despite occasional promises from Turkish authorities, the school has remained closed since then.

Since its closure, the Ecumenical Patriarchate has had to send the young men from its community desiring to enter the priesthood to one of the theological schools in Greece. In many instances, they do not return, given the onerous restrictions in getting work permits and the general climate of intimidation. Despite promises by the Turkish government to re-open our theological school, there has been no progress. Left unresolved, the administrative functioning and future of the Ecumenical Patriarchate is imperiled.

However, the Orthodox faithful and friends of Orthodoxy from all over the world are able at this time to visit the school. Under a recent initiative of His All-Holiness, international ecological conferences and seminars have recently been hosted at there.

Tsipras’ meeting with His All-Holiness is of immense importance, since recently in Athens, Tsipras declined to receive a Patriarchal Delegation to discuss matters pertaining to the Church. It is hoped that this meeting will lead to the resolution of many issues, including clergy compensation and others.