Ecumenical Patriarch: Our Patriarchate has endured many challenges, trials and persecutions, but for 1700 years it has been here, fixed and stable

Print Ecumenical Patriarch: Our Patriarchate has endured many challenges, trials and persecutions, but for 1700 years it has been here, fixed and stable
Mail 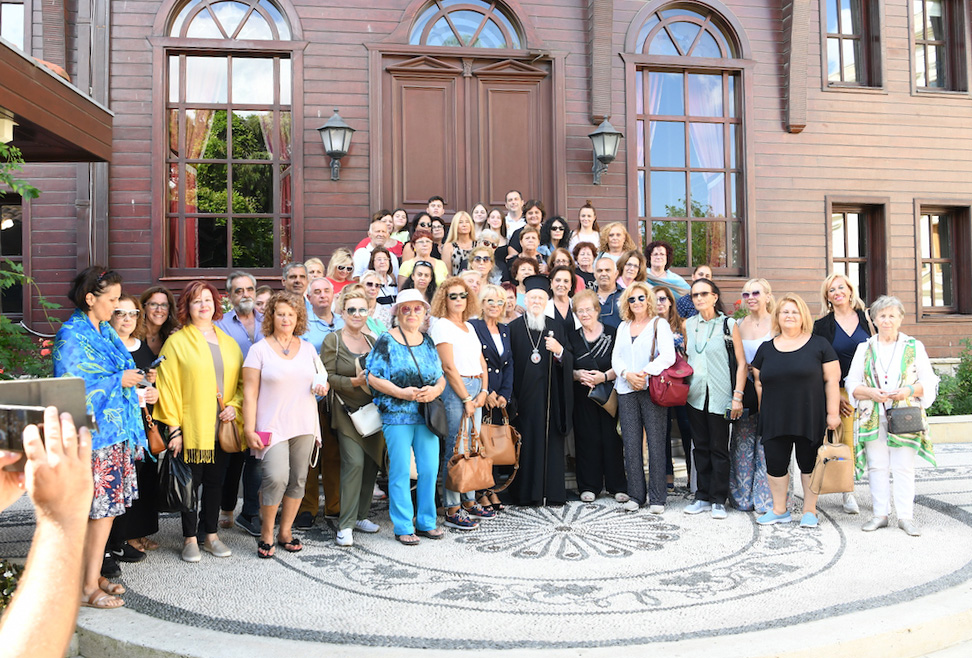 The Ecumenical Patriarch Bartholomew referred to the struggles and the witness of the Mother Church of Constantinople, as he welcomed today, Monday, September 9, a large group of pilgrims from the Glyfada Women’s Association, “EMEIS.”

Speaking about the work of his predecessors, he made a special reference to Ecumenical Patriarch Athenagoras, who during his Patriarchal leadership suffered the tragic events of September 6 and 7, 1955. “It was a black page in the period of his brilliant Patriarchate,” said the Ecumenical Patriarch, and at another point in his speech, he emphasized:

“Whatever happens around us, and despite the shrinkage of the Greek Community in Istanbul, we endure. We have a spirited mindset and we are optimistic about tomorrow, which is in the hands of God. As human beings we do what we can, leaving the rest in God’s hands, and He does not disappoint us. Our Patriarchate has endured many challenges, many trials, many persecutions, but for 1700 years it has been here, fixed and stable. Whatever happens around us, we have a spiritual principle, a spiritual power, which enables us to withstand challenges and difficulties. And when our term of office, our work, our road ends, we give the baton to the younger generation, and so the life of the Church and of the Greek Community, intertwined, continues from generation to generation, from year to year, from century to century. That is how we have reached the 1700 years, by the grace of God, sometimes better, sometimes worse, as one well-known saying says, ‘alone and with many others,’ either way, we struggle and keep going."

His All-Holiness thanked the Board of Directors and the members of the group for their visit to the Phanar; he blessed them and asked them to convey his fatherly and patriarchal wishes to their associates in Greece.