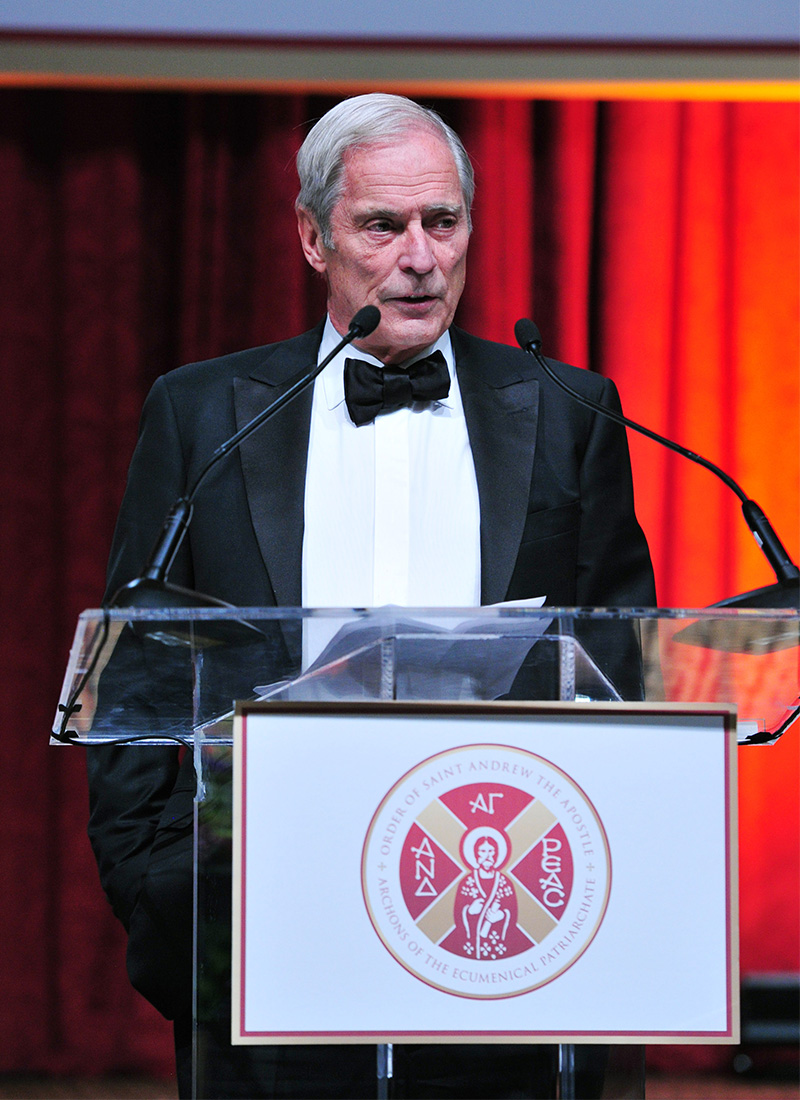 New York, NY - It is with a very heavy heart that we mourn the untimely and tragic death today of Bob Simon, renown CBS 60 Minutes journalist.  Mr. Simon’s extraordinary interview of His All-Holiness Ecumenical Patriarch Bartholomew, entitled The Patriarch which aired on December 17, 2009 was a game-changer in the struggle for religious freedom. The international community had not known of the repressive religious freedom deficit in Turkey until Mr. Simon asked His All-Holiness the question heard around the world, “Do you feel sometimes crucified in your own country,”  “Yes I do feel crucified…” responded the spiritual leader of 300 million Orthodox Christians.

Bob Simon, along with CBS News President Jeff Fager, Producer Harry Radliffe II and the 60 Minutes team received the 2013 Athenagoras Human Rights Award for their perilous work to expose the Turkish government's negative treatment of minority religions.  Bob Simon and his 60 Minutes colleagues went on to produce significant journalistic segments on world Orthodoxy including the Monks of Mount Athos (April 2011), the program exposing the Exodus of Christians from the Holy Land (April 2012) and the persecution of Egyptian Copts (December 2013).

The Archons and all freedom loving citizens of the world will always be grateful to this brilliant, intrepid and seminal journalist who exposed injustice and inhumanity wherever it existed and championed religious freedom for the Holy and Great Mother Church of Constantinople.

The Order of Saint Andrew expresses our profound condolences to Francoise, the beloved wife of Bob, their daughter and the entire 60 Minutes team at CBS News.

May his memory be eternal,