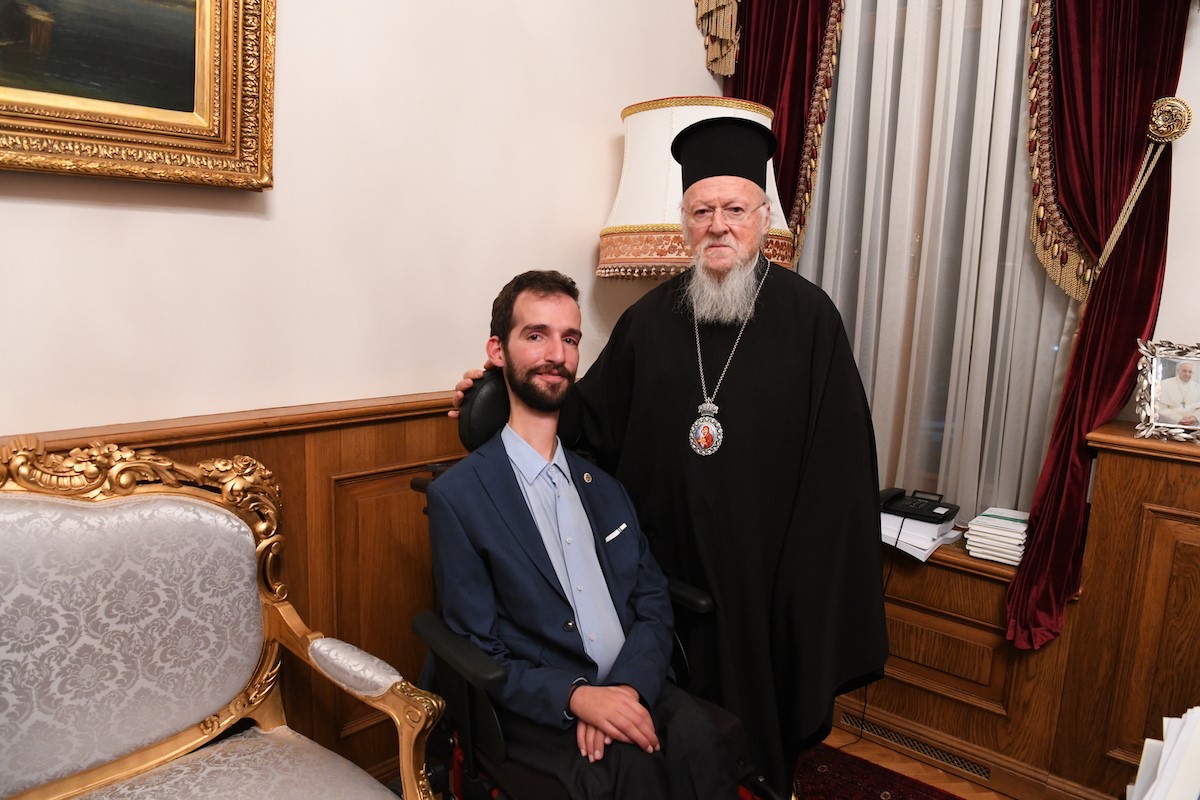 The Greek MEP Stelios Kymbouropoulos was warmly welcomed by His All-Holiness Ecumenical Patriarch Bartholomew as he visited today, Thursday, October 31, the sacred See of the Holy Great Church of Christ.

His All-Holiness congratulated Mr. Kymbouropoulos on his notable election to the European Parliament, but also on his course up to today, pointing out that he is an example not only to people with disabilities, but to society as a whole. His also expressed the hope that during his term in office, he would contribute, with his experience and knowledge, to the strengthening and consolidation of policies of equal opportunity for persons with disabilities and their equal access to all areas of daily life. At the same time, His All-Holiness pointed out that as a society we must stand up against any form of discrimination that may occur to people with disabilities, and he did not fail to express his sympathy for their families, who are often confronted with social stereotypes and various difficulties.

“Our message is a dignified life and equal opportunities for all,” the Ecumenical Patriarch said.

For his part, Mr. Kymbouropoulos thanked His All-Holiness for their meeting and briefed him on his activities in the European Parliament, as well as for his participation in various committees, such as that of Human Rights.

Previously, the Greek MEP visited the Patriarchal Chapel of St. Andrew, where he venerated a fragment of the Holy Relics of Saints Cyril and Methodios.