Print Leading Senators and Members for Religious Freedom urge stronger action to protect religious liberty
Mail
WASHINGTON, D.C. – Leaders in the United States Congress for Religious Freedom stressed the need for the U.S. government to take a more vigorously active role in protecting endangered Christians in the Holy Lands and the Middle East.
These Senators and Members of Congress spoke Tuesday at the Third International Conference on Religious Freedom in the nation’s capital, sponsored by the Order of Saint Andrew the Apostle, Archons of the Ecumenical Patriarchate. 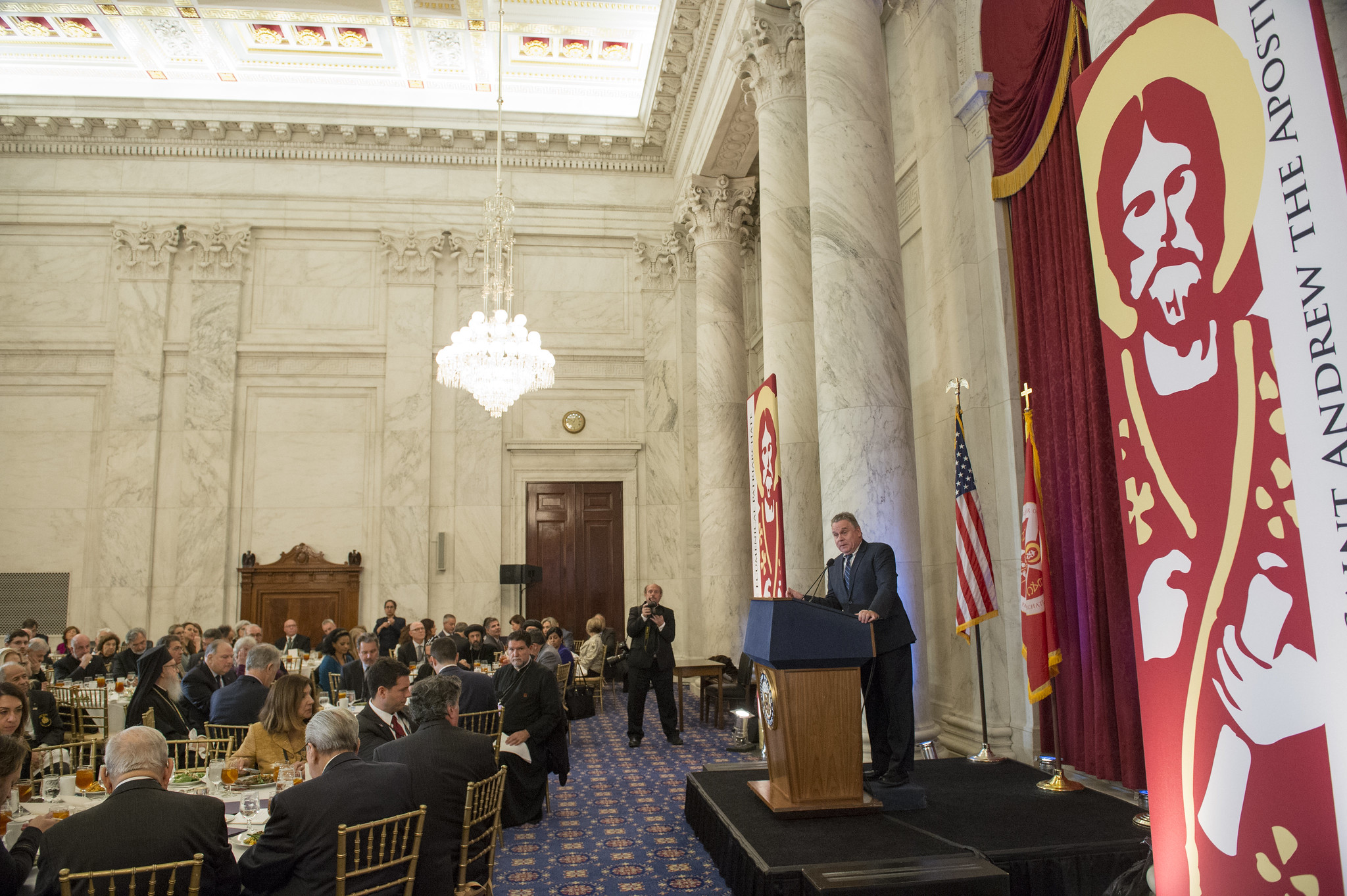 “More than ever before, vigorous U.S. leadership and diplomacy are needed to address religious freedom violations in the region (Middle East and Holy Lands) and globally,” Rep. Smith said. 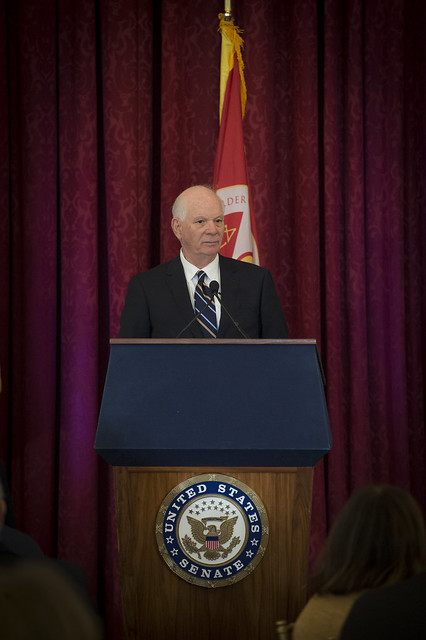 Smith recommended a timely designation of a “country of particular concern” as well as designation of an “entity of concern,” such as a terrorist group. He also urged the meting out of sanctions on designated countries and holding not just countries but also individuals accountable.

Rep. Maloney emphasized that religious persecution “is happening all over the world,” adding that there is a need to create a system to accurately track everything happening to Christian minorities and other religions.

“We need to put more meat in legislation,” she added, such as no aid to Egypt unless they let Christians rebuild their churches.

Maloney has advocated for reform in Turkey such as the reopening of Halki – the Greek Orthodox Christian theological school the Turkish government closed in 1971.

“Look at countries that respect minorities, religion and women – they don’t have terrorism,” Maloney added.

Rep. Biilirakis emphasized the need to “speak out. Our darkest moments have come when those who know better stood still. We must fight to protect Christians all over the world.”

He said the United States must “stand up” to our so-called allies, recommending this country appoint an ambassador-at-large for international religion freedom.

Rep. Fortenberry said that attacks on Christians are not only a loss of life, but are a disabling factor in the Middle East.

“What has happened is genocide,” he emphasized. “What needs to be done is resurrection, revitalization and repatriation”

Sen. Cardin stressed the need to protect religious targets because “what we see in the Middle East is unacceptable. If we don’t take any action, we condone that activity. The United States must take the leadership. Those committing atrocities should not get a pass.”

The senator pledged his commitment to protect Christian minorities in the Middle East and elsewhere. “You have my word,” he said.

Sen. Lankford urged that we speak out clearly for those who are unjustly attacked.

“More and more places in the world have less freedom,” he noted. “Blasphemy laws are being adopted in the world. We should not freely trade with a country that doesn’t recognize religious liberty.”

While emphasizing that there is much work to be done, the senator also urged that we “don’t lose hope.”

The members of Congress were not the only participants to urge work on behalf of embattled Christians worldwide.

Archbishop Demetrios, primate of the Greek Orthodox Archdiocese ofAmerica, attacked the “crime” of killing someone in the name of religion. “There is not a bigger atrocity than that.”

And Dr. Anthony J. Limberakis, national commander of the Archons in America, said, “Let’s hope our work spreads the light of religious freedom around the world.  Our discussions are to bring the light of truth and expose the darkness.”