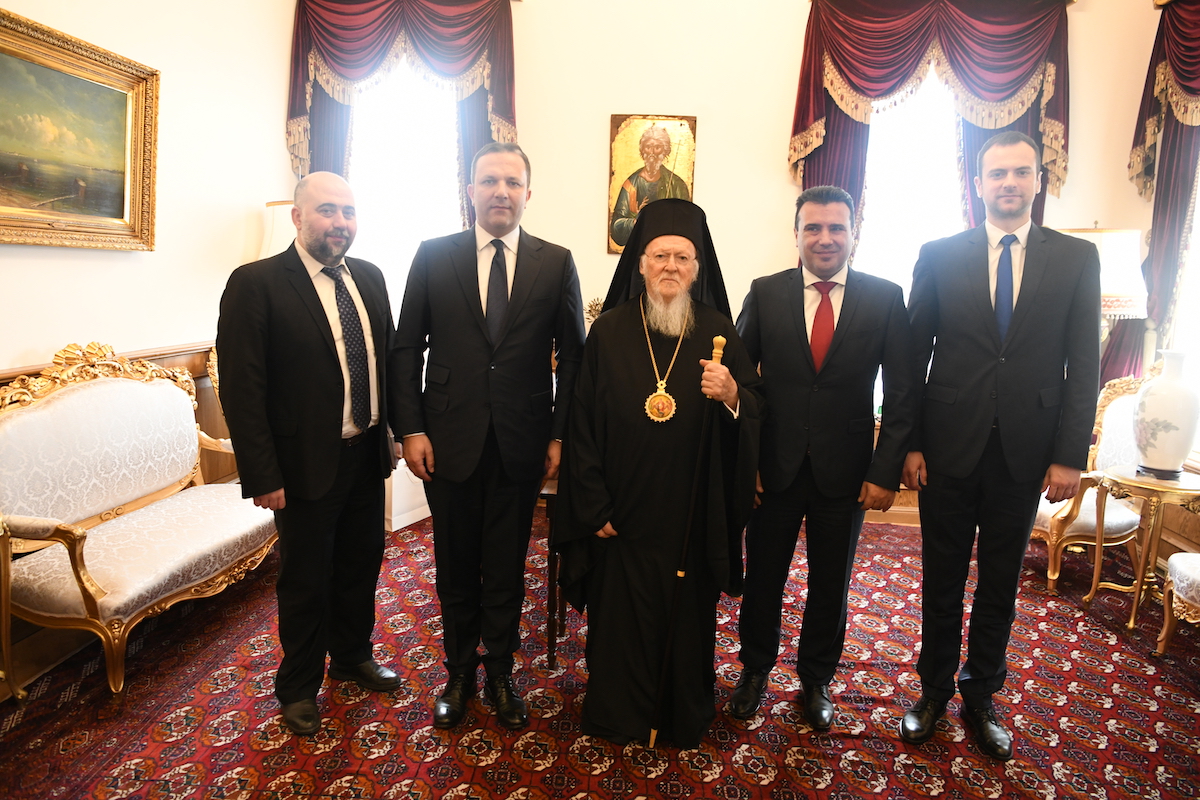 Today, January 13, 2020, His All-Holiness Ecumenical Patriarch Bartholomew received, at their request, His Excellency Mr. Oliver Spasovski, Prime Minister of the Republic of Northern Macedonia, accompanied by his predecessor, His Excellency Mr. Zoran Zaev and his colleagues Mr. Dane Talevski and Mr. Dejan Sotirovski.

The purpose of the meeting was to consider the country’s ecclesiastical problem. During the discussion the following subjects were put on the table, if it is truly the will of the Church henceforth to restore canonical order in the name of the Archbishopric of Ochrid, and then also in time to have recourse to and submit to the arbitration of the Mother Church.

Before that it was decided to invite to the See of the Ecumenical Patriarchate representatives of the Church of Serbia and of the Church in that region, for consultation and an attempt to find a mutually acceptable solution.

The atmosphere of the conversation was warm and sincere, after which the high officials went to the Patriarchal refectory and then left for their homes.

The Prime Minister and his colleagues expressed their respect for and confidence in the Mother Church, which received all of them with favor.

Along with the Ecumenical Patriarch, contributing to the discussion were the Metropolitans Emmanuel of France, Maximos of Selyvria, and Amphilochios of Adrianopolis, the Very Rev. Archimandrite Ioakim and the Deacon Gregorios, General Secretary and Undersecretary of the Holy and Sacred Synod, respectively, as well as the Honorable Mr. Konstantinos Delikostantis, Principal Teacher of the Nation (Genous) and Director of the First Patriarchal Office.