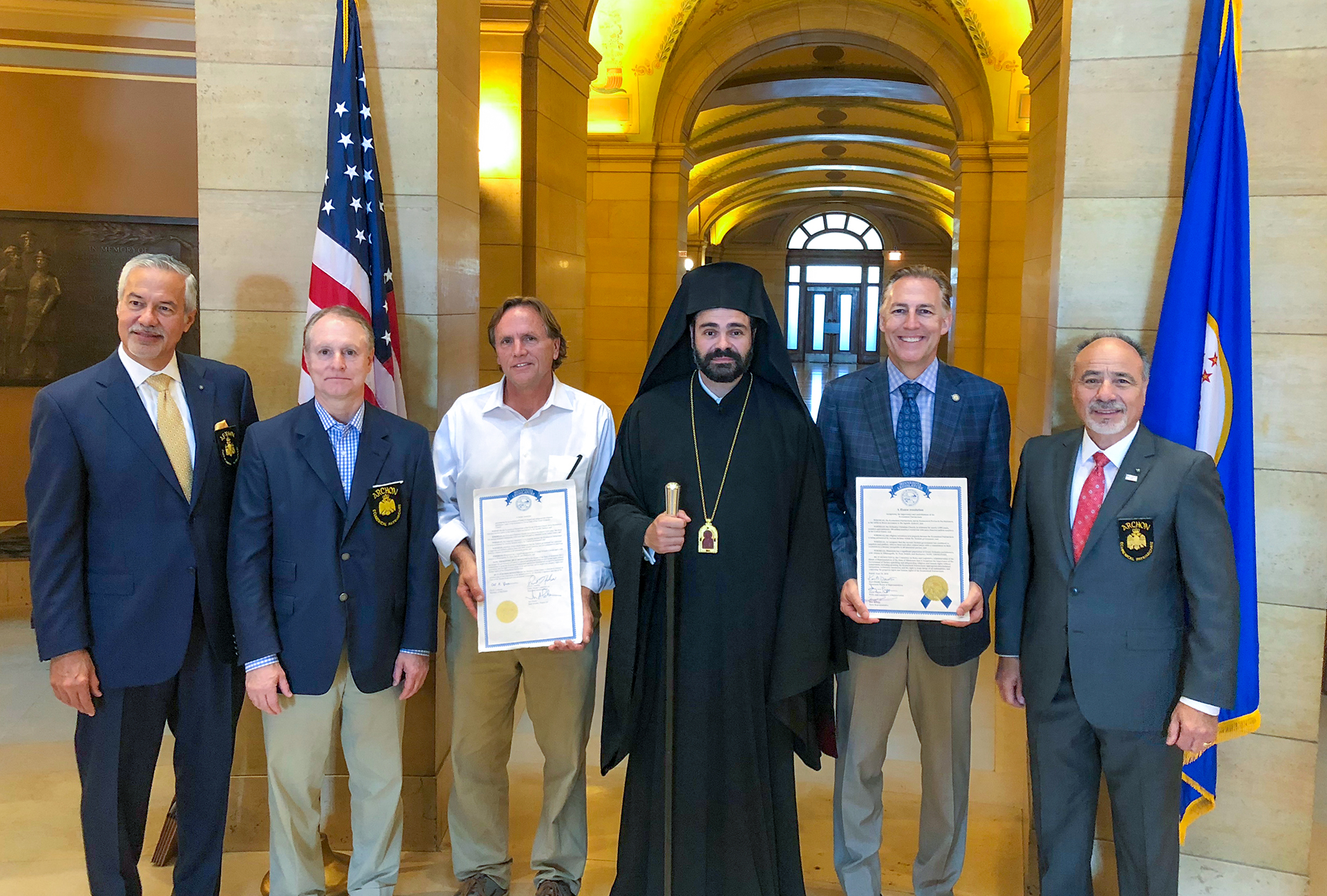 His Eminence Metropolitan Nathanael of Chicago, above, with Senator Jim Abeler, Regional Commanders John Manos and Gus Pablecas and Archon William Spell, who was instrumental in having the Minnesota resolutions passed in the House and Senate. Senator Karen Housley, below, with His Eminence. 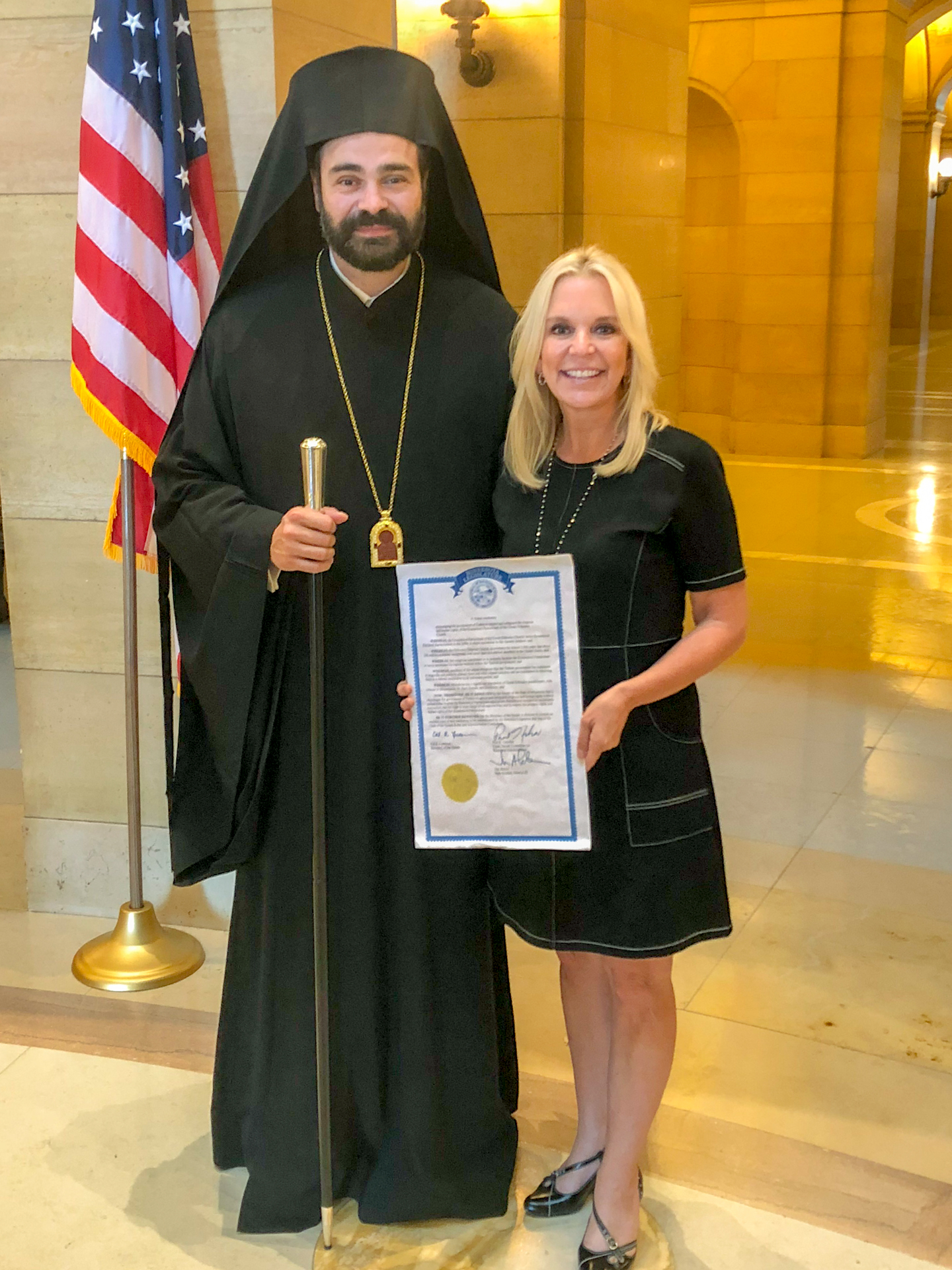 The Minnesota House of Representatives and the Minnesota Senate have taken a strong stand for religious freedom by calling on the government of Turkey to guarantee full religious and human rights for the Ecumenical Patriarch and all religious minorities.

With the issuance of a House Resolution, sponsored by Rep. Ron Kresha, and a Senate Resolution, sponsored by Senator Jim Abeler, Minnesota joins 45 other states in which the legislatures have expressed support for the Patriarch's rights. These states have adopted a total of 58 such resolutions in support of the Ecumenical Patriarchate, representing over 95% of the population of the United States.

With the blessings of His Eminence Metropolitan Nathanael of Chicago, the Minnesota effort was led by Archon Bill Spell and Minnesota Clergymen, Fathers George Dokos, Richard Andrews, Timothy Sas and Mark Munoz.

The nationwide effort to adopt Religious Freedom resolutions in all fifty states has been a part of a multi-faceted effort of the Order of Saint Andrew the Apostle.

“We thank the Minnesota Legislature for its bold action in support of the Ecumenical Patriarchate and the Orthodox Christian community of Minnesota”, Archon Spell said.

The Turkish government refuses to recognize the global character of Ecumenical Patriarch Bartholomew's office and regards him as no more than the bishop of the 2,500 or so Orthodox Christians remaining in Turkey (down from 1.8 million in 1914). It has insisted that new Patriarchs be elected from the rapidly dwindling population of Greek Orthodox citizens of Turkey.

The government has confiscated hundreds of churches and other properties historically belonging to the Orthodox Church, and in 1971 it forcibly closed the seminary at Halki, the major center for the education of future Church leaders.

In the Resolutions, the House and Senate “urge the government of Turkey to uphold and safeguard the religious and human rights without compromise, including granting the Ecumenical Patriarch appropriate international recognition, ecclesiastical succession, and the right to train clergy of all nationalities, and respecting the property rights and human rights of the Ecumenical Patriarchate."

View complete information on all of the state efforts and resolutions