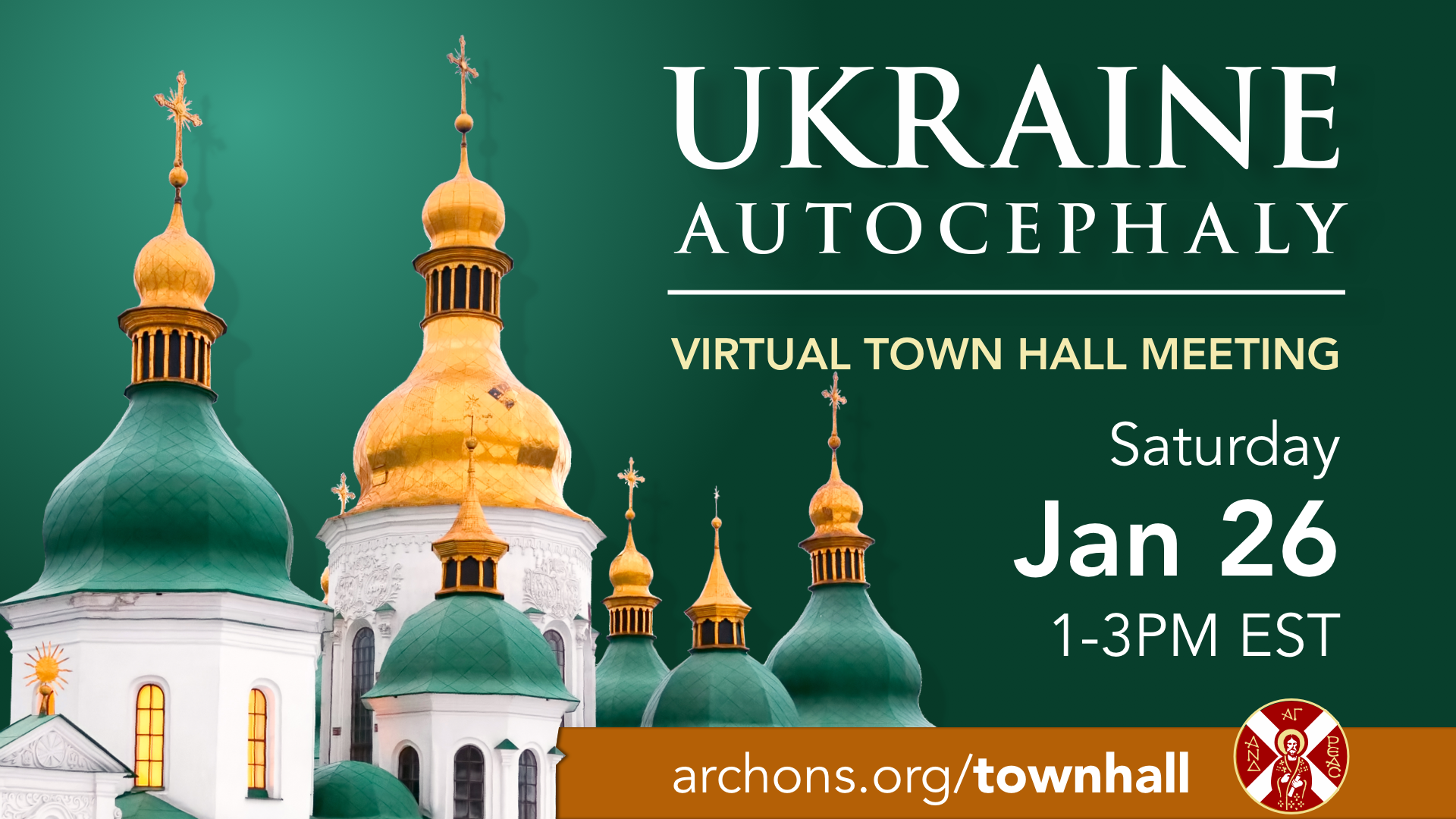 Public Orthodoxy, the publication of the Orthodox Christian Studies Center at Fordham University, has today published an informative new article by Dr. Anthony J. Limberakis, National Commander of the Order of Saint Andrew, Archons of the Ecumenical Patriarchate. Dr. Limberakis explains why the Order has taken the unprecedented step of hosting our first-ever Virtual Town Meeting on the crucial issue of Ukraine autocephaly. Here is Dr. Limberakis' article:

It is one of the most vexing and important questions confronting the Church in our time, and one of the least understood: the granting of autocephaly to the Ukrainian Orthodox Church by His All-Holiness Ecumenical Patriarch Bartholomew of Constantinople has rocked the Church more than any event in the last millennium. Now the Order of Saint Andrew, Archons of the Ecumenical Patriarchate, is hosting a Virtual Town Meeting to bring some light and clarity to this unfortunately heated and unquestionably crucial issue.

The New York Times reported Saturday that Russia is “comparing it to the Great Schism of 1054 that divided western and eastern Christianity.” This issue has indeed been the cause of a regrettable schism, with the Moscow Patriarchate unilaterally breaking communion with Constantinople not over any matter of doctrine, but simply over the question of jurisdiction regarding the Ukrainian Church.

Thus what was, or should have been, simply an administrative issue has become something far larger, with implications for the Orthodox Church as a whole that cannot be overstated. The questions involved in this issue include ones of authority, unity, jurisdiction, and the very nature of what it means to be an Orthodox Christian in the world today.

Some calming and informative voices are certainly needed at this point, and the Order is supplying them, having assembled an impressive roster of speakers – one that certainly cannot be dismissed as simply a group of apologists for the position of the Ecumenical Patriarchate.

The main speaker is His Eminence Metropolitan Emmanuel of France, who is, without any overstatement, one of the handful people in the entire world today who are most qualified to speak on this issue. Metropolitan Emmanuel was appointed by His All-Holiness Ecumenical Patriarch Bartholomew to be Chair of the Patriarchal Commission that reviewed and advised the Holy Patriarchal Synod on the question of Ukraine autocephaly. He is, therefore, directly familiar with all aspects of the process which led to the issuance of the Tomos for Ukraine autocephaly.

The other speakers will clearly bring their own unique and important perspectives to bear on this issue. Among them is the Rev. Nicholas E. Denysenko, PhD, a professor of theology at Valparaiso University who specializes in liturgical theology and Orthodox Christianity, and also, intriguingly enough, an ordained deacon of the Orthodox Church in America since 2003. Like Metropolitan Emmanuel, he is intimately familiar with the salient issues involved in this issue: his most recent books are The People’s Faith: The Liturgy of the Faithful in Orthodoxy and The Orthodox Church in Ukraine: A Century of Separation.

Rounding out the speaker roster is Vera Shevzov, Phd, a Professor of Religion, Russian, East European and Eurasia Studies at Smith College. She, too, is deeply conversant with the Russian Church, its concerns, its particularities, and its sensitivities. Her regular course offerings include Eastern Christianity, and The Russian Icon: Culture, Politics, and the Sacred. Her book Russian Orthodoxy on the Eve of Revolution was awarded the Frank S. and Elizabeth D. Brewer Prize of the American Society of Church History.

The panel discussion will be moderated by Archon George E. Demacopoulos, Phd, of Fordham University, who is the Co-Director of the Orthodox Christian Studies Center there and a specialist in the history of Christianity.