November 30: The Feast Day of Saint Andrew the First-Called 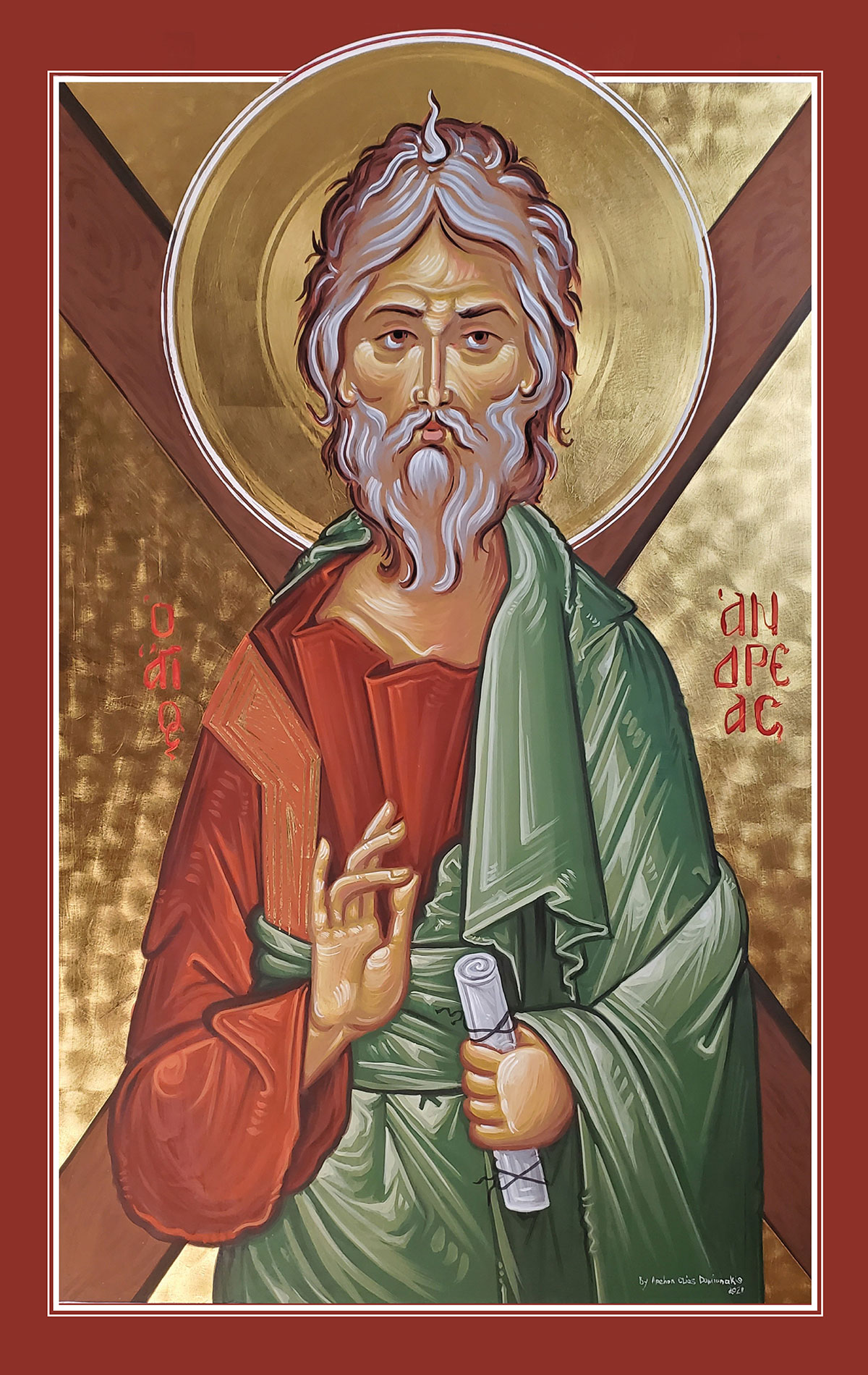 Saint Andrew was from Bethsaida of Galilee, and was the brother of Peter, the chief of the Apostles who founded the Church in Rome. St. Andrew had first been a disciple of John the Baptist; afterwards, on hearing the Baptist's witness concerning Jesus, when St. John pointed Him out with his finger and said, "Behold the Lamb of God, Who takes away the sin of the world" (John 1:29,36). Andrew then began following Christ and became His first disciple, and is therefore called the Protocletus, the First-Called of the Apostles. After the Ascension of the Lord, he preached in various lands, and founded the Church in Byzantium, the future site of Constantinople. Having suffered many things for the Lord's sake, he died in Patras of Achaia: he was crucified on a cross in the shape of an "X," the first letter of "Christ" in Greek; this cross is also the symbol of Saint Andrew.

While Peter symbolically came to represent the Church of the West, Andrew likewise represents the Church of the East. The Order of Saint Andrew the Apostle is made up of Archons who are selected by His All-Holiness Ecumenical Patriarch Bartholomew for their outstanding service to the Church, and are significant, distinguished, and well-respected leaders of the Orthodox Christian community. Their special concern and interest is to serve as a bulwark to protect and promote the Sacred See of St. Andrew the Apostle and its worldwide salvific mission.

As first of the Apostles to be called, O Andrew, brother of him (Peter) who was foremost, beseech the Master of all to grant the world peace and our souls great mercy.