Archons John A. Catsimatidis, Andrew Liveris, Dennis Mehiel, Michael Psaros and George P. Stamas recently sponsored an incisive and hard-hitting full page ad in The New York Times, calling out the Republic of Turkey for its repeated violations of the religious freedom of Christians and other religious minorities, as well as for its belligerent and destabilizing activities in Southeastern Europe and the Middle East. 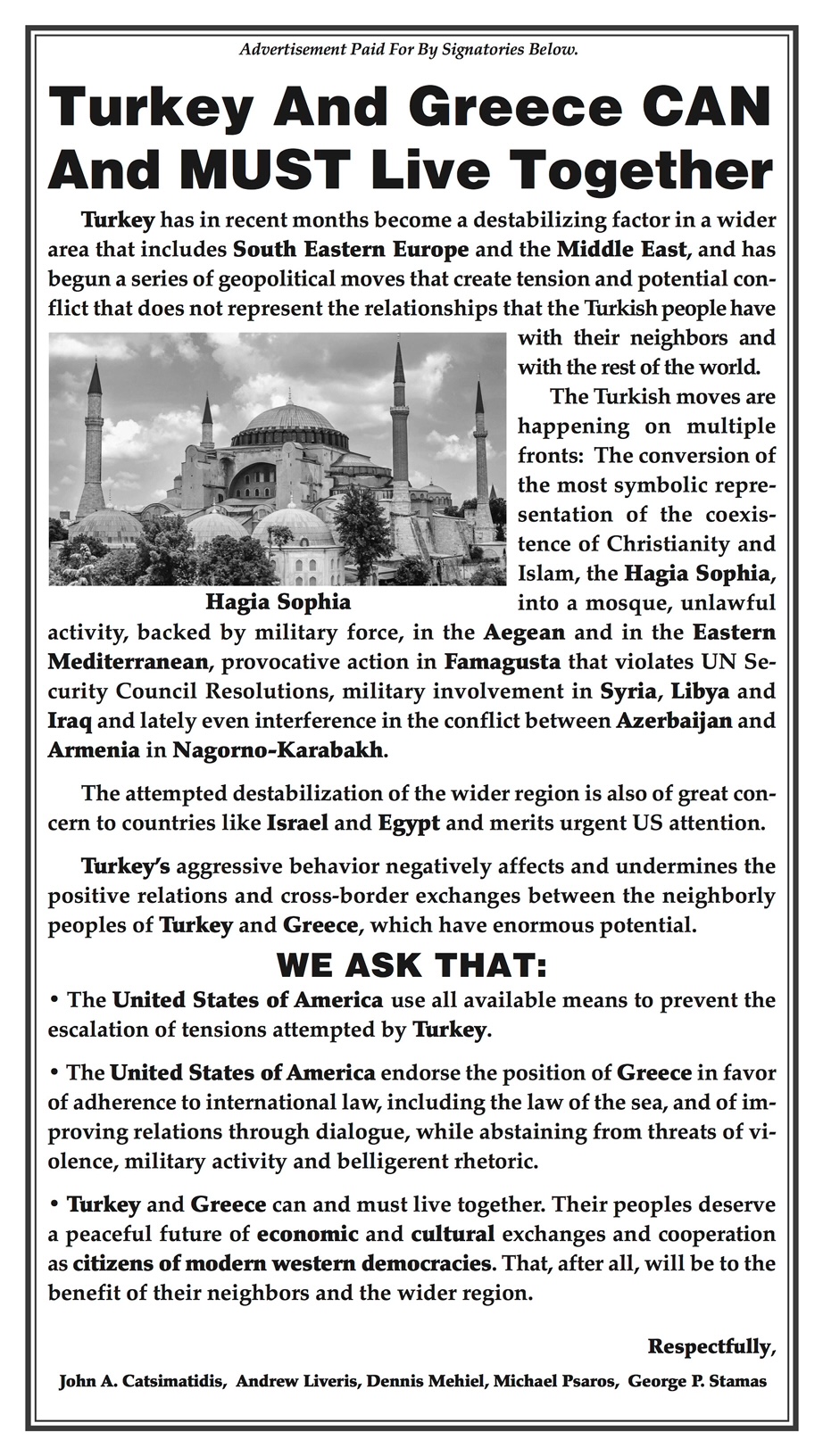