Extraordinary First Meeting with our new, beloved Archbishop of America His Eminence Elpidophoros! 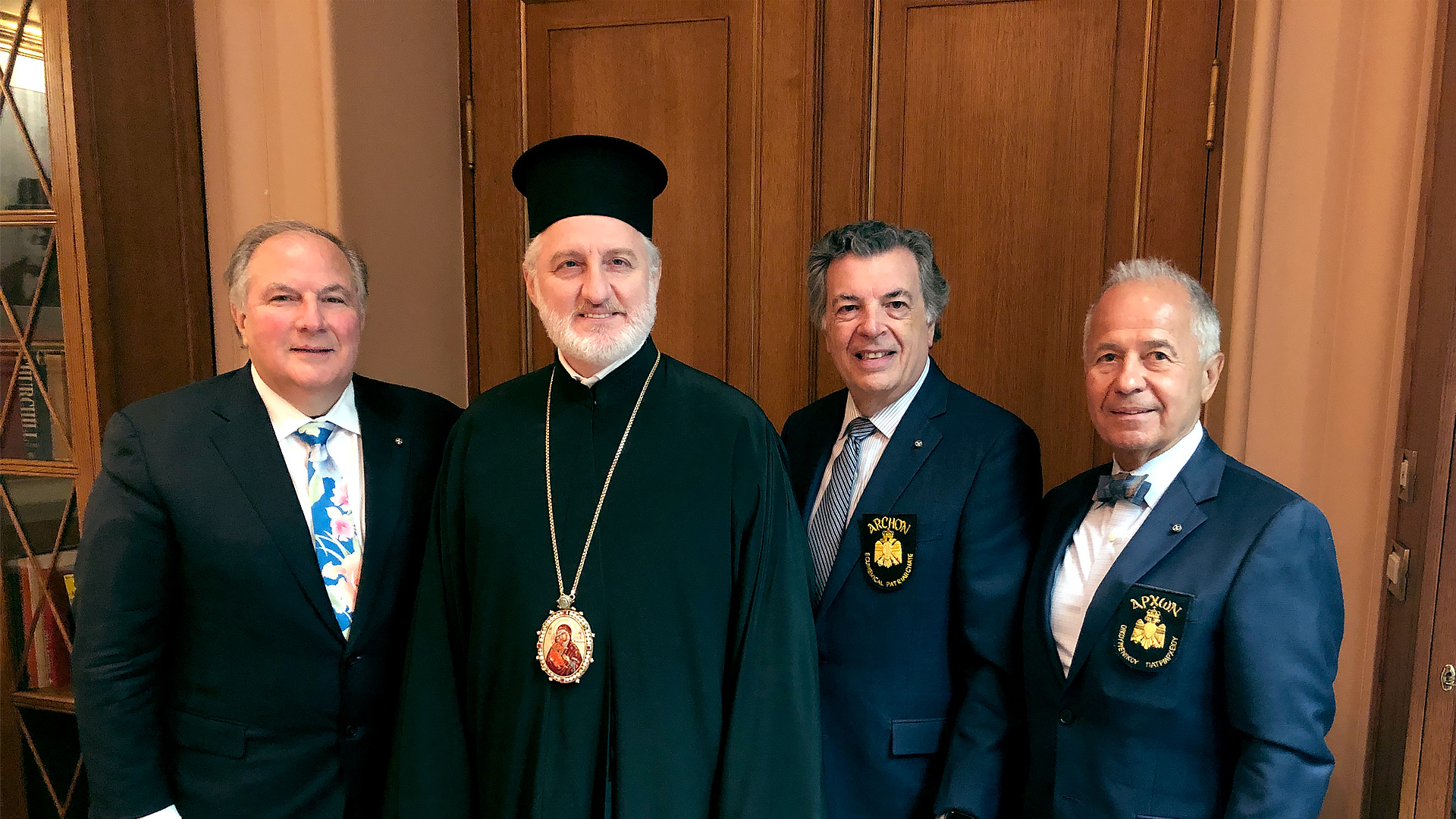 Initial Impressions from the Order of St. Andrew

ATHENS – On May 31, 2019 the officers of the Order of Saint Andrew, the Apostle, National Secretary Archon Hon. B. Theodore Bozonelis, National Treasurer Archon Peter J. Skeadas and I met with our newly elected Archbishop of America, His Eminence Elpidophoros in Athens, Greece at the Grande Bretagne Hotel. We met this past Friday morning in the hotel’s Winston Churchill Boardroom, which was most apropos, as Churchill with the intrepid British nation by his side prevented the collapse of Christian Civilization for two years until America entered the war.  We believe it will be our beloved Ecumenical Patriarch Bartholomew through the person of his newly elected Archbishop Elpidophoros, who together with the clergy and laity of this great Nation and Archdiocese who will revitalize the Church in America.  There is an urgent need to infuse energy, vitality, optimism and a renewed sense of spirituality in our church and these are the precise qualities/charismata that this newly elected monk/Archbishop possesses.

Immediately following the election of Archbishop Elpidophoros, the National Council of the Order, its governing body, budgeted funding so that its officers could meet with our new Archbishop to convey the urgent message of faith, hope and agape.  I am most proud of our officers who flew 11 hours halfway around the world, leaving our wives and families to meet with Archbishop Elpidophoros and return home within just a few days.

It was very apparent at the onset of our meetings that His Eminence is fully aware of the challenges that confront our Church in America and all its components. As he embarks on his ministry in America it was also very apparent that His Eminence seeks a true partnership with his devoted Greek Orthodox clergy and laity to enhance all our Greek Orthodox institutions.  We entered a true dialogue with His Eminence, speaking the Truth in Love.  We, as Archons reassured His Eminence that he can count on each of our 750 Brother Archons of the Great Church of Christ to assist him as he addresses the concerns of all the Faithful and reinforces our bond with our Holy Mother Church.  We are encouraged that our new Archbishop will, in fact strengthen our ties with the Mother Church of Constantinople, as we are all fully cognizant of the fact that the spiritual DNA of the Ecumenical Patriarchate flows in each of the two million Orthodox faithful in the United States, as well as in all the faithful of the 15 autocephalous churches around the world.

In a most encouraging signal, His Eminence Archbishop Elpidophoros who also is adept in social media communication, seeks to enhance the leadership role and participation of women in the church in America.

What perhaps is most encouraging to the Archons in America regarding Archbishop Elpidophoros, is that our beloved new Archbishop is a true son of the Ecumenical Patriarchate, having served at the Phanar, the Spiritual Center of World Orthodoxy for the past 25 years.  His role model, his mentor, his spiritual father, was and is His All-Holiness Ecumenical Patriarch Bartholomew… and that, my beloved friends says it all!