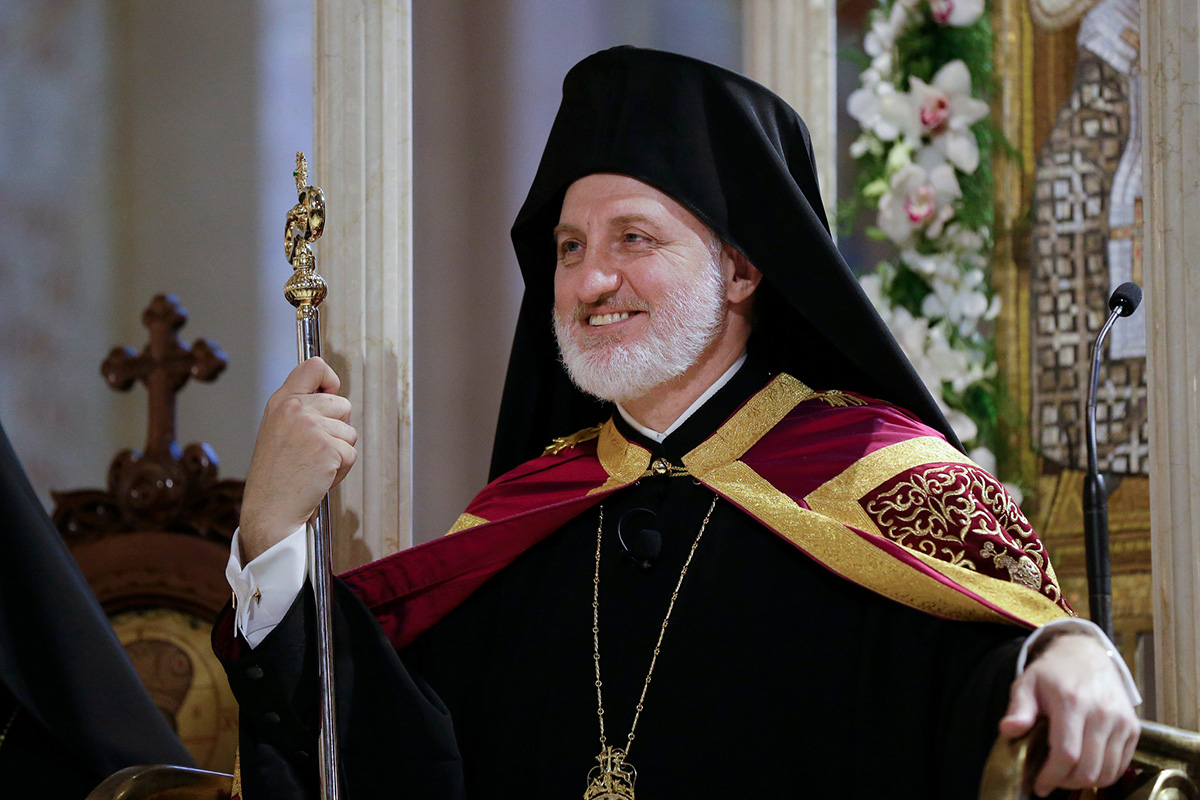 Today marks the one year anniversary of the election of Archbishop Elpidophoros of America, wisely selected by His All-Holiness Ecumenical Patriarch Bartholomew to whom we are profoundly grateful and unanimously elected by the Holy and Sacred Synod. We offer heartfelt congratulations to His Eminence Archbishop Elpidophoros for a most impactful first year! In just one short year he has taken extraordinary and decisive steps in righting the course of the Greek Orthodox Archdiocese of America: the resurrection of St. Nicholas National Shrine, placing our beloved Holy Cross Seminary on a solid foundation, establishing an endowment for the Ecumenical Patriarchate, reacting brilliantly to the COVID-19 crisis to protect Orthodox Christian faithful throughout America and beginning to address and unify the governing structure of the Church to strengthen the Archdiocese. In one short year so much has been accomplished by His Eminence resulting in many jewels on his archiepiscopal mitre, no doubt!

The Archons of America continue to stand ready to serve in any capacity in support of the Ecumenical Patriarchate and the Archdiocese of America.