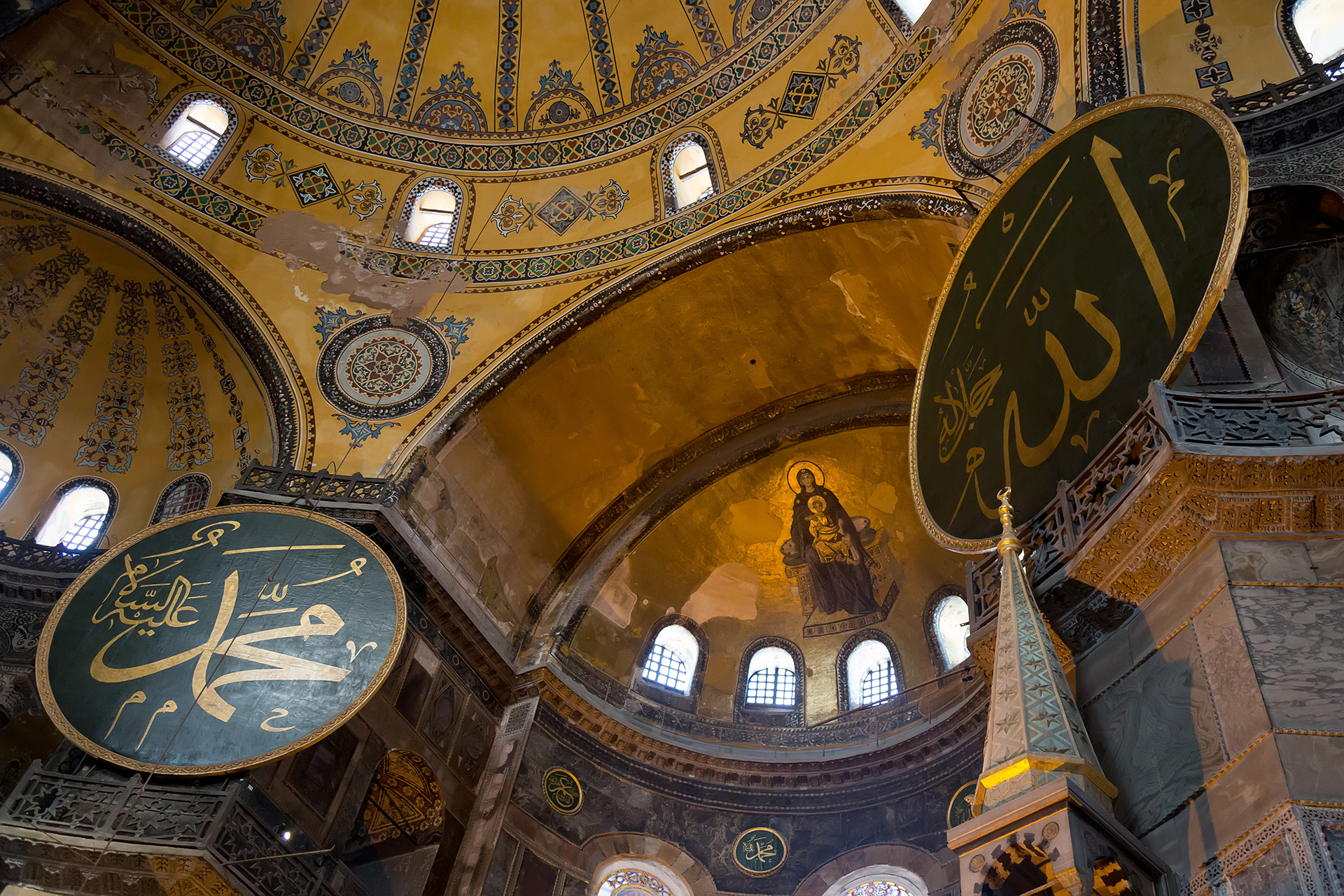 The Order of Saint Andrew the Apostle, Archons of the Ecumenical Patriarchate, notes with sorrow and dismay new reports that Turkish President Recep Tayyip Erdogan may convert the Hagia Sophia to a mosque.

Hagia Sofia in Istanbul is known throughout the world as the Great Church of Christ. Built in the sixth century by the Byzantine Emperor Justinian, Hagia Sophia was for nearly a thousand years the seat of the Ecumenical Patriarchate, the center of the Orthodox Faith, and the world’s most magnificent cathedral. Following the Muslim conquest of Constantinople in 1453, it was converted to a mosque by Sultan Mehmet II, and became a museum in 1935.

Turkish authorities have declared for several years now their intention to convert into mosque. On May 21, 2014, the U.S. Commission on International Religious Freedom (USCIRF) called “misguided” a bill that had been introduced in Turkey’s parliament to change the status of the Hagia Sophia to a mosque. USCIRF urged Erdogan “publicly to reject the bill and affirm that Hagia Sophia’s current status will be maintained.”

While the status of the museum was not then changed, the Islamic call to prayer was conducted there for the first time in 85 years on July 1, 2016, and a permanent imam was assigned to Hagia Sophia. This was a violation of the monument’s formal neutral status. Archon leadership met in Washington on Tuesday, July 12, 2016 protesting this development and sought official criticism of this move from the U.S. government.

Once again the status of the Hagia Sophia was not changed, but this issue has not been put to rest. On March 24, 2019, Erdogan was asked in an interview whether the Hagia Sophia would be converted to a mosque. He replied: “This is not unlikely. We might even change its name to Ayasofya Mosque.”

The Order urgently requests that the United Nations and the U.S. State Department and Commission on Religious Freedom act to prevent this, given the Hagia Sophia’s importance for Christians and the deleterious effect this change would have upon Turkey’s embattled Christian minority. Converting the Hagia Sophia to a mosque would further undermine the position of the Christians of that nation, making their situation all the more precarious. We ask instead that the government of Turkey affirm its commitment to religious freedom and discard all plans to change the status of the Hagia Sophia.