At the Invitation of His All-Holiness, Archon Aristotle Papanikolaou Speaks at Episcopal Synaxis

Print At the Invitation of His All-Holiness, Archon Aristotle Papanikolaou Speaks at Episcopal Synaxis
Mail 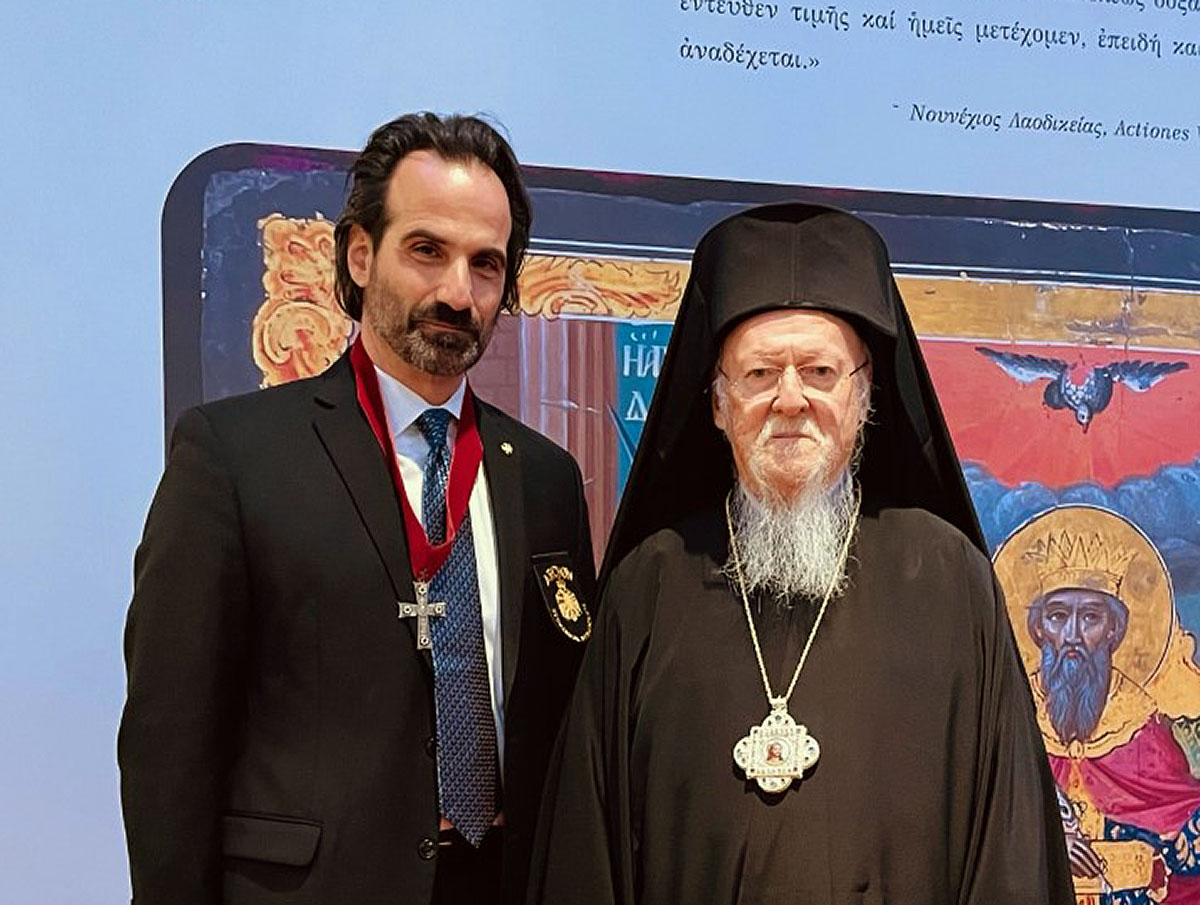 I’m delighted to announce that at the invitation of His All-Holiness Ecumenical Patriarch Bartholomew, our brother Archon Prof. Aristotle Papanikolaou, Ph.D. addressed the Episcopal Synaxis in September.

Archon Telly was asked to speak about the production of the document “For the Life of the World: The Social Ethos of the Orthodox Church,” which was published in March 2020, and about the ideas that lay behind it. This document was commissioned by His All-Holiness himself and was years in the making. His All-Holiness explained: “Our Modesty commissioned a group of reputable Orthodox theologians three years ago to compile a text, on the basis of the positions formulated by the Holy and Great Synod of Orthodoxy, based on theological assumptions, positions on social ethics in the Orthodox Church.”

“For the Life of the World” was the first-ever effort of the Ecumenical Patriarchate to speak to the challenges of the modern world, and it does so in a comprehensive and compelling manner. There is no other document like it in existence, and I strongly urge you to read it here. We are immensely proud of Archon Telly for his role in the development of this groundbreaking document, and grateful to His All-Holiness for choosing one of our brother Archons for the singular honor of addressing the Episcopal Synaxis.

Prof. Dr. Aristotle Papanikolaou of Sts. Constantine and Helen in Andover, MA, and in Chicago, IL, was invested as Archon in 2010 and conferred with the offikion Prostatis ton Grammaton. He coordinated the award by Fordham University of its highest honor, the Honorary Doctorate of Laws, to His All-Holiness in 2009.

Archon Telly has been a member of the Youth Commission of the Greek Orthodox Archdiocese of America, a Board Member of Pappas Patristic Institute, and a member of the Social and Moral Issues Commission of SCOBA. He earned his BA from Fordham University (1988), his MDiv from Holy Cross Greek Orthodox School of Theology (1991), and his PhD from the University of Chicago (1997). He is a Professor of Theology and the Archbishop Demetrios Chair in Orthodox Theology and Culture at Fordham University, and is Co-Director of the Orthodox Christian Studies Center at the same University, and Senior Fellow at the Emory University Center for the Study of Law and Religion. Archon Papanikolaou and his wife, Constantia, were married in 1994.