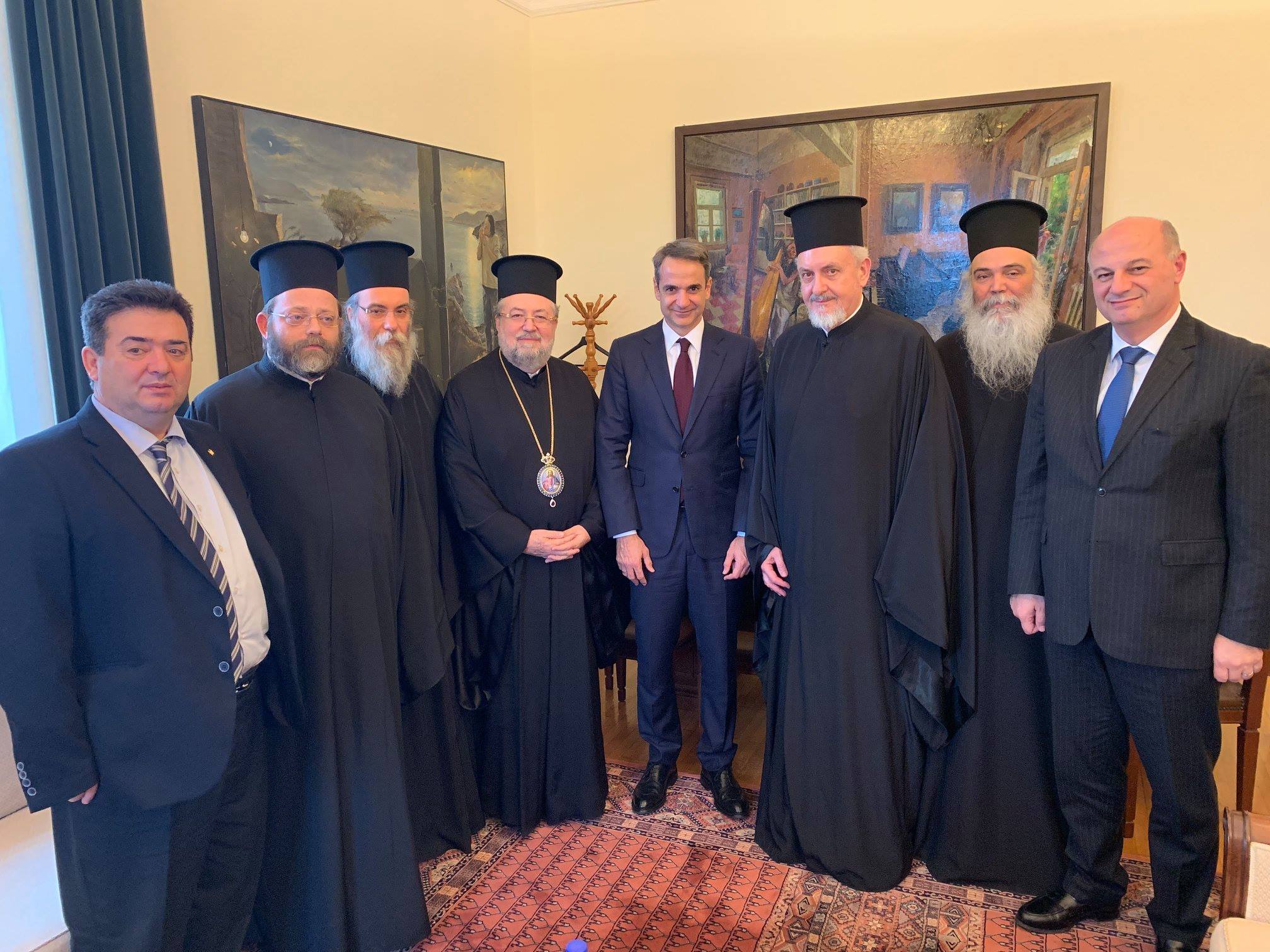 On Tuesday, February 12, 2019, a Delegation of the Ecumenical Patriarchate, headed by Metropolitan Dimitrios, Geron of the Prince Islands, and comprised of Metropolitans Emmanuel of France; Amphilochios of Kissamos and Selinou; Amphilochios of Adrianopole; and others met in Athens with representatives of the Church of Greece under the chairmanship of His Beatitude Archbishop Ieronymos of Athens and All Greece. The meeting took place in a climate of mutual understanding, cooperation and community, and revealed the absolute concord and concordance of the views of the two Churches. The delegations agreed on proposals regarding several important matters.

The following day, the Delegation of the Ecumenical Patriarchate met with the Greek Minister of Education, Research and Religious Affairs, Konstantinos Gabroglou, and his colleagues at the Ministry of Education, and with the President of the Greek opposition party New Democracy (ND), Kyriakos Mitsotakis, as well as with the Secretary General of the Greek Parliament’s ND group, Konstantinos Tsiaras, in the Hall of the Hellenic Parliament.

Then on Thursday, February 14, 2019, the Delegation of the Ecumenical Patriarchate had a working meeting with the General Secretary of the Communist Party of Greece Dimitrios Koutsoumpas, along with the Speaker of the Greek Parliament, Athanasios Pafilis, again in the Hall of the Hellenic Parliament.

View photos of these meetings