U.S. Secretary of State Pompeo to Meet with His All-Holiness Ecumenical Patriarch Bartholomew, Tuesday, November 17th at the Phanar 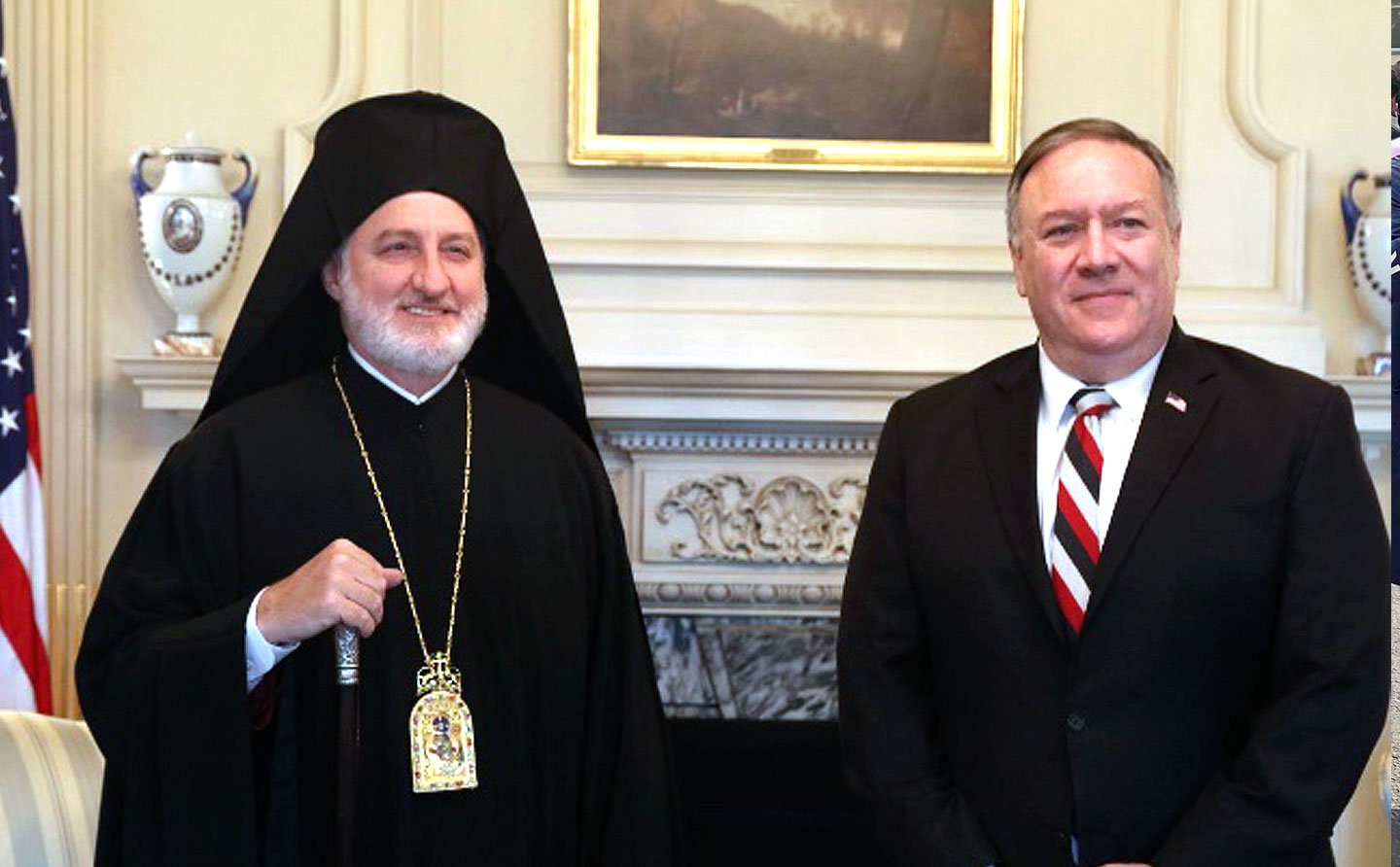 Archbishop Elpidophoros of America and Fr. Alexander Karloutsos, met with Secretary of State Pompeo two months ago, on September 24, 2020, to discuss religious freedom in Turkey.

The U.S. State Department has announced that Secretary of State Michael R. Pompeo will travel to Istanbul to meet with His All-Holiness Ecumenical Patriarch Bartholomew, the spiritual leader of the world’s 300 million Orthodox Christians, during his trip to France, Turkey, Georgia, Israel, the United Arab Emirates, Qatar, and Saudi Arabia from November 13 to 23. The meeting between His All-Holiness and Secretary Pompeo is scheduled for Tuesday, November 17, 2020 at the Phanar.

The State Department website states that “following Paris, Secretary Pompeo will travel to Istanbul, Turkey to meet with His All Holiness the Ecumenical Patriarch of Constantinople, Bartholomew I, to discuss religious issues in Turkey and the region and to promote our strong stance on religious freedom around the world.”

His Eminence Archbishop Elpidophoros of America and Protopresbyter Fr. Alexander Karloutsos, Spiritual Advisor of the Order of Saint Andrew the Apostle, Archons of the Ecumenical Patriarchate, met with the Secretary of State two months ago, on September 24, 2020, to discuss religious freedom in Turkey and other issues of religious and human rights, as well as the persecution of Christians in the former Soviet republics and the Middle East.

According to the Wall Street Journal, “In Turkey, one of the seven countries the top diplomat is set to visit, Mr. Pompeo has three religious events scheduled in Istanbul but won’t meet with any Turkish government officials, senior State Department officials told reporters on Friday,” November 13.