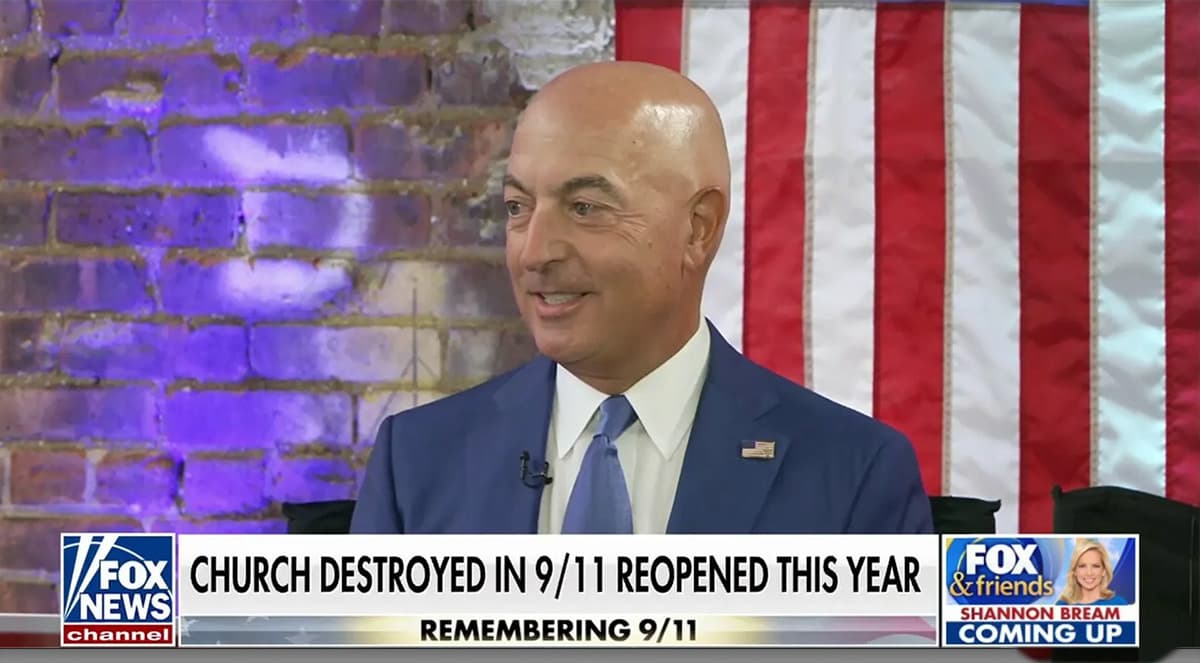 On Sunday, September 11, 2022, Archon Michael Psaros appeared on "Fox & Friends Weekend" to discuss with Fox host Rachel Campos-Duffy the reopening and consecration of Saint Nicholas Church and National Shrine at Ground Zero in New York City. Archon Psaros, who will receive the 2022 Nicholas J. Bouras Award for Extraordinary Archon Stewardship on Friday, October 7, 2022, during the Order's annual Archon Weekend, explained that “the Saint Nicholas National Shrine celebrates the American values of religious freedom and stands as a defiant symbol to the forces of religious intolerance around the world.” Archon Psaros concluded by inviting people of all faiths and nationalities to visit the shrine when it opens on November 1.