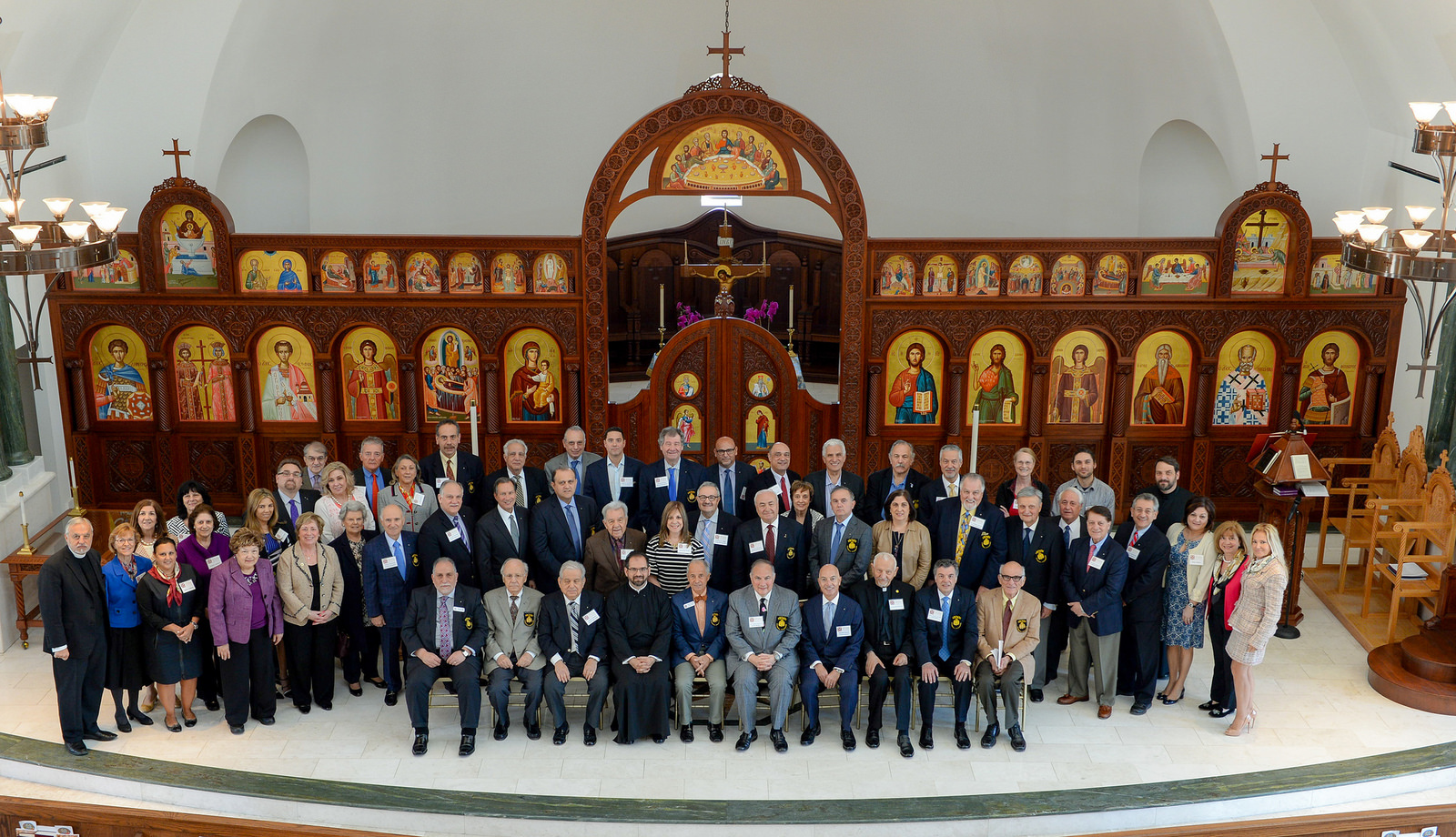 With the blessings of His Eminence Archbishop Demetrios of America, the Order of Saint Andrew, Archons of the Ecumenical Patriarchate in America, was pleased to have Reverend Dr. Stefanos Alexopoulos as its retreat master for the 13th Annual Archon Lenten Retreat, April 15-16, 2016. The retreat was held at the Dormition of the Virgin Mary Greek Orthodox Church of the Hamptons, hosted by Father Alexander Karloutsos, Archon Spiritual Advisor and Father Constantine Lazarakis, Pastor.

Some seventy Archons, spouses and participants attended the retreat which allowed everyone to grow in their spirituality, join together in fellowship and prayer, and allowed Archons to reenergize their commitment in the pursuit of religious freedom for the Mother Church of Constantinople.

The two-day retreat focused on the topic, "The Power of Worship: Insights From Liturgical History, Liturgical Theology, & Liturgical Anthropology" outlining and dissecting the Byzantine Liturgy and offering insights from Liturgical theology and anthropology. Participants had the opportunity to engage in breakout sessions and also worship during an evening Akathist service along with a celebration of the Divine Liturgy the following morning, led by Father Constantine Lazarakis, rector, and visiting retired cleric Father Constantine Mathews.

National Commander Anthony J. Limberakis, together with Archons Peter J. Skeadas, Michael G. Psaros--co-chairs of the Spirituality Committee--and members of the National Council, thanked Fr. Stefanos at the conclusion of the retreat.

About the Retreat Master

Fr. Stefanos was born in Zimbabwe, raised in South Africa and Greece, and received his higher education in the United States, earning a B.A. in Religious Studies from Hellenic College, a M.Div. from Holy Cross Greek Orthodox School of Theology, both in Brookline, MA., and a Ph.D. in Liturgical Studies from the University of Notre Dame. While at the University of Notre Dame he taught the course "The Spirituality of the Christian East: Experience, Form, and Expression" for which he received the Outstanding Graduate Student Teacher Kaneb Award for Excellence in Teaching. In 2003 Fr. Stefanos returned to Greece where he served as a parish priest and taught for the College Year in Athens Program, for the Greco-Roman Program of St. John's University/St. Benedict's College, Collegeville, MN, and for the Pastoral Institute of the Archdiocese of Athens, Church of Greece. In 2009 he was elected Assistant Professor of Liturgy at the Ecclesiastical Academy of Athens. In the Spring of 2012 he was invited to teach at the Institute of Sacred Music at Yale University as a visiting professor. His work has appeared in English, Greek, German and Russian. He is the author of The Presanctified Liturgy in the Byzantine Rite: A Comparative Analysis of Its Origins, Evolution, and Structural Units in the series Liturgia Condenda 21 (Peeters Publishers, 2009). He is a member of the North American Academy of Liturgy and the Society of Oriental Liturgy, which he served as Secretary between 2006-2012. Since 2009 is actively involved in the new Catalogue of Byzantine Manuscripts project out of the Protestant Theological University (Holland). He is an ordained Greek Orthodox priest, the son and grandson of priests, and since 2010 has been appointed full member of the Special Synodical Committee on Liturgical Renewal of the Holy Synod of the Church of Greece. Fr. Stefanos joined the Faculty of the School of the Theology and Religious Studies at Catholic University of America in the Fall of 2013.