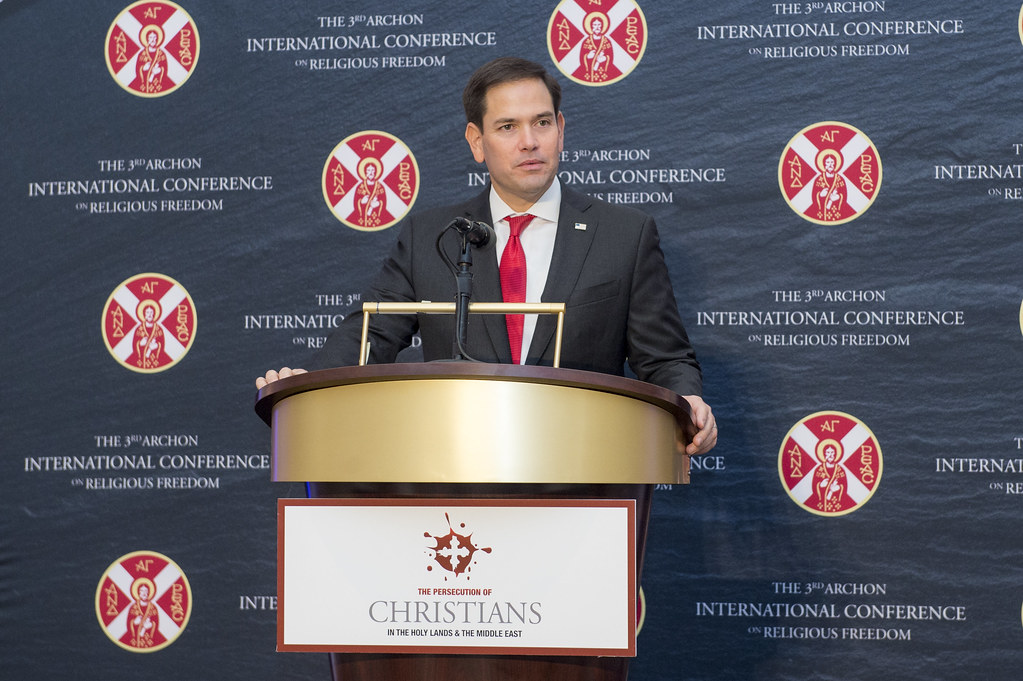 Sen. Marco Rubio emphasized Wednesday that with the increasing persecution of Christians in the Middle East, complacency with the current situation is not an option for the United States.

"We must move on with a sense of urgency," the Republican senator from Florida, who serves as Chairman of the Senate Foreign Relations Committee's Human Rights Subcommittee and as Helsinki Commission Commissioner, said in a speech before the Third International Conference on Religious Freedom in Washington. The three-day conference was sponsored by the Order of Saint Andrew the Apostle, Archons of the Ecumenical Patriarchate.

"Will we stand with our persecuted brothers and sisters in the hour of their suffering? I pray the answer is yes," said the senator who received a standing ovation at the conclusion of his speech.

"The issue of international religious freedom is deeply personal to me, and something that I have dedicated much of my time advancing since first joining the Senate," he said, adding that religious freedom is at the center of America's own experiment in self-governance.

Rubio noted that violations of religious freedom occur daily around the globe at the hands of state and non-state actors alike. "No faith and no region are untouched, but it is the persecution of Christians which has reached staggering levels."

He pointed out that in 2015 alone it is estimated that more than 7,000 Christians died for their faith with this figure not including the millions more who were attacked, imprisoned, forcibly displaced or otherwise harmed.

While noting that numerically there has been a precipitous decline in the Christian population throughout the Middle East that predates ISIS, Rubio emphasized that this decline will not end with the eventual military defeat of ISIS.

"The full measure of human suffering exacted against these innocent people of faith remains truly incalculable. As it relates to ISIS atrocities, they have rightly been called genocide by the Obama administration and also the Trump administration," Rubio said. "But words alone are hollow unless action follows and we must be moved to action to preserve the very cradle of our faith."

"If the United States fails to take meaningful steps to support these communities, including ensuring their access to humanitarian assistance and resources they need to rebuild, even more of them will be forced to abandon their ancient homeland."

Rubio said he appreciated Vice President Mike Pence's "personal commitment to this issue," noting that the vice president will travel to the region later this month "in part to draw attention to the plight of persecuted Christians and religious minorities across the Middle East."

"As we in the West encounter the bold and unapologetic faith of believers dwelling in lands where their identity as Christians makes them susceptible to displacement, attack, persecution and even death, we can't help but wonder at their courage and steadfastness," Rubio added.