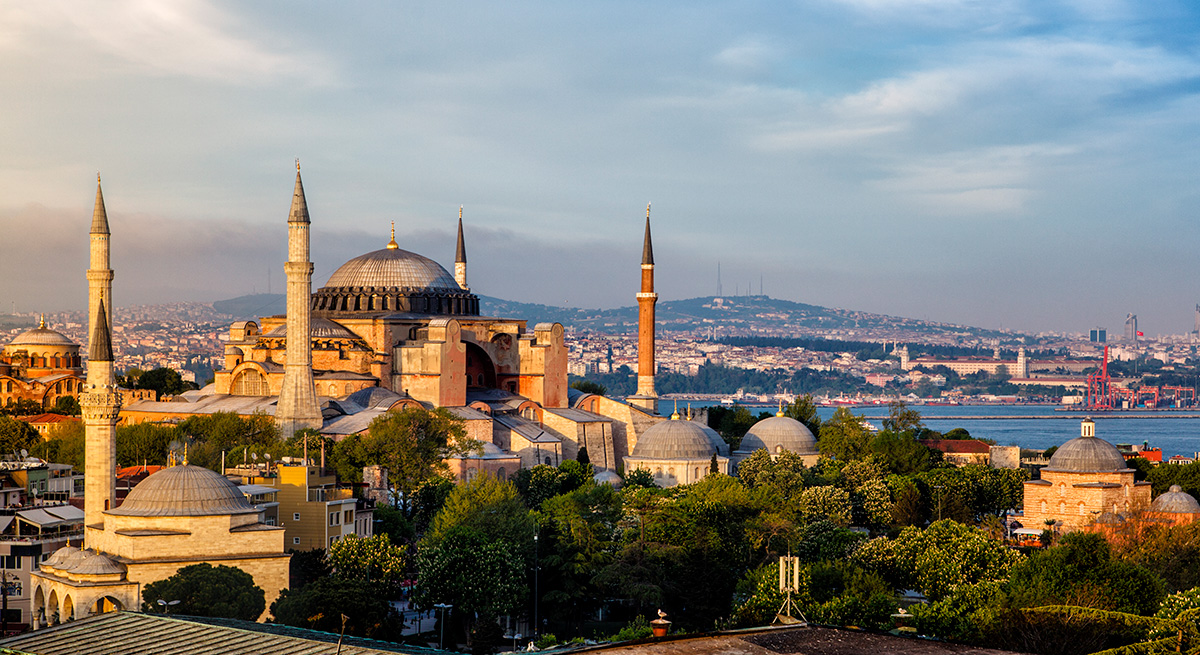 It is likely that a Turkish court will declare next month that the Hagia Sophia should be converted to a mosque. This is yet another manifestation of the Turkish government's contempt for that nation's Christian heritage, and for the remaining Christians of Turkey. It reveals yet again the mindset that leads to the Ecumenical Patriarchate being systematically deprived of basic legal rights. Dr. Anthony J. Limberakis, National Commander of the Order of Saint Andrew the Apostle, Archons of the Ecumenical Patriarchate, has addressed an urgent appeal to President Trump, asking that he intercede with the government of Turkey to prevent this new insult to the Christians of Turkey and the world at large.

An early July court hearing in Turkey will likely declare that the Hagia Sophia in Istanbul should be converted to a mosque. The Order of Saint Andrew the Apostle, Archons of the Ecumenical Patriarchate, urgently hopes and requests that you protect the religious freedom of Christians in Turkey and the common heritage of humanity by preventing this sacrilegious and unnecessary decision.

We are truly grateful for your championing of our Christian Faith and, most especially, for your June 2, 2020 Executive Order on Advancing International Religious Freedom, which stated: “Religious freedom for all people worldwide is a foreign policy priority of the United States, and the United States will respect and vigorously promote this freedom.”

Turkey’s plan to turn the Hagia Sophia into a mosque directly challenges that religious freedom. It is part of ongoing efforts to delegitimize the remaining Christian population of Turkey, further eroding their religious freedom, and to obliterate a significant element of the Christian heritage of Turkey and the surrounding region, as well as of the entire world. Converting Hagia Sophia Museum, a UNESCO World Heritage Site to a mosque, would render it the patrimony of one nation, an unjust and provocative act as this historic site truly belongs to the world. Built in the sixth century by the Byzantine Emperor Justinian, Hagia Sophia was known for nearly a thousand years as the Great Church of Christ. It was the foremost Christian Cathedral in the entire world, and was revered by Christians of all faith traditions, as well as by non-Christians, for its splendor and grandeur, architectural innovation, and beauty.

Converted to a mosque after the Turkish conquest of Constantinople in 1453, the Hagia Sophia rightly became a museum in 1935, a monument of the human spirit and a living symbol of respect for all faiths. To convert it into a mosque now would be to repudiate that respect and deny the Hagia Sophia’s origin as a Church dedicated to Jesus Christ and as a sacred place, a part of our collective heritage.

We urgently request that you ensure that the government of Turkey will affirm its commitment to religious freedom and discard all plans to change the status of the Hagia Sophia, which will, in effect, wipe out the quintessential historical presence of Christ and the Christian Church in modern-day Turkey.

In advocacy of religious freedom, I remain,