Existential Threats Confronting the Ecumenical Patriarchate: Why Americans Should Care 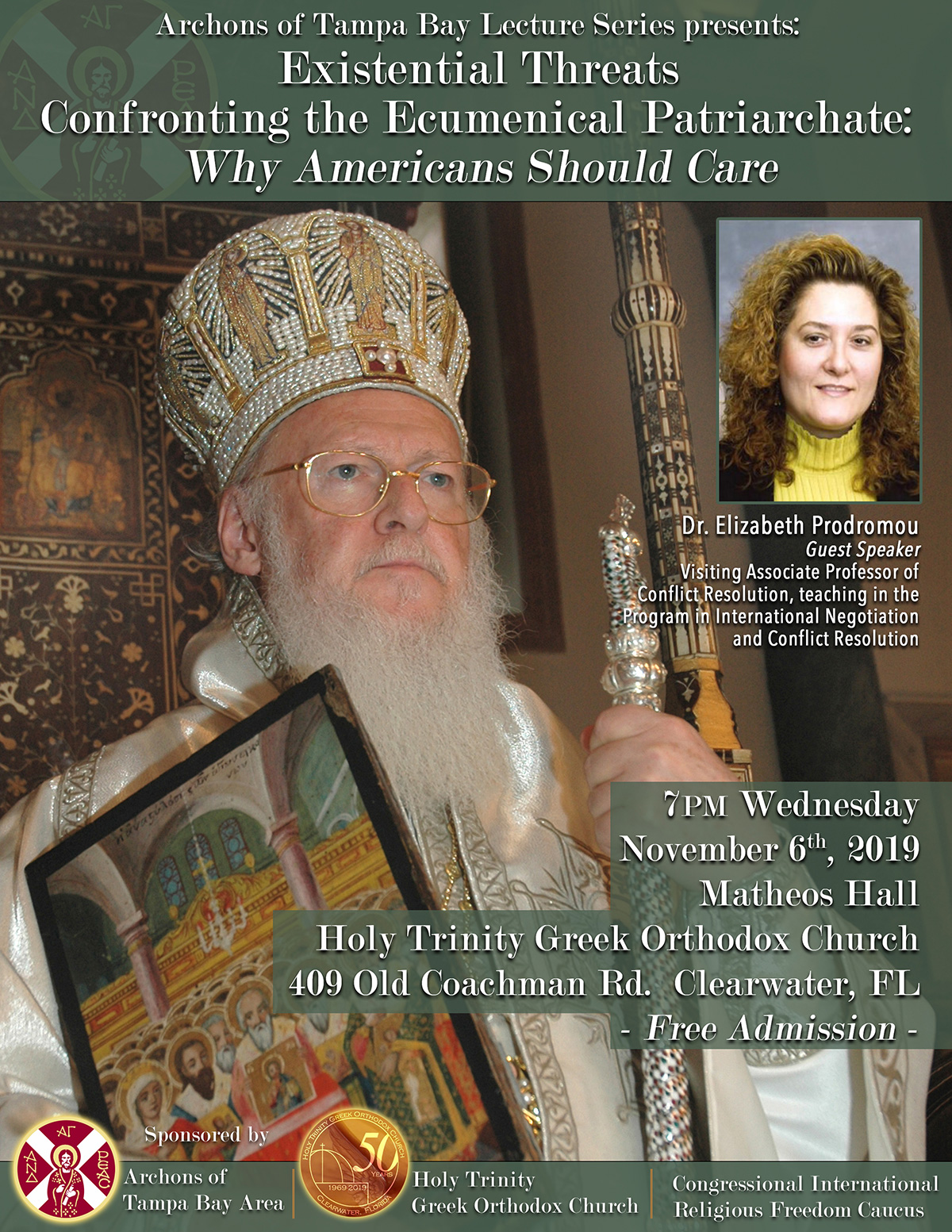 On November 6, 2019, the Archons of the Tampa Bay area will present a lecture by Dr. Elizabeth Prodromou speaking on a topic of pressing importance for all Orthodox Christians: “Existential Threats Confronting the Ecumenical Patriarchate: Why Americans Should Care.”

Dr. Prodromou is visiting associate professor of conflict resolution at the Fletcher School of Law and Diplomacy at Tufts University in Medford, Massachusetts. She is a non-resident fellow at The Hedayah International Center of Excellence for Countering Violent Extremism (Abu Dhabi) and a Senior Fellow in National Security and International Policy at the Center for American Progress, Washington, D.C. In addition to her diplomatic service as vice chair and commissioner on the U.S. Commission on International Religious Freedom (2004-2012), she served in an advisory capacity as a member of the U.S. Secretary of State’s Religion and Foreign Policy Working Group (2011-2015).

Her research focuses on religion and geopolitics, and she is a well-known expert on Orthodox Christianity and Islam. Her current research focuses on the security and human rights implications of Christian sustainability in a religiously plural Middle East, as well as on Greece as a critical case study of how mixed migration flows are reshaping the religion-security nexus in Europe.

Published widely in scholarly and policy journals and a frequent contributor and commentator in international media, she holds a Ph.D. and an S. M. in political science from MIT, an M.A.L.D. from The Fletcher School of Law & Diplomacy, and a B.A. in International Relations and History from Tufts University. She is co-editor and contributor for Eastern Orthodox Christianity and American Higher Education and of Thinking Through Faith: New Perspectives from Orthodox Christian Scholars.