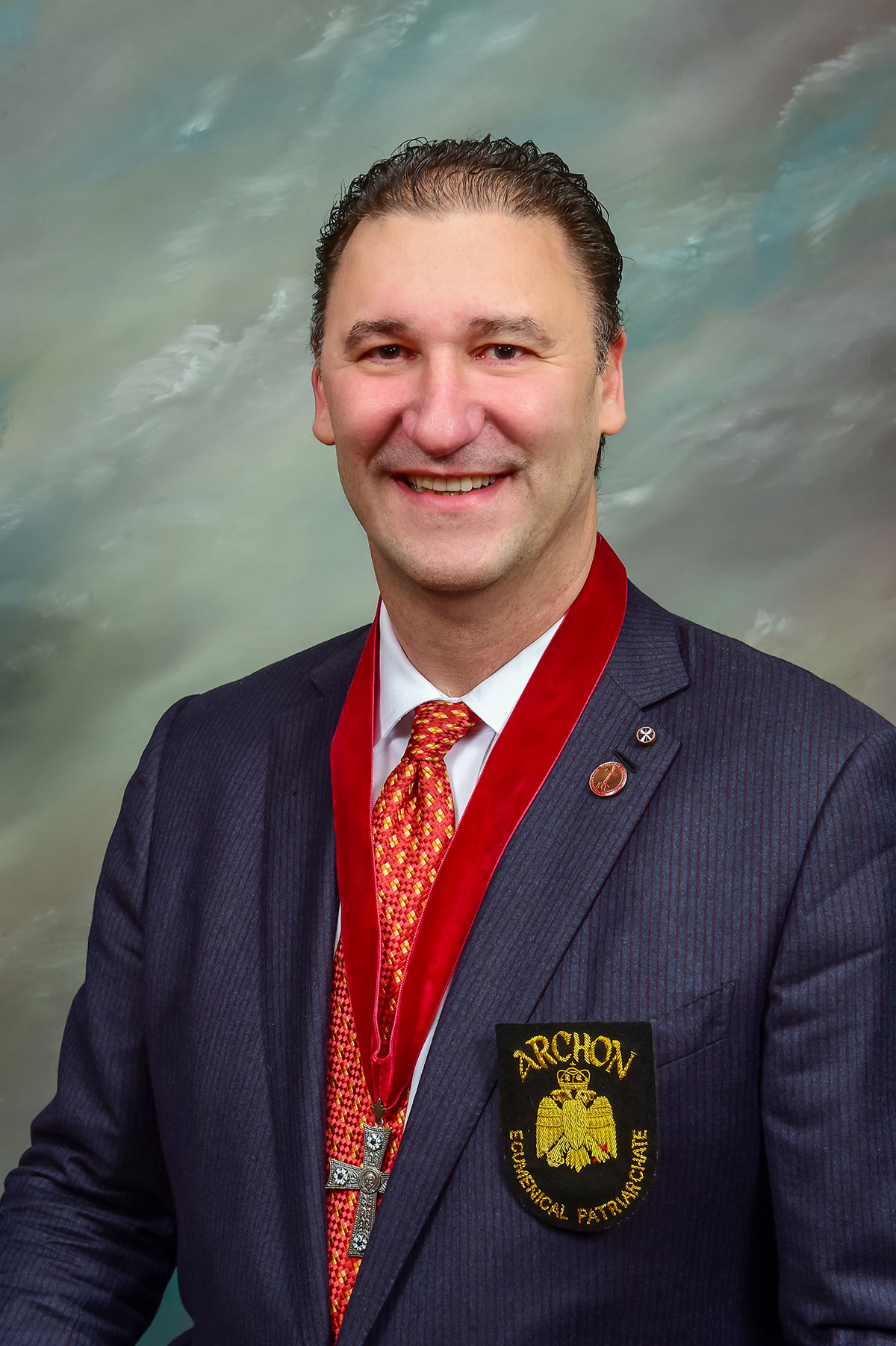 His Eminence Archbishop Elpidophoros expressed his pleasure at the appointment, stating: “As recipients and stewards of the great treasure of the Gospel message, we Orthodox Christians are called to protect it, keeping its message pure. As he has served his Steubenville, Ohio parish, Holy Trinity, and the Church in general, Archon Nicholas has proven himself a worthy recipient and steward of this immense treasure. In Archon Peter, Archon Nicholas, and Archon-elect Nicholas, the Order of Saint Andrew the Apostle in the Metropolis of Pittsburgh has a peerless and highly qualified team at the helm.”

“I’m deeply honored and pleased to be able to make this appointment,” said Dr. Limberakis. “Regional Commanders are recognized leaders in their communities, and do a great deal to set the tone for the activities of the Order in their region. It is in large part up to them to organize their fellow Archons and energize them to be worthy Defenders of our Holy Faith. In Archon Nicholas, I know the Order has just the man for this sacred work; he is a dynamic local leader who has organized multiple events in the last few months throughout the Pittsburgh Metropolis for the benefit of the International Orthodox Christian Charities (IOCC). The Metropolis of Pittsburgh now has a trio of Regional Commanders who will bring the Order’s initiatives to defend and support our Holy Mother Church to wonderful fruition. On behalf of the Order of St. Andrew, I express heartfelt congratulations to Archon Nicholas, his beloved wife Maria, his daughter Ava and the Holy Trinity Greek Orthodox Church of Steubenville. Axios!”

“This is an immense honor,” noted Archon Terezis. “At the same time, I’m aware that the title of Regional Commander is not just an honorific. This is a great responsibility, as well as a wonderful opportunity to serve the Order, the Metropolis, the Archdiocese of America, and the Holy Mother Church. I am humbled and grateful to God to have been considered worthy of this great work.”

Archon Terezis was invested as Archon on October 18, 2015 and conferred with the offikion Ekdikos. He is the founding partner of Marathon Strategic Advisors, LLC, and has acted as the company’s President and Chief Investment Officer since its inception in 1999. Archon Terezis also currently serves as Chairman of the IOCC’s Pittsburgh Metropolitan Committee. He is a Trustee of Eastern Gateway Community College Foundation; and an Investment Committee Member of his parish, Holy Trinity Greek Orthodox Church of Steubenville, Ohio.