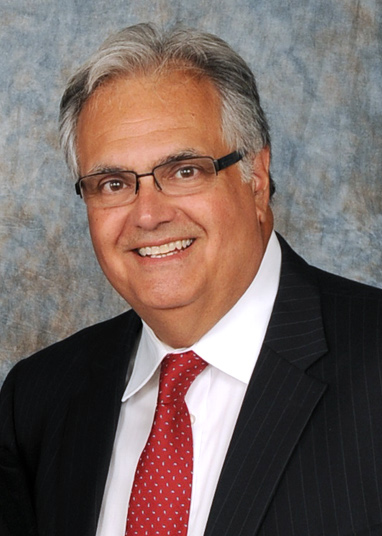 “Archon-elect Nicholas,” noted His Eminence Archbishop Elpidophoros, “is well aware that as Orthodox Christians, we have been given a sacred trust. In his long years of service to his All Saints Greek Orthodox parish in Weirton, West Virginia, he has demonstrated his keen awareness of the fact that we have received the treasure of the Gospel, the Good News of Jesus Christ, and that with this sacred trust comes the great responsibility to share it. With this appointment, that Gospel imperative is in excellent hands in the Metropolis of Pittsburgh.”

Dr. Limberakis stated: “Regional Commanders take leadership roles in their communities regarding the multifaceted Religious Freedom Initiative on behalf of the Ecumenical Patriarchate to prevent the asphyxiation of the religious center of world Orthodoxy, and in regard to many other initiatives of the Order. As such, I am pleased that a man of the caliber of Archon-elect Nicholas was available to help shoulder these responsibilities. Cognizant that he is still technically an Archon-elect from the Class of 2020, it is my thoughtful intention to welcome new ideas and vision to the Order by including neophyte Archons such as Archon-elect Nicholas who has already proven himself in other venues of the Church and could offer an important perspective. On behalf of the Order of St. Andrew, I express heartfelt congratulations to Archon-elect Nicholas, his beloved wife Pearl, his entire family and the All Saints Greek Orthodox Church of Weirton. Axios!”

Archon-elect Tranto said: “Regional Commanders are tasked with planning annual Archon gatherings in their region, and with encouraging all Archons to participate in various activities of the Order. I consider this a sacred work our Holy Mother Church, and am deeply honored to accept this appointment. I am especially looking forward to the historic Apostolic Visitation of His All-Holiness Ecumenical Patriarch Bartholomew to our beloved All Saints Greek Orthodox Church here in Weirton, WV!”

Archon-elect Tranto was named an Archon in 2020 but his investiture was delayed by the Covid-19 pandemic. He will be invested as Archon and conferred with an offikion on October 31, 2021, during the visit of His All-Holiness Ecumenical Patriarch Bartholomew to the United States.

Archon-elect Tranto led a distinguished 36 year career with the US Treasury Department of the Internal Revenue Service as a senior Tax Policy Manager in Washington DC and upon retirement founded a consulting firm specializing in domestic and international excise taxes. He has served his parish and the Metropolis for many years in various capacities and has been the president of his parish council for the past 4 years.