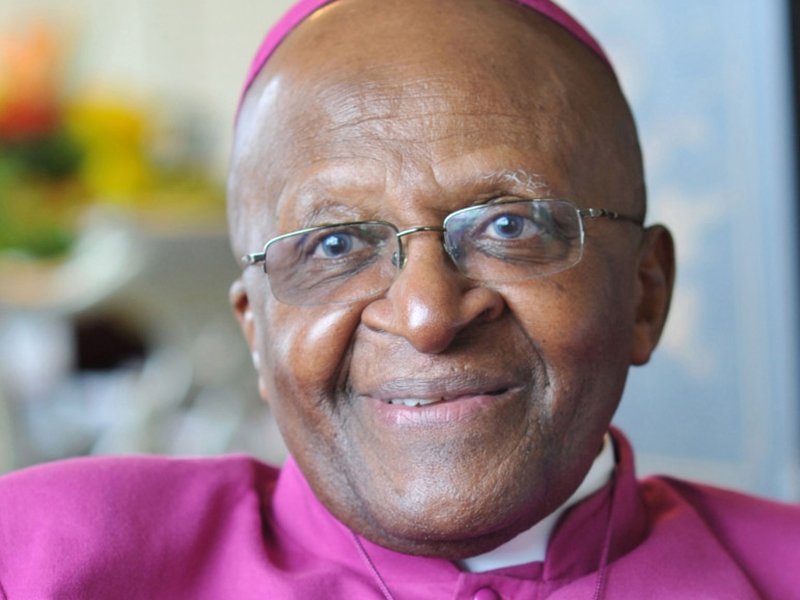 His Eminence Archbishop Demetrios, spiritual leader of 1.5 million Greek Orthodox Christians in America, has announced that Nobel Peace Prize Laureate Archbishop Desmond Tutu is the recipient of the Athenagoras Human Rights Award for the millennium year 2000. The award will be presented on March 4th, at the New York Hilton Hotel at the annual banquet of the Order of St. Andrew, distinguished laymen of the Greek Orthodox Church who have been granted the title of Archon by the Ecumenical Patriarchate of Constantinople. More than 1,000 people are expected to attend the banquet which will begin with a reception at 6:00 p.m. and dinner at 7:00 p.m.

Established in 1986, the Athenagoras Award honors Patriarch Athenagoras who served as Archbishop of the Americas for 18 years before being elected Ecumenical Patriarch in 1948. He was universally acknowledged as a visionary leader of Orthodoxy, numbering over 250 million faithful worldwide, who worked for peace among Churches and people throughout his life. Previous recipients have included President Jimmy Carter, Mother Teresa and Elie Wiesel.

One of the most iconic figures in the struggle to eradicate apartheid and promote religious freedom and human rights, Archbishop Desmond Tutu has deeply permeated the conscious of South Africa as well as the entire world. Civil rights activist, clergyman, teacher, and author, he was awarded the 1984 Nobel Peace Prize in recognition of the courage and heroism expressed by black South Africans in their peaceful methods in the fight against apartheid.

According to National Commander Dr.Anthony J. Limberakis, the evening will conclude with the introduction of the Archon Class of 2000 to be invested during the Divine Liturgy on Sunday, March 5th at the Archdiocesan Cathedral of the Holy Trinity. His Eminence Archbishop Demetrios will preside at the Ceremony of Investiture for 30 distinguished laymen from throughout the United States as new Archons of the Great Church of Christ, committed to uphold and defend the rights of the Ecumenical Patriarchate.