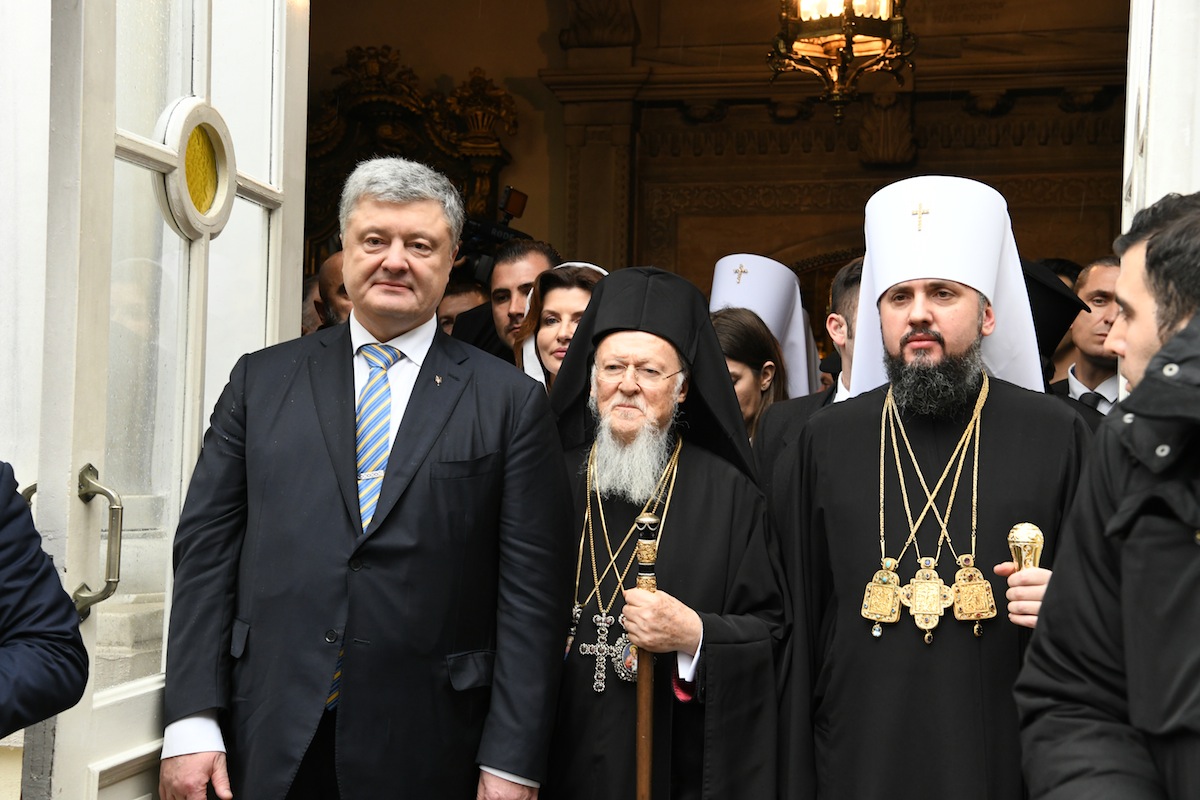 View Photos of the Signing of the Tome

Today, January 5, 2019, in the presence of Epiphanios, the Metropolitan of Kiev and of all Ukraine, the President of Ukraine Petro Poroshenko and his family, hierarchs and clergy, a multitude of Ukrainian state and government officials, and officials and media representatives from all over the world, His All-Holiness Ecumenical Patriarch Bartholomew, in a special session held in the Patriarchal Church in the Phanar, signed the document of the Tome of the official recognition and proclamation of the Autocephaly of the Ukrainian Orthodox Church.

“The pious Ukrainian people have awaited this blessed day for seven entire centuries. And, behold, the fullness of time has come for them, too, just as so many Orthodox peoples beforehand, to enjoy the sacred gift of emancipation, independence and self-governance, becoming free from every external reliance and intervention, which have not always been nurturing and respectful of their own identity,” the Ecumenical Patriarch said in his speech immediately after the reading of the Tome by the Archimandrite Joachim of the Holy and Sacred Synod. His All-Holiness noted that today the new Autocephalous Church takes its place “in the choir of the fourteen sister Churches that comprise ‘the whole institution’ of our holy Orthodox Church.”

This is a world-historical event of immense significance for all Orthodox Christians. The question of autocephaly (self-governance) has for an immense period of time divided the sacred unity of Orthodox Christianity in the Ukraine.The Ecumenical Patriarch has now taken the pastoral initiative to heal these divisions and grant independence to the Church in Ukraine.

Find out why this is so important for the entire Church, and learn how to explain the issues at hand simply and clearly, and defend the actions of His All-Holiness. Join us for a first-ever nationwide Virtual Town Hall Meeting on January 26, 1-3PM EST.More details are coming soon, but save the date now!

We give thanks to God for the blessed events of today and beseech Him to grant peace, unity and continuing spiritual renewal to the Orthodox Autocephalous Church of Ukraine.