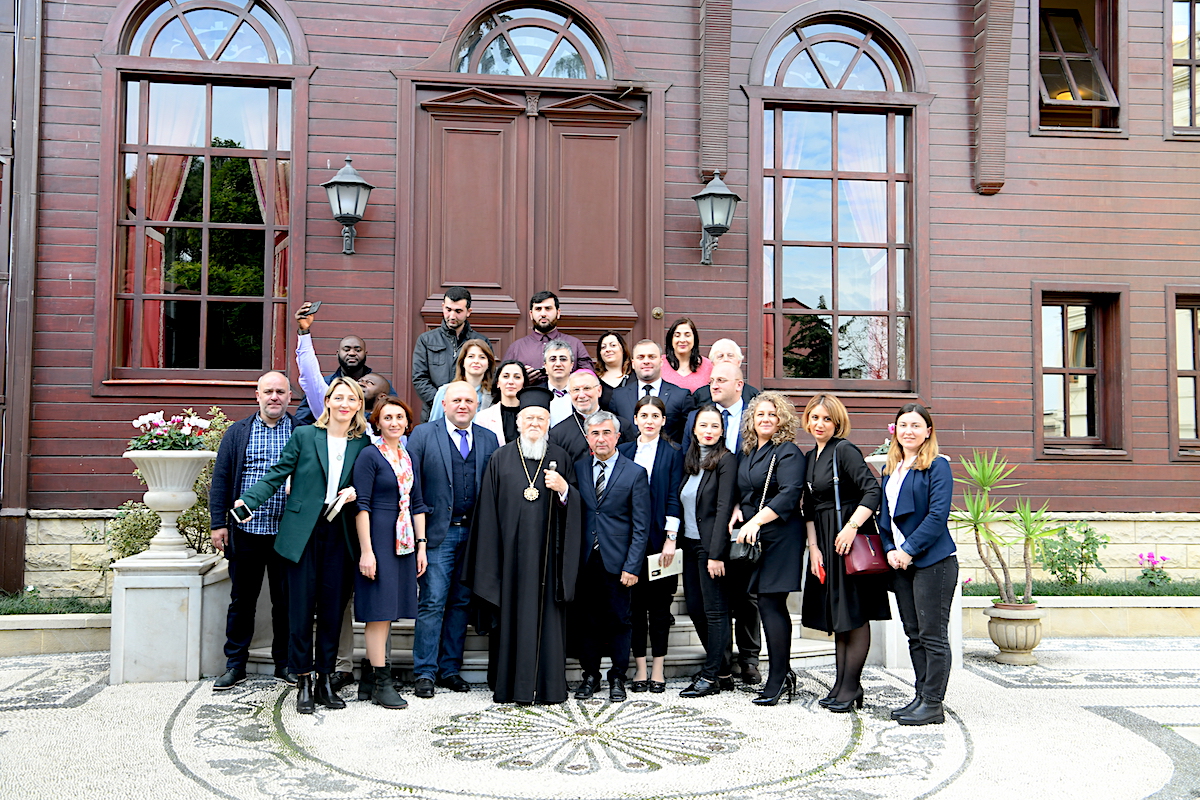 “He is a luminous personality not only for your Church and country, but for all Orthodoxy”

Speaking of the centuries-long historical ties between Georgians and Greeks, which are based on their common Orthodox faith, Ecumenical Patriarch Bartholomew on Saturday, November 23 welcomed to the Phanar professors and students of Sulkhan-Saba Orbeliani University, headed by the Roman Catholic Bishop of the Caucasus, Giuseppe Pasotto, and Rector Vaja Vardidze. Among the professors was the Greek-speaking Dean of the University School of Theology, Professor Gocha Barnovi.

“Our peoples, Georgian and Greek, have historical ties. We have different manners and customs, different languages, but the common Orthodox faith unites us, ”said His All-Holiness, addressing the Tbilisi-based university delegation. “His Beatitude Catholicos-Patriarch Ilya is a luminous personality not only for your Church and country, but for all Orthodoxy. Not only do I love him as a brother, but I also respect and admire him as a national hero.”

“We want the relations of our two Churches to be close, to be brotherly and to be further promoted,” he said elsewhere in his brief greeting.

His All-Holiness also referred to the ministry of the Ecumenical Patriarchate.

“We have been rooted here for many centuries. We continue with the tradition today, the Christian witness that our Patriarchate gives in a non-religious environment and country, and we strive to do our best to promote and unite Orthodoxy, as much as it depends on us, which is not always easy, as we can see from the current state of inter-Orthodox relationships and issues.”

He welcomed the good relations the university has with the local Roman Catholic community of Georgia, and noted that dialogue with other Christians, and in particular with the Roman Catholic Church, is one of the priorities of the Ecumenical Patriarchate today, as it is necessary, especially today, for Christians to be able to have a common witness to the challenges of the day.

Finally, His All-Holiness offered everyone a copy of his book, “Meeting the Mystery,” which was recently published in Georgian.