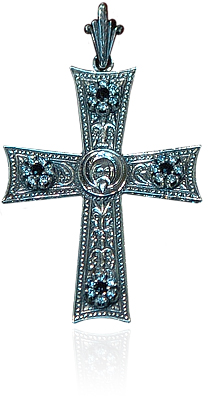 One of the greatest honors bestowed on a layman of the Great Church, and one of the most sobering responsibilities which an Orthodox communicant can assume, is to be named an Archon of the Ecumenical Patriarchate. Each year, the Archon Offikion is conferred upon a select group by the Ecumenical Patriarch, as represented by his Exarch, the Archbishop of America. The By Laws of the Order generally limit the number of new Archons to approximately 22 annually.

Members of the Order of St. Andrew may participate in the process by nominating worthy candidates to become new Archons and new members of the Order. Those wishing to do so in 2010 should contact the National Office for a Credentials Form. In order to be considered for the next investiture ceremony, scheduled for late October, nominations must have been received at the National Council Office by May 31. As shown on the form, nominations must be submitted by a member of the Order and endorsed by the local hierarch, priest, and a regional commander or his designee.

Article IX, Section 3 of the By Laws of the Order of St. Andrew specifies that a candidate must possess the following qualifications:

After all nominations are received on a timely basis, the National Council selects the candidates (generally 22) who are deemed most qualified for consideration by the Exarch and the Ecumenical Patriarch. In order to be as objective as possible, the National Council can only consider the biographical information contained in the Credentials Form. The National Council endeavors independently to authenticate all biographical data. Misrepresentation of a candidate’s service to the church or his community may negatively affect his selection. Candidates evidencing the above qualifications, who are not selected, are automatically deferred for consideration in succeeding years. Candidates selected are requested to affirm their support for the Ecumenical Patriarchate in writing, as a condition to receiving their Offikia. It is strongly recommended that candidates not be advised they have been nominated until after the process has been completed.

If there are any questions, please call the National Council office.