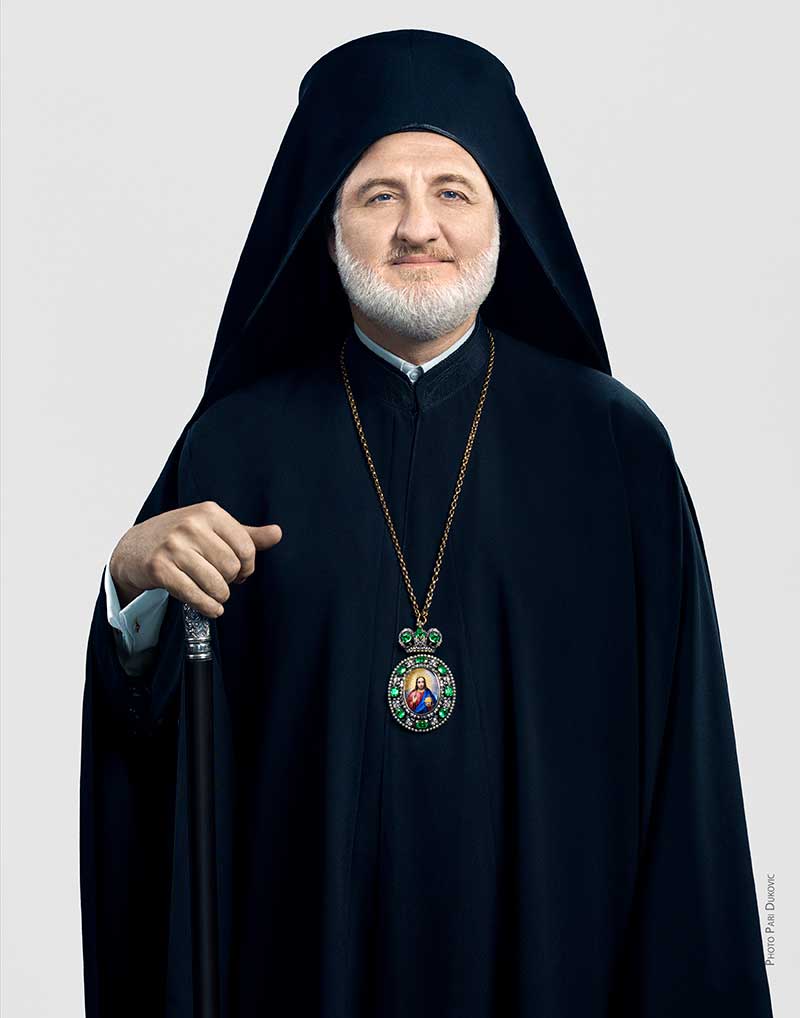 His Eminence Archbishop Elpidophoros (Lambriniadis) of America was born in 1967 in Bakirköy, Istanbul. He studied at the Department of Pastoral Theology at the Theological School of the Aristotle University of Thessaloniki, graduating in 1991. In 1993, he completed postgraduate studies at the Philosophical School of the University of Bonn in Germany, submitting a dissertation entitled: “The Brothers Nicholas and John Mesarites.” He was ordained to the Diaconate in 1994 at the Patriarchal Cathedral and appointed Kodikographos (Scrivener) of the Holy and Sacred Synod.

In 1995, he was appointed Deputy Secretary of the Holy and Sacred Synod. From 1996-1997 he studied at the Theological School of St. John the Damascene in Balamand, Lebanon, where he advanced his knowledge of the Arabic language. In 2001, he presented a doctoral dissertation at the Theological School of the Aristotle University of Thessaloniki under the title: “Severus of Antioch and the Council of Chalcedon” and was proclaimed a Doctor of Theology. In 2004, he was invited to Holy Cross Greek Orthodox School of Theology in Boston, where he taught as Visiting Professor for a semester.

In March 2005, at the proposal of His All-Holiness Ecumenical Patriarch Bartholomew, he was elevated by the Holy and Sacred Synod to the position of Chief Secretary and ordained to the priesthood by the Ecumenical Patriarch in the Patriarchal Cathedral. In 2009, he submitted two dissertations to the Theological School of Thessaloniki and was unanimously elected Assistant Professor of Symbolics, Inter-Orthodox Relations, and the Ecumenical Movement. The dissertations are entitled: “The Synaxes of the Hierarchy of the Ecumenical Throne (1951-2004)” and “Luther’s Ninety-five Theses: Historical and Theological Aspects. Text - Translation - Commentary.”

In March 2011, he was elected Metropolitan of Bursa and in August of the same year was appointed Abbot of the Holy Patriarchal and Stavropegial Monastery of the Holy Trinity on the island of Halki. He has served as Orthodox Secretary of the Joint International Commission for the Theological Dialogue between the Orthodox Church and the Lutheran World Federation and member of the Patriarchal delegations to the General Assemblies of the Conference of European Churches and the World Council of Churches. He was the Secretary of the Pan-Orthodox Synods in Sofia (1998), Istanbul (2005), Geneva (2006), and Istanbul (2008). He has been a member of the Faith and Order Commission of the World Council of Churches since 1996. 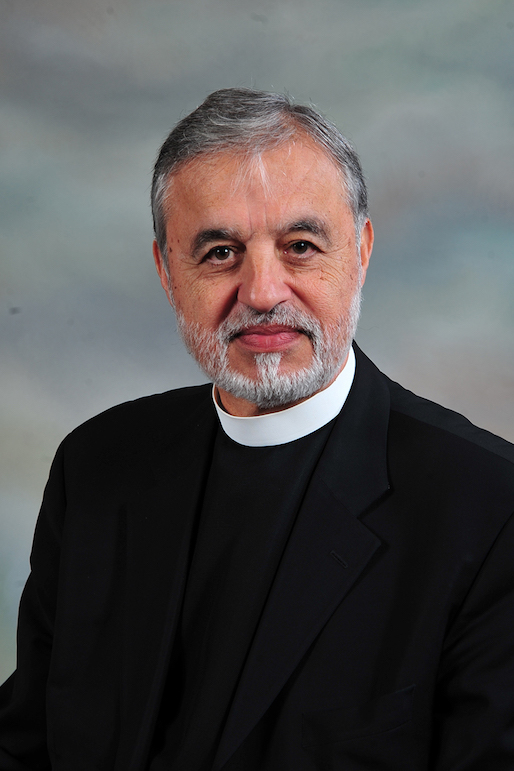 Fr. Alexander (better known as Father Alex) has been an assistant to three Archbishops. Currently he is the spiritual adviser to the Order of Saint Andrew, Archons of the Ecumenical Patriarchate in America, and to Faith: An Endowment for Orthodoxy and Hellenism. He serves as special assistant to the Archbishop working as liaison with heads of churches, the White House, the Congress, state and local officials, Greek American organizations, political action and religious freedom and human rights groups. He is also the Orthodox chaplain for the Port Authority of New York and New Jersey. Together with his son-in-law, Father Constantine Lazarakis, he pastors the Dormition of the Virgin Mary Greek Orthodox Church of the Hamptons.

Father Alex previously served as the executive director of Leadership 100, (1986 to 1992 and 1999 to 2004), and was appointed by Archbishop Iakovos as the first vicar of public affairs of the Greek Orthodox Archdiocese of America in 1985, holding that position simultaneously until 1992 when he was appointed special assistant to His All-Holiness Ecumenical Patriarch Bartholomew at the Ecumenical Patriarchate of Constantinople.

Father Alexander first served as an assistant priest at SS. Constantine and Helen in Chicago in 1970 where he was active in youth ministries. He was appointed Archdiocesan Director of Youth Ministry in 1974, moving to the Archdiocesan headquarters in New York. In 1978, he was appointed Archdiocesan Director of the Office of Church and Society where he served until 1980 when he assumed the directorship of the newly established Department of Communications.

He, along with his wife Presbytera Xanthi, have been instrumental in fundraising efforts for the ministries and beautification of Long Island's jewel-- the Dormition of the Virgin Mary Greek Orthodox Church in Southampton. They are now involved in efforts towards the rebuilding of Saint Nicholas Greek Orthodox Church and National Shrine at the World Trade Center.