About the Orthodox Church
Theology and Spirituality
Global Orthodoxy
Source

About the Orthodox Church

The Orthodox Church numbers worldwide around 300 million people, who live primarily in eastern and northern Europe, along the coast of the (northeastern) Mediterranean, and in the Middle East. The church is composed of a number of self-governing or patriarchal churches that are united in a form of international federation within which each local church retains its independence while remaining committed to oneness in faith and worship.

The term “Orthodox” was first adopted in the early fourth-century Christian church by the Greek fathers in order to determine and distinguish the canonical faith from heterodox (heretical) doctrines and deviations. Today, “Orthodox” forms part of the official title of the Eastern Orthodox Church and those in communion with it. Certain other Eastern churches include “Orthodox” in their titles even though they were separated in the fifth century as a result of the Monophysite controversy over the question of Christ’s two natures.

The hierarchy and administration of the Orthodox Church is based on the ancient orders of bishop, presbyter (priest), and deacon. Each diocese has integrity as the full expression of the church, while maintaining full communion and unity of faith with every other diocese. Many people tend to think of the church as a vast, worldwide institution. Yet, the concept of universality, or catholicity, as expressed in the local community, is a fundamental aspect of Orthodox theology and tradition, which recognizes each local eucharistic gathering as related on the principle of Orthodox identity and as a reflection of the fullness of the body of Christ.

As a result of this vision of the church, or ecclesiology, one may refer to the Orthodox Church, as well as to the Orthodox churches. In this “one body of Christ” comprising “many parts,” the Ecumenical Patriarchate serves as the “first among equals,” as mother church to a family of local churches throughout the world.

The Orthodox Church is characterized by a profound sense of continuity with the early Christian church as entrusted to the Apostles by Jesus Christ, adhering to the faith and practices defined by the first seven ecumenical councils. The word “Orthodox” signifies both “right believing” and “right worshipping,” and so the Orthodox Church is recognized as the bearer of an uninterrupted living tradition of true faith lived out in worship.

The doctrine of the Holy Trinity (Father, Son, and Holy Spirit) underlies all Orthodox theology and spirituality. Salvation is never abstract but always personal. It is also communal, implying sharing. It is on the teaching about the Holy Trinity that the conciliar and hierarchical structure of the Orthodox Church rests.

Furthermore, the mystery of the Trinity is revealed in the supreme act of divine love expressed through the incarnation of the Word of God (the Son), who assumed flesh, embracing and healing all humanity that is called to become deified by grace (theosis) and the entire creation that is called to transfiguration by divine energies.

Participation in the deified humanity of Jesus Christ is the ultimate goal of the Christian life, accomplished through the Holy Spirit in the sacramental life of the church. The Orthodox Church experiences and expresses its theology in liturgy, which has in fact accounted for the survival of the church in times of adversity. It was the liturgical dimension of the church that encouraged and educated Orthodox faithful during roughly four hundred years of Ottoman rule of Greece, the Balkans, and other areas of the former Byzantine Empire, as well as more recently during persecutions in post-revolutionary Russia.

The roots of the church lie in Scripture and tradition, as these are manifested in the life of the church and the early fathers. Orthodox Christianity seeks the living experience of truth not foremost in external criteria but in the communion of saints, wherein the Mother of God, or Theotokos, holds a special place of honor.

Venerated from the early cult of the martyrs, the saints comprise the body of Christ and are honored as witnesses to the fullness of the experience to which all baptized Christians are called. As such, the saints are considered intercessors for all Christians. They cover a range of professions and functions, reflected in their titles. For instance, St. George is known as Great Martyr and Trophy-Bearer. In most Orthodox cultures, the faithful are baptized with the name of a saint, and celebrate the feast day of that saint in the place of a birthday.

Orthodox worship and spirituality appeal to all the senses. Therefore, icons, or sacred images, reflect a sense of beauty and glory, providing perhaps the most striking and most widely appreciated aspect of the Orthodox Church. The distinctiveness and multitude of icons is the fruit of a long theological reflection unique to the Orthodox world. Icons are venerated, not worshipped. They are the faith depicted in color, constituting part of the transfigured cosmos. Since early Christian times, and especially since the Seventh Ecumenical Council (Second Council of Nicaea, 787), sacred icons have provided specific affirmation of the doctrine of divine incarnation as well as general education in matters of faith. The end of a long controversy over icons in 843, in Constantinople, is solemnly remembered each year on the first Sunday of Great Lent, also known as the Sunday of Orthodoxy.

Finally, the importance of apophatic (negative) theology—underlining the mystery and transcendence of God even while affirming his presence and immanence—dictates a reluctance to define or pontificate on matters of ethical importance. The deeper conviction always is that truth can never be exhausted, while each human person is uniquely created in the image of God, never able to be reduced to anything less than a mystery.

Instead, the Ecumenical Patriarch—as “chairman of the board”—brings the bishops together in meetings called “councils” or “synods” to discuss and decide important issues. He does this at two levels:

The Ecumenical Patriarch is often asked to resolve disagreements in other patriarchates, to help bishops in other countries, and to assist with the growth of another Orthodox Church. For example, in 1992, the Ecumenical Patriarchate helped restore the Orthodox Church of Albania, which had been almost totally destroyed by the Communist government that had ruled from 1945 to 1991.

The Autocephalous Orthodox Churches, in order of seniority:

In addition to the Greek Orthodox Churches in Turkey, the Ecumenical Patriarchate is comprised of: 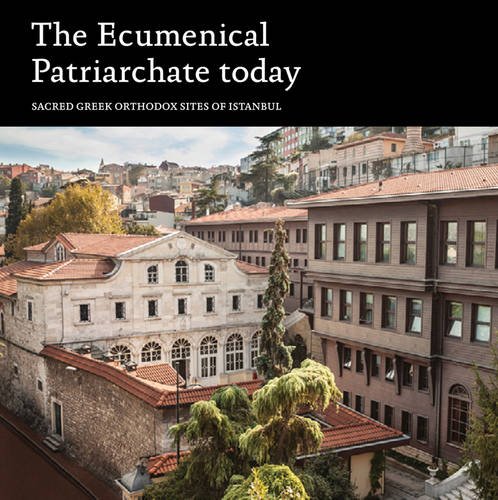 Much of the content from this section is taken from The Ecumenical Patriarchate Today: Sacred Greek Orthodox Sites of Istanbul, courtesy of Rev. John Chryssavgis and published by London Editions Turkey Ltd.

Publication of this book was made possible by the generous support of the Order of St. Andrew the Apostle, Archons of the Ecumenical Patriarchate in America.

The book is available for purchase on Amazon.